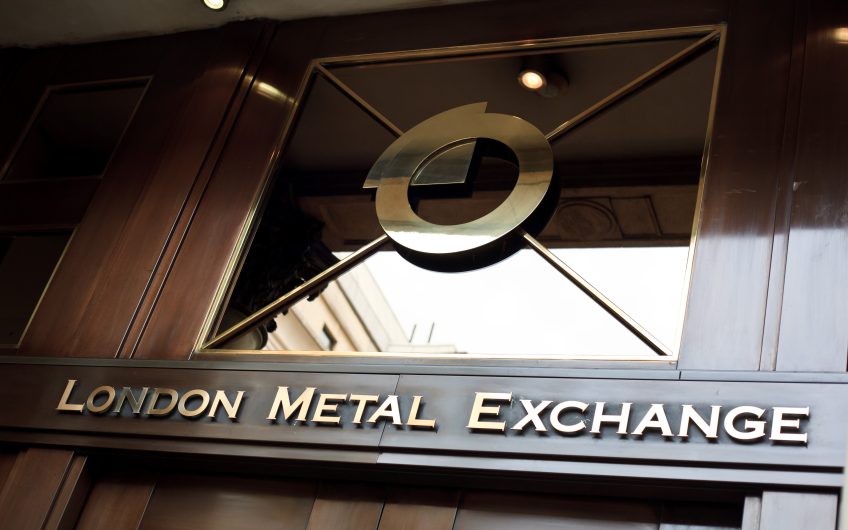 Anthony Lipmann remembers working at the London Metal Exchange, the last live trading pit in London, which has closed due to COVID

In May 2019, Donald Trelford wrote on The Oldie Blog recalling centenarian Sir Robert Mayer (‘the man who almost played for Brahms’ and founder of ‘Concerts for Children’).

At 99, after lunch, Trelford noted, he was ‘on his way to the Metal Exchange in the City where he had made his fortune.’

Sadly, thanks to Covid, the physical LME is no more and the besuited barrow boys won't be coming back.

So it is that the exchange founded in 1876 in the congenial atmosphere of The Jerusalem Coffee House in the City will no longer be a place, but a computer…

Those who have never attended the LME tend to be magnetised by TV coverage of screaming traders climbing over each other while signing to each other in inexplicable tic tack signs.

Indeed, it is an awe-inspiring sight – and great fun to watch - a living link to the spit and sawdust of its public house origins when traders gathered to bargain over incoming vessels of copper wirebars from Chile, concentrates coming in from Northern Rhodesia to British Capper Pass smelter in the North East, or Lead/Zinc concentrates from Broken Hill in Australia into Avonmouth.

Not for nothing was the object in the middle of the ring a copper spittoon (or cuspidor) which in its heyday was used for the purpose intended.

The strange concept of selling something you didn’t have to someone who would buy it before it had arrived, and which could be bought and resold several times before its ultimate arrival in Liverpool or elsewhere gave rise to the complexities of what we now call a futures market. But the LME was something more than what is understood by the word ‘futures’ – it was a ‘terminal’ market, meaning that any action to buy or sell could, unless closed out, result in the making or taking of physical delivery.

In fact, it was physical delivery, or the threat of it, that kept prices real. And it was those prices discovered in open outcry across a ring, which were published daily across the world. People believed them because Britain was deemed free and fair, the metal was of a standard form, and the metal itself was in bond (free from tariffs). It was actual shiny copper, not paper, that those shouting traders were trading; in earlier days, the same merchants who visited the mines, arranged the shipments, and sold the goods that kept the wheels of British industry going.

Still in the 1970s, when I joined the trade, everyone lunched and drank themselves silly uncovering each other’s weakness or strengths, building up trust, and swapping rumours. But I was also able to note that even those who had consumed a couple of bottles of red at lunch time, still appeared to have a better command of mental arithmetic than I did.

In the days when I joined the LME in 1979 as the lowest of the low (a grandly named account executive), the ring was still a bear pit and our office in St Katherine’s Docks was a wonderful marriage between what was then called the barrow boys of the East End and the Hooray Henry public school boys, of whom I was one.

Being Jewish allowed me to be not too HH and not too BB. The metals merchanting industry was viewed as a generally Jewish trade, and many of the LME companies were run by refugees from one central European country or another.

Thrown in at the deep end, my job was to obtain business in by using one of several languages to sweet-talk foreign metals works into entrusting our company with their orders, while trying not to be distracted by my younger female colleague, Beverly, creaming her rather long legs for her morning session in the ring.

In my first few days at one firm, which was about the time Maureen Lipman was doing her famous Beattie monologue ads, the barrow boys decided to hilariously call me ‘Maureen’. That was until I managed, completely by chance, to land the first of many 1000 mt orders of Aluminium hedging for a Dutch extruder of aluminium window frames – after which I was re-christened ‘Mo’!

At least it stopped me from being tied to a chair to be sent up and down the lift as others were.

However, sorry to disappoint you, while the LME will indeed lose the close personal contact that came with meeting in a ring for designated daily trading sessions, this great institution has already long been out of kilter with its past.

In the LME's case, the iron nail in the coffin was hammered down in 2012, when the exchange, as a “platform”, was sold for £1.4bn to a Chinese government-owned entity called HK Exchanges & Clearing (HKEx) Co.

Aside from matter of HK's descent into autocracy, the sale did not seem perspicacious. Why would you sell the financial levers governing the pricing of base metals to the sovereign entity most likely to want to control them? Why sell the mechanism to the entity most exposed to those same prices? And, anyway, couldn’t we still run it ourselves?

It seems that those charged with stewarding the LME didn’t agree, and with a share of the loot coming their way, there was little incentive to resist.

When those, such as me, put up some kind of resistance, I was told I was not keeping up with the times and that, to stay at the centre of the world of metal's pricing, the LME needed to abandon its arcane structures and modernize.

What was needed apparently, was another city doorway for all the billions of the world’s tramp money to bed up for the night. In other words the LME wasn't really about metal any more but the financialisation of commodities in general.

Already by 2008, when quantitative easing meant that printed money needed a home in anything but paper, the LME and its metals contracts came to the rescue. JP Morgan at that time was both a Category 1 dealer and owner of LME registered warehouses, as a well as lead recipient for U.S. government quantitively eased dollars.

For those that follow these things, it was not long before so much aluminium was being stored (up to 7 million tons - or, at that time, about 1/5th of world demand) that there wasn't enough room under cover to store it, and it was said it could be seen from space.

But, instead of the millions of tons of LME copper and aluminium causing prices to fall, the prices perversely went up. It was a fine example of water running up hill caused by a perversion in the system which meant that participants were told that physical metal in warehouse could not be released for up to a year or more because of the difficulty of getting at it!

Such perversions under our own home=grown system did nothing for the LME's reputation and certainly led in part to the sale to the Chinese who, paradoxically, after all that I have said, have basically run a fairer market than we were able to do.

So, although I am sad to see another City financial institution go west, or in this case east, the reality is that the wonderful world of open outcry was the only vestige left of an institution that values the whirring of a computerised trading system above fallible humans.