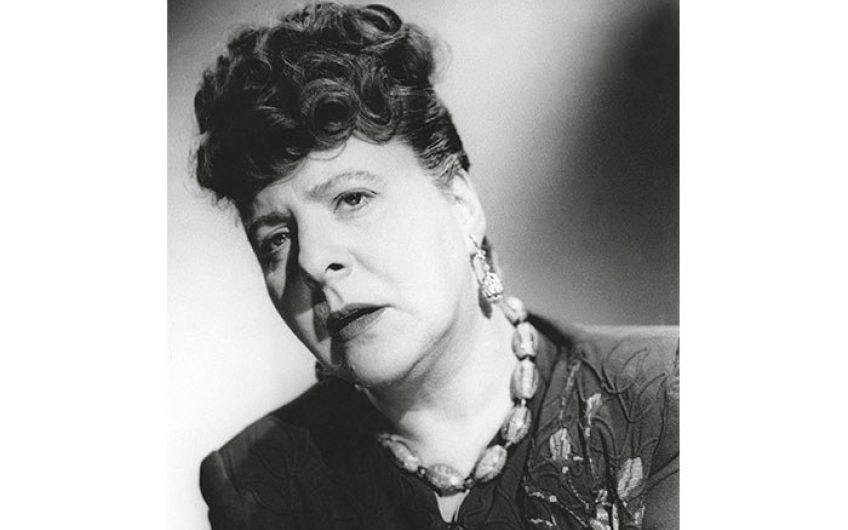 Where have all the dowdy charladies and Miss Marples gone? Liz Hodgkinson remembers a lost breed

Where have all the frumps gone?

In the 1950s and ’60s, they were everywhere, as we were reminded by seeing Judi Dench and Helen Mirren frumped up – or down – in two recent films, Belfast and The Duke. The films, based on true stories, are set in the past – Belfast in 1969 and The Duke in 1961 – when frumps reigned supreme.

The retro TV series Call the Midwife has a statutory frump in Miss Higgins, the austere, no-nonsense and terminally dowdy doctor’s receptionist and busybody, brilliantly played by Georgie Glen.

We oldies remember those great frumps Margaret Rutherford, Peggy Mount and Irene Handl. Irene Handl, particularly, specialised in frumpy spinsters and charladies. These women were so common in British films between about 1945 and 1965 that a whole PhD thesis has been written about them: Claire Mortimer’s Battleaxes, Spinsters and Chars: the Ageing Woman in Post-War British Film Comedy.

Screen frumps were a mainstay of film comedy because they were such a feature of real life at the time. I grew up in the 1950s surrounded by frumps, who were mainly, although not always, spinsters.

Most of my primary and secondary schoolteachers were frumps. So were the older staff in my short career as a teacher in girls’ schools in the mid-1960s.

Frumps were characterised by dreary clothes, scrubbed and make-up-free faces and iron-grey hair that never went near a hairdresser. Sometimes their dowdiness was due to lack of money. But not always, as many early career women were frumpish in the extreme. Female academics tended to be frumps with their own name – bluestockings. It was as if brains and beauty could not possibly exist in the same person, and you had to look drab to be taken seriously.

If you wore colourful clothes and high heels and dyed your hair blonde, you were a sex symbol, not a Latin mistress.

Female politicians were rare, but they did exist and were symbolised in the public’s consciousness by Bessie Braddock (1899-1970), the long-serving Labour MP for Liverpool Exchange – seen as a frump and a battleaxe.

Lots of women embraced frumpishness by their late twenties, so keen were they to be seen as sensible adults rather than flighty teenagers. Vicars’ wives were often the worst offenders – they seemed to believe you couldn’t possibly serve both God and glamour.

You never see women like this nowadays, except in period films or TV series. The last frumpish Miss Marple was Joan Hickson (1906-98), who played the amateur detective from 1984 to 1992.

There’s a lingering reminder of the frumpy classical bluestocking in Mary Beard, although I feel her appearance is shrewdly calculated, rather than arising out of lack of concern for her looks.

What brought about the frump’s demise? My generation, the slick chicks of the 1960s, sent her packing permanently. We were the first group to go to university in large numbers. And we were definitely not going to relinquish our miniskirts and sharp haircuts when we left college life and went out to work. In my first job as a teacher, I was pulled up sharply by the frumpish headmistress for my short skirts. I refused to exchange them for a schoolmarmish tweed costume and stout brogues.

That's why today’s female teachers and academics are chic and stylish. The dowdy vicars’ wives of old have evolved into vicars themselves, having come out from the shadows of their husbands.

They now have their very own range of up-to-the-minute, even sexy, clerical wear. Much of it is designed by the Rev Sarah Sykes, who became tired of the dreary clothes on offer and, with her daughter, creates vicars’ outfits that include sequins, satin and lace. And why not? You rarely see a modern female vicar without make-up, either.

Female politicians can be as well dressed as film stars, whatever their political stance. Even charladies, once seen as the ultimate frumps as exemplified by Hilda Ogden in Coronation Street, with her curlers and headscarf, have gone glam. My cleaners arrive in full make-up, with false eyelashes fluttering and painted nails so long that they keep piercing their rubber gloves.

No profession is left where frumps exist, and actresses who convincingly play them are far from frumpish in real life. When Helen Mirren, 76, received her Screen Actors Guild Lifetime Achievement award, she looked as glamorous as ever and a million miles removed from the downtrodden cleaner she played in The Duke.

The frump may still turn up in other nostalgic films, too. As for the actual version, we shall, thankfully, never see her like again.