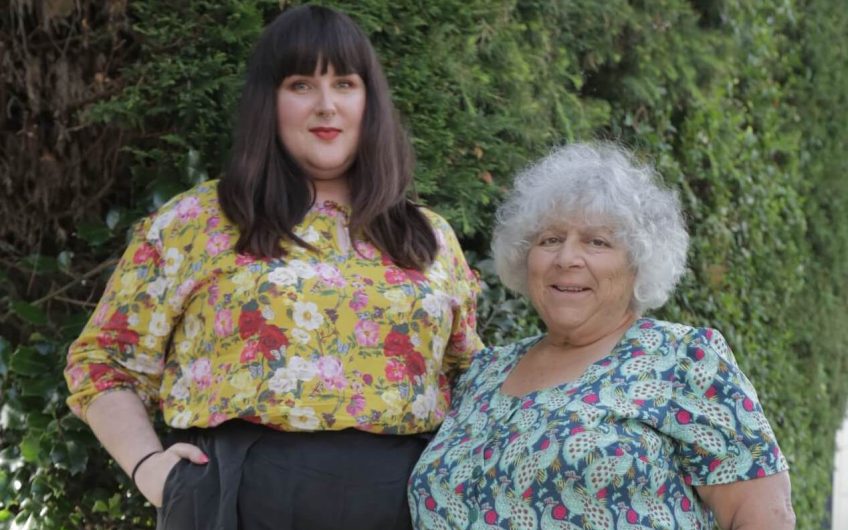 Documentaries on the BBC are such easy watching aren’t they. After five minutes, you know exactly what the conclusion will be. Miriam’s Big Fat Adventure is no different.

It is presented by old thesp and national treasure, Miriam Margolyes. She is perfectly suited to the role. Sympathetic and witty, she asks some fantastically irreverent questions and gets some very interesting answers. She is also capable of some serious sentimental cliché. But I fear that is rather the point, to appeal to the public’s heart rather than its good sense.

In two one-hour episodes, Margolyes takes a look at fat Britain. Why are we as fat as we are? How does obesity affect us? What can we do about it? Eminently good questions to ask of Western Europe’s fattest nation.

Unfortunately, it rather undoes itself. Presumably for the sake of balance – a very twisted sort of balance – she asks, should we do anything about it? Is it possible to be happy and fat? Is society prejudiced against fat, and why?

Unlike the first three questions, these have very simple answers. They are: Yes; No – unless you want to live in denial; and yes, because it is hard to respect people that don’t respect themselves.

Having been exceedingly fat – at my lowest point I was 22 stone and had a BMI of 41 – I am familiar with these questions. And also know the lies that we fatties tell ourselves.

Now, at a lighter, though still morbidly obese, 17 stone, I watched with pulsing temples and clenched fists as body positive activists made excuses and denied facts all in the name of self-love.

The documentary does touch on ways to tackle the pandemic: fitness camps, the government’s ‘live lighter’ programmes and weight loss surgery. It prompts the usual vacuous well dones that characterise all condescending documentaries like this one. None of these work. Some lucky punters we meet do lose a few stone but it doesn’t tackle the problem.

The nature of diets, fitness camps and surgery is to deal with the symptom, not the cause. They are quick fixes to get a better body. I used to think self-control was the issue. But it is more complicated. How can you have self-control when every advert on every surface we see promises instant bliss or self-realisation. All we can think of is instant gratification.

Either way, they miss the point.

The real point? Weight is not incidental. It isn’t as superficial as having too much or too little. It reflects who you are. If you want to eat cake, you will eat cake. And you will find an excuse.

Our culture – if we can still call it that – is immediate. Like goldfish, we can only think of now and, if we are lucky, five minutes hence. Pleasure is certainly instant, but so is pain. And to be fat is to be judged. Knowing this, it’s not hard to see why crackpot body positive types feel all criticism is unjustified. And because every choice in life is equal, being judged for being fat can be the fault of no one but the critic.

The activist answer to the misery of criticism is self-love, rather than reflection. Like self-esteem, self-love is talked of as if it should be a given, regardless of whether it is merited.

You can’t help but feel for Margolyes’s interviewees – though they are victims of themselves, as much as of society. Particularly sad is the mother whose bariatric surgery has killed all enjoyment of food. Margolyes rightly describes it as ‘not just (the) paring down of food, it’s the paring down of life’.

Then we have to consider the horrible opposite of obesity. The horrors of the idealized body image. Margolyes visits a bodybuilding championship and the men she meets, unsurprisingly, suffer from the same insecurities as the fat people she encounters. Her inevitable conclusion is that she should reconsider her size and just be happy with it. ‘It’s who you are that makes the difference’ she says. Fat pride has found another voice.

As Margolyes says, the fat don’t speak up out of shame. Why shouldn’t they? Other groups have their lobbies, why not the fat? Because they are too ashamed, she concludes.

Fat isn’t quite a political issue. At least it isn’t being taken that seriously as one. But with sentimentalist claptrap like this, it soon will be. And as that fat host, with measured tread, makes its way to bona fide victimhood, I can only shudder.

A lot of bottle in a sixties off-licence - June Jenkins