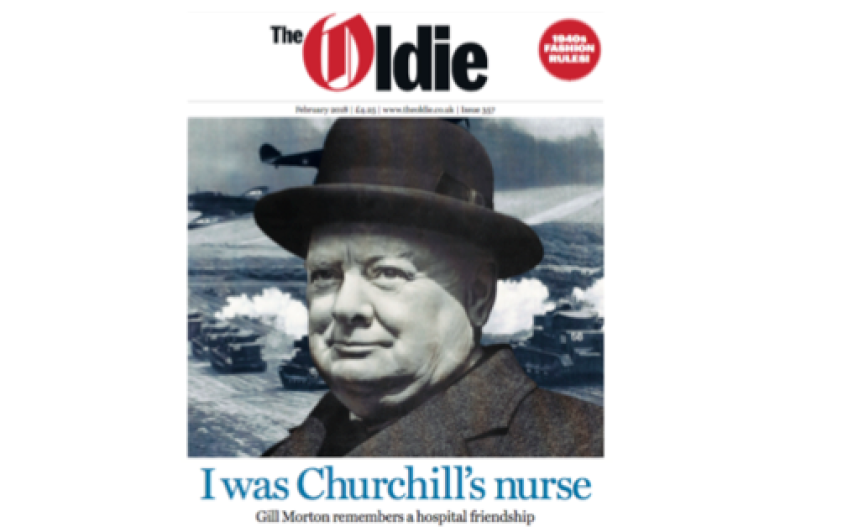 I was Churchill's nurse

Gill Morton recalls looking after the great man in 1962, when he was 87. They had arguments over physiotherapy and how to open a bottle of Pol Roger, and formed a remarkable bond.

No sex please, we're virtue-signalling - Roger Lewis
Lewis recalls the golden age of the sixties and seventies, when Britain rejoiced in fornication, before modern Puritanism set in.

When did British women dress the best?
The 1940s, says writer Drusilla Beyfus, who was a journalist just after the war. Oh no, says her daughter, the author Nicola Shulman - the 1970s reigned supreme. Listen to them debate the case on our podcast with Oldie editor, Harry Mount.

Britain's cleverest street
Valerie Grove recalls planet-brained Gloucester Crescent, once home to Alan Bennett, George Melly and Michael Frayn. Now Bennett has moved out, and the hedgefunders have moved in.

'My Chinese assistant drank for me' - Tony Adams
The former Arsenal and England captain recounts the difficulties of working in China as a recovering alcoholic.

PLUS Gyles Brandreth on his war with the Church of England over his longing to have a cat carved on his headstone; Anne Robinson on her New Year presents to herself - a new Audi, a dark brown working cocker puppy and a pair of £3,000 hearing aids; Giles Wood wastes his Gogglebox fee on useless knick-knacks.

Plus, hear Dr Dora Thornton reveal the delights of being a senior curator at the British Museum. She talks to Harry Mount and Annabel Sampson about the Holy Thorn Reliquary, a 14th-century masterpiece in the museum's collection.