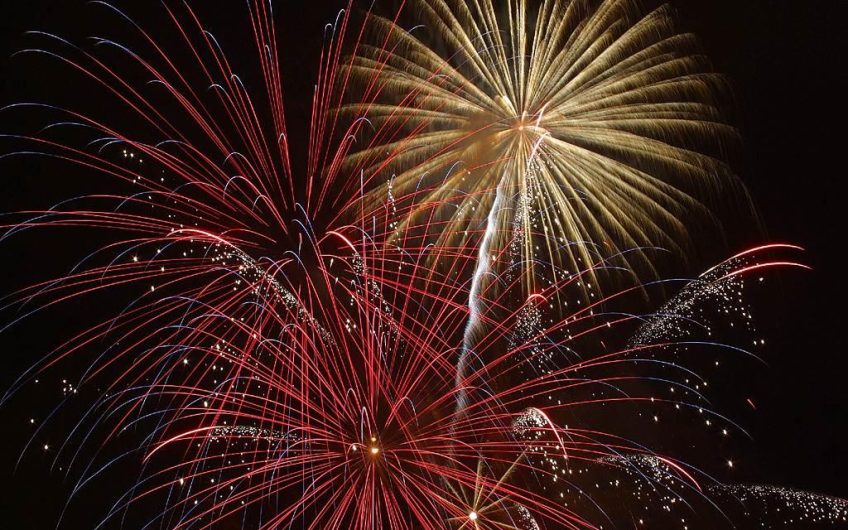 For many Britons, Guy Fawkes’ Day represents an entertaining part of the inherited cultural furniture and an important mark of punctuation, separating summer from Christmas.

My family enjoys these feelings too but cannot forget that our ancestor blew himself up one November. As he struggled to meet his customers’ demands, the firework maker John Brock, who had started his business in the 17th century, went to meet his maker on the 5th November 1720. Sadly, his daughter Mary followed him into the Clerkenwell clay three weeks later, almost certainly burnt beyond recovery in the same accident.

In the 18th century pleasure gardens of London, John Brock’s descendants inspired Handel and exasperated the lexicographer Dr. Johnson. In 1770 it’s thought that the Brocks may have helped their old patron Torre, with whom they worked very closely in London, with the fireworks at the Palace of Versailles for the marriage of Marie Antoinette to the Dauphin of France.

On the 3rd September 1825, the apprentices of John’s great great grandson William, accidentally blew up his own house and business in Mile End, reducing all his neighbours’ houses to ash and rubble. By then, prostitution had a debilitating grip on his firm’s old firing ground at Vauxhall and the London pleasure gardens of Marylebone and Ranelagh had closed. Having nipped out for some breakfast at the time of the conflagration, William survived and rebuilt with the help of his established aristocratic customers and friends such as the owner of the Eagle public house with its large grounds in City Road, famous for the old song “Pop goes the weasel”.

In 1870 William’s grandson Charles supplied Napoleon III’s military pyrotechnics in France’s war with Bismark, a meaty contract that enabled the firm to expand and spread across the oceans. The Crystal Palace had been rebuilt in Sydenham after the Great Exhibition. In 1865 Charles persuaded its directors that fireworks would no longer attract ne’er-do-wells and he commenced a series of increasingly huge displays that would run for 70 years, entertain tens of millions and propel the company to international fame and fortune.

Charles and his younger brother Arthur spiced up British diplomacy particularly at the Crystal Palace, usually with the Prince of Wales later to be Edward VII, in attendance. The brothers had pioneered the use of magnesium as a pyrotechnic illuminating material and created completely new artforms that were based on huge ‘set-pieces’ ‘Living Fireworks’ and portraits.

As the new scientific discovery of electricity developed, the royal box at the Crystal Palace played host to czars, shahs, emperors, kings, viceroys, sultans, princes and archdukes, all fascinated as they pressed a button and far away, across the heads of good natured crowds, a large and remarkably accurate portrait would crackle into brilliant lines of fire.

Just 18 years after the Indian Mutiny, Brock’s began to paint across the skies of the Raj and in providing displays on all Royal tours from 1875, the firm secured a position at the heart of the British imperial project.

Roman emperors were said to keep their people happy with ‘bread and circuses’ and in order to secure the best view, Indians were known to bag their places a week before a Brock’s show. As the royal parties progressed, Brock’s teams would move ahead, ready to lay on a booming and sparkling welcome in the next great city on the itinerary. The people had never seen anything like it before.

At the age of 36 Charles Brock died (of natural causes) without issue and his brother Arthur took over. It was into this fizzing and glittering pedigree, that the 8th generational pyrotechnist, Arthur’s eldest son Frank, was born in 1884. Frank attended Dulwich College and in an experiment that might have been improved, he famously blew up a form room stove. Probably relieved his pupil had survived unscathed and certainly one of Frank’s admirers, the headmaster let him off a caning and “Fireworks” Brock’s reputation at the school was made.

For over a decade after he joined the family business, Frank quartered the globe orchestrating breath-taking displays. A colossal show he staged at Spithead in 1905 with 58 warships and 6000 men for the Entente Cordiale marked him out in military circles as a genius, and as a sideline he began secretly developing improved smokescreens for the Navy.

Running the Delhi Durbar coronation displays of 1911 he was able to analyse the explosive used in the attempted assassination of the Viceroy, Lord Hardinge, evidence that would lead to the identification of the would-be assassin.

Later, while on commercial travels in Germany, he presented himself as an American tourist at the Zeppelin Works and was able to enter and assess at close quarters what he thought to be the weaknesses of the huge airships.

Frank, whose story has never been told before was a remarkable combination of James Bond and ‘Q’. A heavyweight boxer, a rugby player and a brilliant shot he was to become one of the most significant British officers in WW I, saving thousands of lives. Commissioned into the Army, the Navy and the RAF he was a spy behind enemy lines, an intelligence officer and a prolific inventor changing the international weather at least twice.

Intensely patriotic (Kipling was his favourite author) he enlisted as an officer in the Royal Artillery as soon as the war broke out. On his wedding day he dashed to France to prepare the ground for the world’s first strategic bombing raid - ordered by Winston Churchill - on the main Zeppelin base at Friedsrichshafen in southern Germany. He and a fellow officer used false passports to sneak into Switzerland, from where they rowed across a lake into enemy territory to gather intelligence.

After the bombing raid - which was an enormous propaganda coup – Frank was transferred to the RNAS and ordered by Churchill to construct, commission and command a secret RNAS research station in East London, where much of his efforts were concentrated on inventing an explosive bullet to bring down the seemingly invincible Zeppelins.

The Brock Bullet was first put to the test in September 1916 when it was used against a Zeppelin in the skies above Hertfordshire. Tens of thousands cheered as the giant ‘baby killer’ crashed in flames. More Zeppelins were downed by Brock bullets soon afterwards, ending Germany’s dreams of supremacy in the air.

The commander of his last mission, Captain Alfred Carpenter VC RN described Frank as a “whizz-bang man and warrior poet dedicated to the art of warfare as much as to the pursuit of intellectual study and reflection.” Working for the Board of Invention and Research, Frank was a close confidant of Jacky Fisher who admired him greatly, particularly as he gave us two of the best feel-good moments of that terrible conflict.

In late 1917, as German U-boats were squeezing the life out of British shipping and the Cabinet was being advised that, as a result, we may have to stop fighting, Frank invented the one million candela strength Dover Flare, incidentally, a technology that was later used by the British RAF Pathfinder Force in WW II.

Frank’s “light curtain” of Dover or Deck flares, which were burnt overnight on trawlers and drifters atop the cross-Channel anti-submarine barrage and lit an area of three square miles, were credited by Admiral Roger Keyes as being instrumental in helping to send 13 U-boats to the bottom.

Almost immediately after their debut, Frank was asked by Keyes to help him with a blocking operation at Zeebrugge, the Belgian port through which the U-boats reached the sea. It was a raid that only took place because of his inventive genius and his brilliant smoke screen, a technology that went on to be used by the Royal Navy in WW II.

The Raid on Zeebrugge commenced at one minute past midnight on St. George’s Day, 23rd April 1918. It lasted one hour, was heard in four countries and yielded more VCs than any other single engagement other than Rorke’s Drift (Zulu). At a time when it was felt by many that we were not far from defeat, the raid was a terrific, world-wide propaganda coup, reinvigorating the British bulldog. For Churchill, who described it as “the greatest feat of arms” Zeebrugge gave the Navy back “gthe panache it had lost at Jutland”.

Leading men ashore into a hail of bursting shells and machinegun bullets and using his revolver, his cutlass and his fists, Frank sent the Germans running helter-skelter from their guns, which he was able to ‘spike’ before going on to lay demolition charges on a torpedo boat. Here he was interrupted by a German sailor Hermann Künne. A sword fight ensued where it’s believed from German eye-witness accounts that each man was killed by their opponent’s last thrusts.

Ten days after the raid, Admiral Lord “Jacky” Fisher wrote to the Liberal MP George Lambert, ““I feel acutely the death of Brock!” (JF’s emphasis). In 1937, the Nazis, recognising the significance of Frank’s death, named a destroyer after his killer, the Hermann Künne.

The first biography of Wing-Commander Frank Brock RN OBE Gunpowder & Glory - the perfect Christmas or birthday present - was released recently by Casemate Publishing. It was co-authored by Harry Smee, Frank Brock’s grandson who worked as a director of Brock’s in the 1980s, and also by Henry Macrory, the acclaimed author of the first full biography of Victorian swindler Whitaker Wright.

The book is available here: http://casematepublishing.co.u...