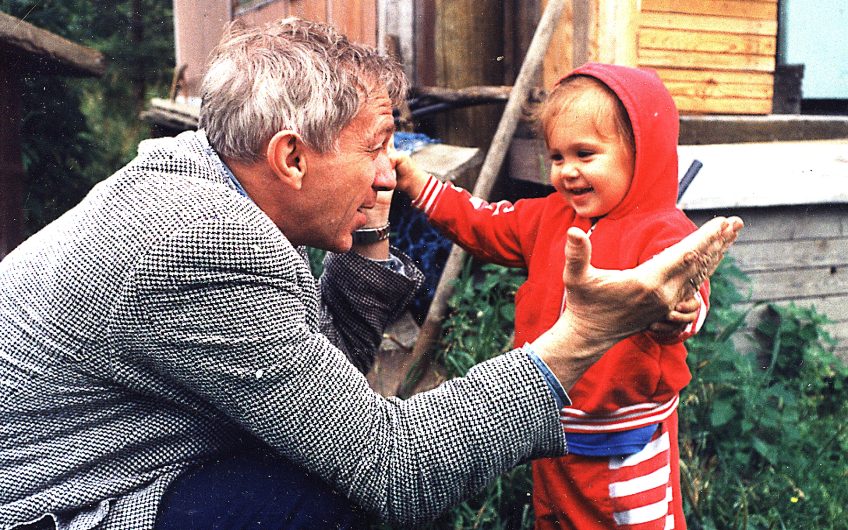 I recently turned 50, an age I never expected to reach (through a combination of lifestyle and pessimism) and I don’t feel 50, but then I don’t really know what 50 is supposed to feel like. I remember my father in law’s 50th birthday party, and remember thinking that my life would be a lot more sorted by the time I reached his great age. I was wrong! I seem not to have been given the right instructions I know I haven’t started having stilted conversations about funeral insurance, I know I haven’t bought surprisingly bendy shoes from the back of a magazine, and unlike many of my contemporaries I haven’t got grandchildren; in fact I’ve just become a Dad.

Fatherhood at, and past 50 is quite fashionable, but unlike a philandering politician with an ever expanding gaggle of bastards this is my only attempt. I had studiously avoided parenthood, spurred on by a miserable and chaotic childhood with far too many siblings. I had gloated when friends complained of sleeplessness and the cost of school holiday travel, boasting of a Sunday lie in until Tuesday, and the spontaneity of trips to galleries and movies. But all good things must come to an end.

Last November, my far too good for me wife said we should have a baby in 2020. It was all the big birthdays, my 50th, her 30th, so a ‘New Page’ having a 0th would be good planning. I agreed, thinking this would take ages. On New Years Day she took a test. The last time my life was impacted by a couple of lines in a bathroom it was because they’d been cut with laxative, but now as then, everything got very real. 2020 was going to be the best year ever!

Lockdown pregnancy was great, as I managed to get a lot of the niggling jobs around the house done, and didn’t have to worry about anything awkward, like working, earning money or being governed sensibly. And after 9 months, plus 2 weeks, then a week of labour and an emergency c section we have a child. We got to use every facility the NHS had to offer, a midwife led birthing suite with a pool and candles, a rush to the operating theatre when the baby’s heart rate dropped, a room on the labour ward so we were closer to the surgeons and then, when the consultant finally said that they’d have to operate it was just 20 minutes from signing the paperwork to holding our son. 20 terrifying minutes of introductions to various medical staff and trying not too look past the curtain (and trying not to think of it as like the screen they put round fallen horses at the races)

There were certainly times when lockdown made the pregnancy difficult, but although I couldn’t attend a couple of scans and appointments the inconvenience was outweighed by not having to go to NCT classes, not having to pretend to be friends with people just because they were giving birth at the same time and not being harassed by strangers desperate to touch my wife’s growing bump.

Being 50 makes being a new dad a lot easier than it would have been at 20 or 30. People seem desperate for me to be complaining of sleepless nights and chronic exhaustion. They smirk as they ask ‘are you getting enough sleep?’. I think in the first 2 weeks after the baby was born I slept more than I had for years. Getting up in the night is no problem, a 50 year old man has to get up to pee a few times anyway. Loads of people say ‘sleep when the baby does’ , so I did. I took a nap every couple of hours just like him and resented all the times in my life I didn’t do exactly that.

Obviously there are downsides, but most of those are in the future. I’ve already paid a proxy to take my place in the Dads’ race at school sports day, although there is the possibility that I’ll never get to be a grandfather, never get to have a relationship with my adult son, and those give me my only sad moments so far.

The positives are enormous. I can watch cartoons without feeling self-conscious, I now have an excuse for the various odd spills and stains on my clothes, I can park closer to the shops without having to limp to justify a special parking space, and I have physical evidence of my vigour and virility. Arguably having a child has made me feel even less like I’m 50, right up to the first time somebody told me my grandson was adorable.