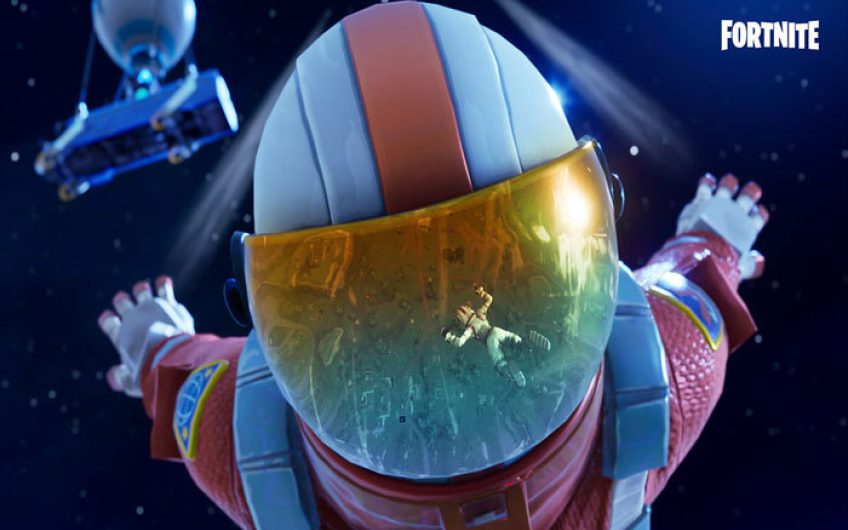 "Fortnite Battle Royale Season 3 Update is Now Live" by BagoGames is licensed under CC BY 2.0
View Full Size
1
of 1

Fortnite is many things. A global youth culture phenomenon. A destroyer of marriages. Basically, it is an extremely popular online computer game where you have to kill everyone else.

What happens in the game is this. You are randomly assigned a character (or ‘skin’) and then booted out of a schoolbus that’s floating over an island.

There are up to 100 characters just like you, each one controlled by a real-life person in Kuala Lumpur, Krasnoyarsk or wherever. You deploy your glider, choose your landing site, and then acquaint yourself with a post-apocalyptic landscape of abandoned farmsteads, streets and ports. Hidden around are caches of weapons to supplement your basic pickaxe (grenades, bazookas and booby traps) plus bits of material that you can use to build yourself a mini-fortification.

But don’t dilly-dally! You are advised to tool up, head for the high ground and watch for telltale shadows and distant rustles that signal one of your fellow Fortniters is nearby… whereupon – KERBOOM! BANG BANG! RATATATAT!

It’s each person for himself and the winner is the last one standing. Lest you get too comfortable, a storm is encroaching and the island is collapsing.

Fortnite was released last September by the games studio Epic and had two million daily users by January. By February, it had 3.4 million daily users. By May, 125 million people had downloaded it and 40 million were playing it each month.

Epic, Fortnite’s developer, is predicted to earn over £1.5 billion from the game this year, with around 70 per cent of the 125 million players paying for extras.

At a certain point, the popularity of Fortnite ceased to be measured in numbers and started to be measured in stupid headlines. Fortnite has been blamed for making children stay up until 4am, for popularising dance moves such as the ‘floss’ and the ‘flap’, and for promoting violence. Divorcing parents argue over how long their children play the game. Prince Harry has advised children against playing it.

But why is it so popular? Well, for one, it’s free. It’s available on PlayStations, iPhones and PCs. It combines elements of two extant cultural phenomena: Hunger Games and Minecraft.

And it’s really fun! The best computer games often have a quality that goes beyond mere gameplay, a dreamlike atmosphere whereby the sound of a distant bazooka or the sight of a pixellated sunset seems to call to some hidden part of the mind, drawing you back in…

For all of its mindless solipsism, it’s relatively innocent. The characters do silly dances and their deaths are cartoonish, with none of the gratuitous head-ripping or fountains of blood you typically find.

It’s also largely free of the racism, misogyny and foetid teenage unpleasantness that characterises online gaming, partly because ‘skins’ are assigned at random. This has helped broadened its appeal among female gamers in particular.

But its combination of ultra-violence and inanity clearly speaks to some wider cultural moment: see also the video to the singer Childish Gambino’s This Is America. You are alone. No one will help you.

This is a message the Fortnite generation seems to have taken to heart. But long-time players agree that, even here, dynamics can change. Initially, attempts to form alliances with fellow players ended up with one of you shooting the other in the back.

Increasingly, though, there are reports of characters working in ever-larger teams. Has the nihilistic individualism of computer games given way to altruistic society-building?