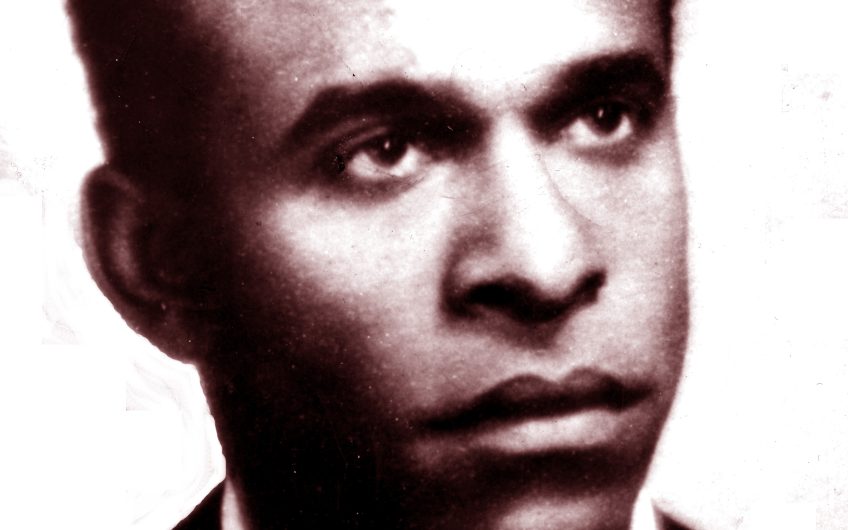 On August 24th, I have the privilege of broadcasting an episode of the iconic BBC Radio 4 series Great Lives, with Matthew Parris. I chose Frantz Fanon, the Martinican psychiatrist, political philosopher, anti-colonial theorist, revolutionary activist and apostle of Third World decolonisation (1925-1961), whose views on racism, racial identity and colonialism are still profoundly relevant 60 years after his death.

Born and brought up on the French Caribbean island of Martinique, he chose to fight for the Free French in WWII against the Nazis, then came to study psychiatry in Lyon, France. In 1953, he went to work at a psychiatric hospital in Algiers, before resigning his post in 1956 to fight full-time for Algerian independence. He subsequently died of leukaemia in hospital in Maryland, America in December 1961, aged only 36.

Fanon was one of the foremost Caribbean intellectuals of the 20th century, one of its foremost thinkers on race and racism and arguably the foremost revolutionary philosopher of Third World liberation. In addition, he was a hands-on freedom fighter and a titan of the black liberation struggle who had a seminal impact on the Black Panthers, Steve Biko in South Africa, Cuba and many freedom movements in Africa and around the world. Yet today, despite a few monuments and street names, Fanon is widely ignored in France, overlooked in Martinique, and forgotten in Algeria.

Sadly, despite the surge in BLM activism following George Floyd’s murder in May 2020, Fanon continues to be neglected, especially in the Anglophone world. But we neglect him at our peril. He remains a hugely important revolutionary intellectual, one whose life and work have a particular resonance for us in the modern world.

As a psychiatrist, the author of two seminal books critiquing the myriad evils of racism and colonialism - Black Skin, White Masks (1952) and The Wretched of The Earth (1961), as well as fighting for Algerian independence, Fanon was both a man of thought and a man of action - the quintessential intellectual engagé. One minute he was a doctor on the wards and a social philosopher writing lacerating books, the next avoiding assassination attempts in Rome, being thrown out of a jeep in Morocco when it went over a landmine and travelling through the Sahara in military fatigues carrying a gun - all with gargantuan bravery. He was a man of exceptional intellectual ability and moral stature, of rare integrity, passionate and driven, with an over-arching love and compassion for humanity.

I chose Fanon as my Great Life because his life and work are a hymn to the most fundamental, laudable and intrinsically noble of human desires - the desire for, and the pursuit of, freedom. For me, Fanon’s life is effectively the search for the answer to one of life’s oldest, biggest and thorniest existential questions: what does it mean to be truly free? And, once free, how best can we use that freedom in the service of human flourishing? Fanon unequivocally devoted his life to that aim. And be it individual, collective, physical, mental, economic or spiritual, freedom is the sine qua non of earthly happiness. He was, in essence, a champion of liberty who died fighting for freedom.

I also chose Fanon because he was a voice for the voiceless, a voice of the colonized, the poor, the marginalised, the ostracised, the brutalised, the oppressed and the dispossessed - not just in the Caribbean or in Africa, but all over the world.

Fanon’s was a brief but extraordinary life - defiant, impassioned and unfairly truncated, but one pregnant with remarkable achievements in the service of human freedom, dignity and the elevation of the human spirit. It was a short, prolific life, but one lived defiantly.

Steeped in the Western classical literary and philosophical traditions - of Marx, Hegel, Freud, and existentialists like Sartre, Fanon ingeniously subverted it. To paraphrase the African-American feminist writer Audre Lorde, Fanon used “the master’s tools to dismantle the master’s house.”

Make no mistake: Fanon is still supremely relevant today. The historical circumstances which created him might have changed, but the eternal verities at the heart of the human condition have not. The same barbarities, the same inequities still exist. In the wake of George Floyd’s murder, the Fanonian notion that “we revolt because we can no longer breathe” both resonates urgently and seems alarmingly prescient. As the African-American intellectual Cornel West has said, “Much of the world remains pre-Fanonian.” White supremacy still exists, especially in the US, but also in Europe. Likewise, the Manichean world described in The Wretched Of The Earth still abounds. For as long as racism and oppression thrive, Fanon will always be needed.

Categorically not a champion of violence for violence’s sake, his was a militant affirmation of the equality and value of human life. Fanon’s genius is to teach us how to be human in an inhumane world. As a liberation thinker, his philosophy of universal humanism and revolutionary solidarity transcends his time, and his character and deeds sum up the very best of humanity, even if the internecine era in which he lived reflect the worst of man’s inhumanity to man. Fanon’s life nobly illustrates the indomitable power, resilience and beauty of the human spirit.

My favourite quote from Fanon’s oeuvre illustrates this.

Fanon was a humanist, an internationalist and a universalist, interested in human beings, human freedom and human flourishing. He was not a black separatist, as has sometimes been made out. He was about bringing people together - emphasising our common humanity, not what separates us. Throughout his short life, he espoused a “brotherhood of man” world view. Tom Paine’s famous maxim: “My country is the world and my religion to do good” could easily have been said of Frantz Fanon. For that alone, Fanon’s was a truly great life.

The BBC Radio 4 Great Lives episode on Frantz Fanon is on Tuesday August 24th at 4.30pm and will be available on BBC iPlayer after it is broadcast at: