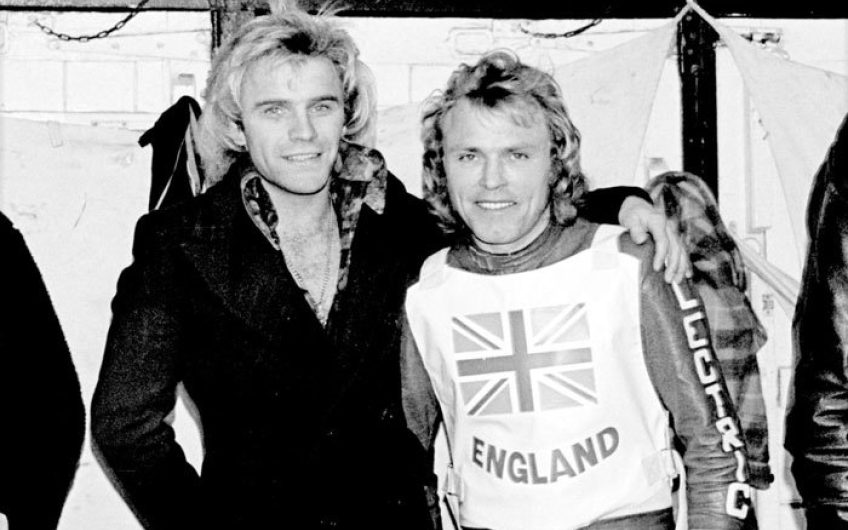 Sad news from the Costa del Sol, where comedian Freddie Starr has died, aged 76. His ‘zany’ brand of humour was never to everybody’s taste, and even at his peak he was widely regarded as old-fashioned. However he was one of the last entertainers with one foot in the lost world of seaside variety, where showmanship is more highly prized than decent jokes. His passing represents the end of an era – a lurid, often tasteless era, but a significant chapter in the history of British showbusiness nonetheless.

Frederic Leslie Fowell didn’t start out as a comic. Born in Liverpool in 1943, his first brush with showbiz was as a teenage actor in Violent Playground, a film about juvenile delinquents. Thereafter he joined a Liverpudlian band called Howie Casey & The Seniors before forming his own band, Freddie Starr & The Midnighters. They cut three singles for the Decca label, produced by rock and roll legend Joe Meek. Freddie wasn’t a big hit in the studio (all three singles flopped) but he was a natural showman and so he did a lot better live. He toured Germany for three years, playing alongside Gerry & The Pacemakers, Tony Sheridan and – yes, you guessed - The Beatles. For a fortnight, he shared a flat in Hamburg with John Lennon.

Could Freddie have become as big as John Lennon? Hardly, but with a bit more luck he might have been as big as his unrelated namesake, Ringo Starr. According to Pete Frame, author of Rock Family Trees, ‘In his heyday, he was one of the best rock singers in Liverpool but imitation and parody eclipsed any original style.’ From imitation and parody, it was a short step to comedy. In the late Sixties, he won Opportunity Knocks three times with a troupe of musical impressionists called The Delmonts, before wowing the Royal Family (or some of them, at least) on the BBC’s Royal Variety Show. Throughout the Seventies he was a familiar face on TV (especially ITV), most notably alongside trad comics like Little & Large in LWT’s Who Do You Do?

Yet despite his peaktime status, Freddie seems destined to be remembered for that historic Sun headline - Freddie Starr Ate My Hamster (‘Comic put a live pet in sandwich, says beauty’). The story was pure tabloid bullshit, but in PR terms it did the trick. Starr’s flagging profile was revived, allowing him to wring a few more years from an act that was, by turns, good, bad and bloody awful. Last time I saw him live there were a few passably good gags (‘I had a Lebanese last night – I woke up with the Shiites’) but most of his jokes were so geriatric that his Welshmen still shagged sheep and his black Britons still spoke with West Indian accents. Nevertheless, like Jim Davidson, he had two things a lot of more right-on comics don’t have – talent and charisma.

His final years sound pretty grim. In 2012 he was arrested by police investigating allegations of historical sexual abuse. He was never charged, but in 2015 he sued a woman who said he’d groped her when she was 15, backstage at Jimmy Savile’s Clunk Click TV show in 1974. Starr denied her claims and sought damages for alleged defamation, but he lost the case. The judge said her testimony was found to be true. He’d been living in Spain since then where, by most accounts, he was fairly reclusive. A father of six, he’d been married five times – twice to the same woman.

Impressions were his forte – he was a natural, instinctive mimic. With his rock and roll background, he was especially adept at impersonating pop stars. His Elvis Presley and Mick Jagger were both very good indeed. The rest of his act didn’t amount to much, consisting mainly of manic horseplay, which is why he was often funniest as a disruptive presence on chat show sofas.

His scripted routines often seemed lame by comparison, yet though much of his material was stale and tawdry there was some magic amid the dross. My abiding memory was his appearance on one of those ‘An Audience With’ TV shows, in which a celebrity performs in front of a studio audience of fellow celebs. The house style of these shows is usually nauseatingly sycophantic, and Starr’s performance wasn’t all that different until he produced a tray of live maggots and started chucking fistfuls of them into the audience. Result: pandemonium. However it was all just sleight of hand. The tray was full of maggots, but the stuff that Freddie threw into the audience was rice.