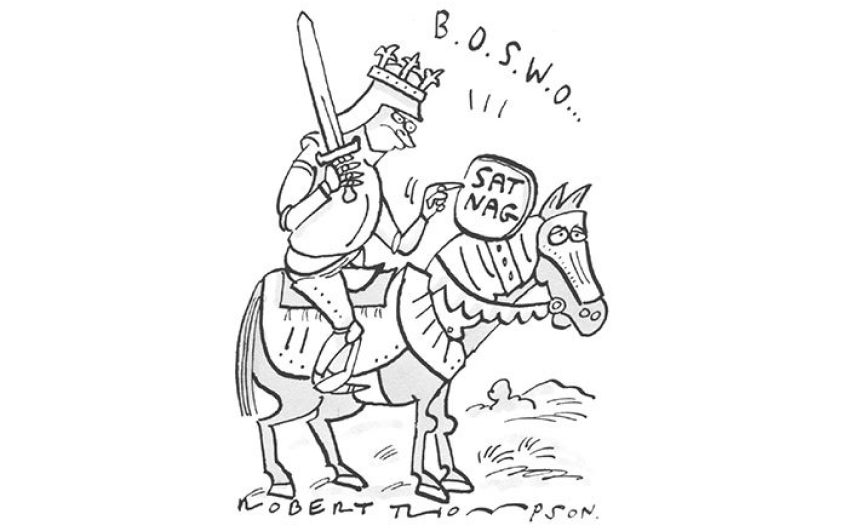 Battle of Bosworth stamps are being released. The battlefield, threatened with a robot motor test site, must be saved, says Richard III’s biographer David Horspool

At the place where the second most important battle in English history (after Hastings) was fought in August 1485, there is a heritage centre, with displays and a café serving very large slices of fruit cake, and a laid-out path with a monument around Ambion Hill – where it was once thought that Richard III was killed fighting Henry Tudor.

But in the off season, you have most of it to yourself, and the loudest sound is the jackdaws’ chirping as they return to roost in the oaks around Shenton.

From Ambion Hill, you can see back across to the spire of St Peter’s in Market Bosworth. I couldn’t see the spire of St Margaret’s, Stoke Golding, which is odd because tradition has it that the people of that village watched the course of the battle from the top of their church.

Did they really see how the Stanleys waited to join the victors, or the moment when Richard risked all by charging at Henry’s standard, only to be hacked down? The village was plain Stoke at the time; the Golding came later, possibly in recognition of the tradition that Henry was crowned there after the battle, and Crown Hill is now just outside it.

I was walking around the battlefield area recently because there are plans to build on part of it. Like most people who take an interest in this part of our history, I was quick to raise objections, but even the intervention in a parliamentary debate of Chris Skidmore, an MP who happens to be the author of a much praised book on the subject, had not swayed the local council.

So, unless there is an overruling higher up the planning food chain, it seems that this second battle of Bosworth has already been lost.

The threatened construction project is for a driverless car-testing track. Apart from the cruel irony of having the 21st-century equivalent of riderless horses whizzing around where the king famously lost his (according to Shakespeare at least), should we be too bothered about this?

The proposal is only an expansion of a site that has been there for some time, and it will undoubtedly bring jobs. The area in question is over two-and-a-half miles from the heritage centre and Ambion Hill in any case. Do historian blow-ins have a right to halt progress?

Put like that, the answer is no. But Bosworth has yet to yield up all its answers to historians and archaeologists. The reason I mentioned the onlookers of Stoke Golding is that they would indeed have had a fine view of the battle as more recent excavations have located it. And that location, around Fenn Lanes, is exactly where the proposed site is placed.

Excavations earlier this century, along with topographical and local studies, have almost entirely changed our view of the way the battle was fought, and where. In particular, there have been discoveries of rounds of small-arms fire as well as cannon shot which surely transform the traditional picture of this closing fight of the Middle Ages.

Bosworth was a more modern battle than we imagine, in which Richard III tried to bring his superior artillery to bear on the less well-armed Welsh interloper. But we still don’t know exactly where the main forces clashed. Perhaps it wasn’t where the robot cars will be, but then again perhaps it was.

We don’t have many unspoilt battlefields in Britain. A few are carefully preserved, but many more lie buried under tarmac, like the field of Barnet, which now sounds an odd way to describe a piece of a north London suburb. Five-and-a-half centuries ago, this was where Warwick the Kingmaker’s bloody career came to an end, as Edward IV took decisive hold of the throne and killed his former mentor.

That battle was followed by another victory at Tewkesbury: unfortunately, the most recent scholarship has relocated the scene of the battle from still open land to the middle of a housing estate.

Recently, Culloden, east of Inverness, where Bonnie Prince Charlie’s Jacobites were defeated in 1746, has also been threatened with development. Again, the builders say it’s only a corner of the site, and historians and campaigners answer that that is not the point.

The centenary of the end of the First World War can provide a guide. On the Western Front, the very act of commemoration sometimes obscures the history. As the late military historian Richard Holmes put it, ‘Unless the traveller is remarkably strong-willed, a battlefield visit easily drops into a cemetery crawl.’ But Holmes maintained that the landscape itself was vital to understanding the battles. For the older fields of Bosworth and Culloden, the urge to memorialise may have passed for some. But the moving effects of landscape history can still work, if the builders allow them to.

David Horspool is author of ‘Richard III – A Ruler and His Reputation’ (Bloomsbury £9.99)

’Tis the season to be jolly drunk - David Horspool