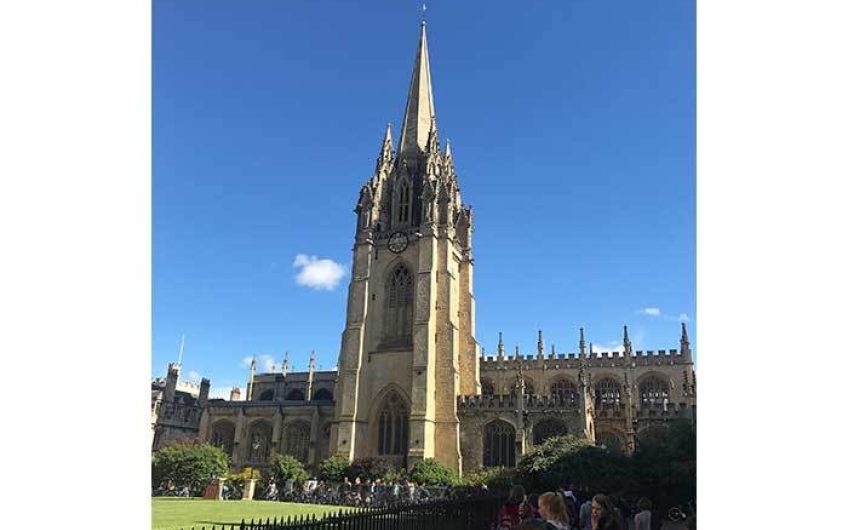 Oxford University wants to take a quarter of its students from ‘disadvantaged’ homes by 2023, however disadvantage is to measured. By so doing, it will have become as much an institution of social engineering as of higher learning. The likely long-term consequences of such positive discrimination count as nothing in its own estimation compared with the supposed purity of its own intentions.

The best that can be said for the proposed positive discrimination is that those children who have done reasonably well in their studies despite attendance at our vastly expensive state schools that seem to teach so much fear of global warming and respect for foot fetishists and necrophiliacs, but so little else, is that they must have displayed considerable native ability and determination to overcome the anti-intelligent nature of modern British popular culture.

Oxford University’s proposed positive discrimination is a recognition, conscious or unconscious, implicit or explicit, of the disastrous state of British education despite the hecatombs of money expended upon it. The more that is spent, the worse it gets. As one 18 year-old patient, not of deficient intelligence, said to me when I asked him to multiply three by four, ‘We didn’t get that far.’ That was after only eleven years of compulsory education, or attendance at school, and after only £80,000 spent on him.

Oxford University rightly perceives a problem and, as is almost always the case nowadays with the British politico-administrative class, proposes exactly the wrong solution to it. Mrs May, after all, did not emerge, fresh-minted, from a vacuum. It is as if she, and all her type, including the administrators of Oxford University, were provided early on in life with looking-glass spectacles that showed everything in mirror image, so that they would propose mirror-image solutions to every problem.

Anyone who walks our streets (including those of Oxford, incidentally) cannot but be struck by the abysmally low cultural level of the population – its militant, almost fervent, vulgarity and so forth. I was recently with some Americans on a Friday evening who were staggered by it: they even asked me whether they were seeing aright. I told them that they hadn’t seen anything yet, it being only eight in the evening.

But the solution to this is not to pretend that vulgarity is refinement, any more than the solution to the low educational attainment promoted by our schools is to admit its products to Oxford (or anywhere else). The solution is to raise the prevailing standards, which is very difficult for a number of no doubt intractable reasons. But this is no argument or excuse for impatience.

By comparison with improving standards, social engineering of the kind proposed is very easy. It is the method of raising achievement by lowering standards: the connotation of achievement remaining the same (at least for a time) while the denotation changes.

One might have thought, or hoped, that we had had enough of this kind of moral corruption. But this is without taking account of the clear cultural victory of the Soviet Union in the Cold War. Thirty years after the collapse of the Soviet Union, Oxford University has begun to institute (admittedly in as yet dilute form) the education policies of the greatest educationist of all time, Joseph Stalin.