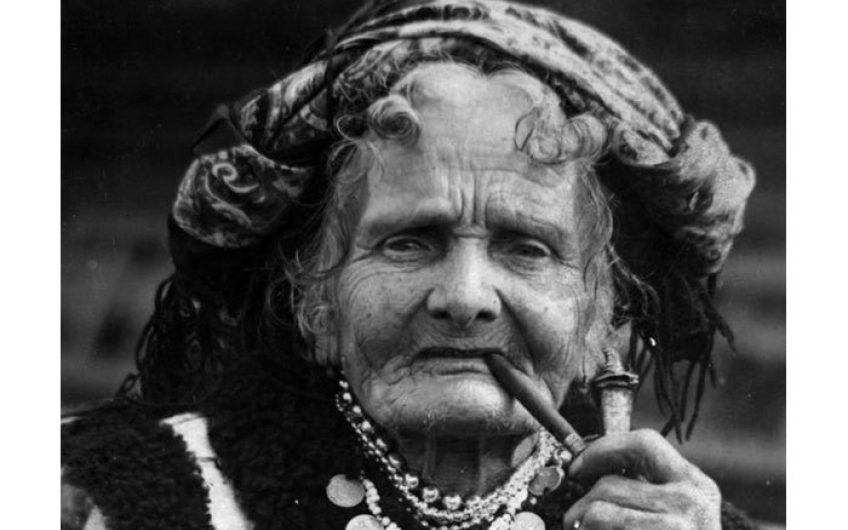 I recently read an article about an edgy young star who was due to appear at Glastonbury. Hoping to whet the audience’s appetite for somebody more than usually outrageous, the writer seriously advised readers to ‘make sure grandma’s out of the room when this lot are on’.

I’m now going to steal an expression which might be familiar to that writer. WTF?

Let me tell you (I mean him) one thing about grandma. Here I’m talking about the real 2019 grandma as opposed to the refugee from an ancient Giles cartoon you seem to have her confused with.

Grandmas these days can’t be shocked. The 2019 grandma is as different from her grandma as you are different from yours. Given the fact that she was born sometime between the war and the release of Love Me Do, that in itself should be no surprise. Today’s grandma has seen and done a lot of things, some of which she doesn’t readily talk about. So I will.

In 1969, grandma had sex in a sleeping bag at the Isle of Wight Festival. In 1971, she was the owner of more than one pair of hot pants. In 1975, she spent a night with her boyfriend in a hotel where they had to sign in as ‘Mr and Mrs Smith’. She has tried illegal drugs. She’s been on marches. She remembers when it was illegal to be gay. She also remembers when it was damn near compulsory to smoke. She remembers the year 1977 when a woman prime minister seemed utterly unthinkable and the year 1979 when suddenly it was reality. If you’re going to shock this grandma, you’d best get up early in the morning.

In the course of all the change she has seen, grandma has learned that codes governing behaviour are provisional. She knows that some of our recently-acquired certainties will in due course be banished as swiftly as they have been adopted. She knows that, despite what her young relatives might say about ‘the bad old days’, there was always a lot of difference between getting your bottom pinched and Harvey Weinstein-style sexual exploitation. She doesn’t oppose the drift of civilisation. She just wishes the younger generation were capable of talking about it without getting an attack of the vapours.

The problem is that the younger generation are the new puritans, with all the prudery that entails. It’s the younger generation who tense up the minute conversation seems to be straying in any way from the new certainties. If anybody’s going to object to what’s just been said and flounce out of a room, it’s a younger person – and probably one who’s been the victim of what we laughably call a liberal education.

Grandma has noticed that most of the people in favour of banning things in 2019 are two generations younger. They’re the censorious ones now.

When the most recent Michael Jackson scandal broke, the two voices on the Today programme arguing most strongly that his music should be suppressed came from Time Out and the Guardian, two organs I remember as being in favour of permitting everything.

These days, the button-up boot is on the other foot. These days, grandma has to watch what she says around the youngsters for fear of shocking them. She can actually feel younger people stiffen when the conversation goes anywhere near questions of nationality, gender or sexual orientation. They’re the ones who suck the air between their teeth and make tutting sounds. They’re the ones who blush and look at their feet. If they knew that, somewhere in the attic, grandma has an old Jackie Collins paperback that falls open at the fruity bits, a pirated VHS of Emmanuelle and even a copy of the first Blind Faith LP which had a topless 13-year-old girl on its cover, it would send them into conniptions.

Theresa May did her entire generation a disservice when she said the naughtiest thing she’d done was run through a field of corn. This left the mistaken impression that the rest of us were similarly prim. We weren’t.

This won’t be the first generation to underestimate its grandparents. Back in the Sixties, I remember taking a childish delight in shocking my own elderly grandmother with outrages against decency such as frothy coffee and the twist. She would literally place her hands over her breast, as though she was having palpitations, and make outraged noises.

It was only later that I discovered this same woman had given birth to my father at the end of the First World War, following a liaison with her own sister’s husband. Granny knew more about flesh and the devil than we did. Maybe she was acting shocked only because she thought it was expected of her.

Maybe we too should pretend to be outraged by the radicalism of our grandchildren. They would clearly prefer it that way.

The hip way to stay healthy