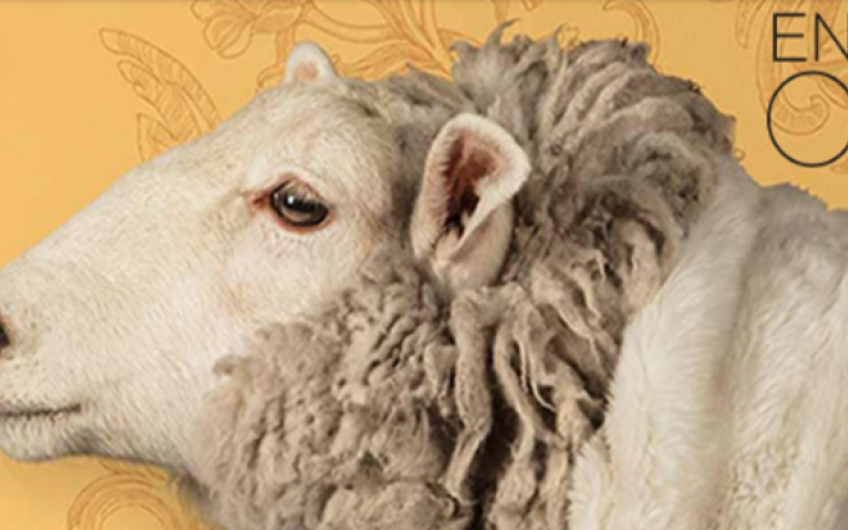 My relationship with Gilbert and Sullivan started with the argument in Three Men in a Boat over which song Harris is trying to sing. Block-booked family cheap seats at the ENO fed this enthusiasm through my adolescence.

At secondary school, I played the part of Nanki Poo in a local girls’ concert performance of The Mikado (fitting punishment for any teenager who think he's a heroic tenor). During my A-levels, I sang He who shies from Iolanthe with two fellow sixth-formers – at which point I realised I was not a tenor and made us all swap roles before we went on stage.

At Oxford, I found the collegiate choral life a little stultifying, and a turn as Florian in Princess Ida provided one way out. They were a weird and wonderful bunch, the Oxford University G&S Society – from the otherworldly to the decidedly worldly. A dapper junior law lecturer rubbed shoulders with a chap who worked behind the counter at the local Barclays. Young ladies with evident social prospects duetted with slightly-less-young ladies on ten-year PhD courses. A fellow of All Souls could be found wolfing down a fry-up in St Giles beside the first-year undergrad who’d turned up once for Cox and Box to turn the pages, in a yellow tracksuit.

Sometimes there was even the odd  musician.

The OUGSS get through about three shows a year, and so it was with many of these fine folk that I found myself performing Iolanthe at the Holywell Music Room, in Michaelmas term, 2002.

Gilbert and Sullivan’s fourth consecutive smash hit premiered simultaneously in the UK and the US in 1882 (the first new show to do this, in an effort to prevent piracy). It was also the first production to open at D’Oyly Carte’s purpose-built Savoy Theatre, and the first therefore to be lit entirely by electric lighting.

In every other respect, though, it was a formulaic G&S gig. Iolanthe is a fairy banished from Fairyland for marrying a mortal. She has a son, Strephon – ‘an Arcadian shepherd’ – who is in love with Phyllis. That would be fine except that (a) he’s a bit of a fairy himself, and (b) Phyllis is a Ward of Chancery, and not only the Lord Chancellor but also every other member of the House of Lords had been rather hoping to marry her himself. Still, everything is going swimmingly until young Strephon is caught embracing his suspiciously attractive mother who, for reasons too theologically complicated to go into here, is eight years younger than him. The fairies go to war against the upper house.

I was cast as George, Earl of Mountararat, a peer who barely has a line before the second act. I remember learning my lines in a single, late-night bus trip back from London – almost successfully. But that’s about the only thing I do remember. The flyer in my copy says we did one night in Bletchingdon Church. Well, I suppose it must have happened.

But I do know G&S is not as easy to pull off as one might think. Gilbert’s trademark (and bestselling) sociopolitical satire (‘If you ask us distinctly to say / what Party we claim to belong to, / We reply, without doubt or delay, / The Party I'm singing this song to!’) and panto ribaldry (‘I heard the minx remark / she’d meet him after dark / inside St James’s Park / and give him one!’) are often finely balanced. Sullivan’s music, meanwhile, treads a thin line between pastiche (of Wagner, for example) and a desperate desire to be taken seriously. (He was going to break it off with Gilbert after Iolanthe, until his finances went down the drain.)

We laughed too easily at ‘vulgar plebs’ and roared ‘Bow, bow, ye lower middle classes!’ more than was entirely genteel. The call-and-response – ‘One Latin word, one Greek remark, / And one that’s French!’ – is audaciously witty and self-deprecating. But I always thought that ‘As the ancient Romans said, festina lente’ was just bad writing. A lot of Iolanthe now seems glumly prescient for our bull-headed times. When Britain really ruled the waves is the perfect satirical Brexit anthem.

I came back hard in my finals term, as a snarling Lord High Executioner. And then, of course, we all went our separate ways; into the law, academia, journalism, postmodernist French clown school…

G&S is not admitted by anybody to be the pinnacle of their musical ambition, and my G Schirmer scores have lain untouched for fifteen years. Flipping through them, though, I find with great relief that I still chuckle at the cheek of the libretto, and my feet tap ingenuously through the finales.

‘Iolanthe' is at the English National Opera until 7th April