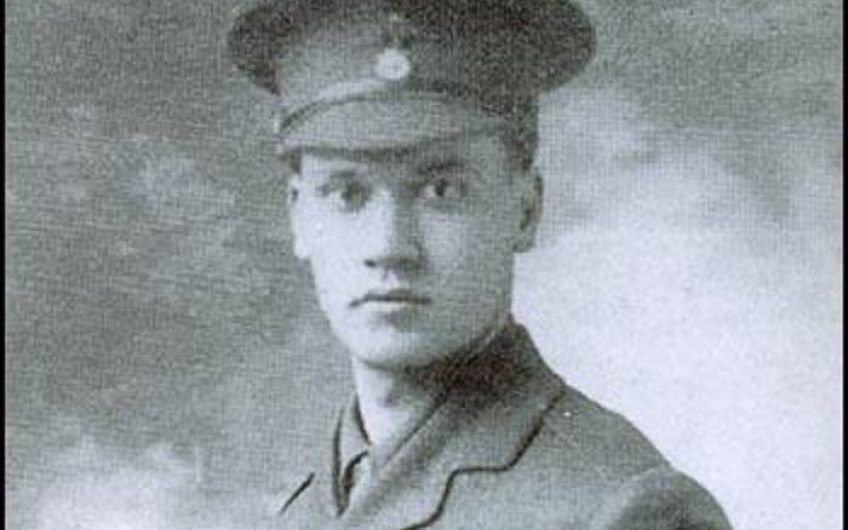 It was Nevinson’s misfortune that his finest pictures had for their subject something that everyone was under an almost irresistible compulsion to expel from their memory: the First World War’s Western Front.’ So wrote John Rothenstein in his book Modern English Painters in 1951.

The former Director of the Tate Gallery was perplexed by C R W Nevinson. He was not an artist he rated before or after the Great War. And yet Rothenstein couldn’t help but include him in his magnum opus. Nevinson annoyed him – as well as many others. A brief spell in Fleet Street alerted Nevinson to the powers of the press and his subsequent postwar self-publicity created a fortune for the artist while earning him the jealousy of his colleagues. His death at the age of 57 in 1946 was followed by a long period of neglect.

In April Bonham’s had a small but timely exhibition of some choice Nevinson pieces which celebrated his career – from pre- to post-war, displayed in their spanking new premises in New Bond Street. The best works came from Nevinson’s time as a war artist.

Christopher Richard Wynne Nevinson was the son of a distinguished war correspondent and a suffragette. He attended the St John’s Wood School of Art and the Slade, where he was a contemporary of Stanley Spencer and Dora Carrington. The Slade’s Professor of Drawing, Henry Tonks, advised against a career in art – which led to his brief career in Fleet Street. But a trip to Paris rebooted his enthusiasm, and led him to adopt Cubism. He was excluded from the Vorticists after falling out with Percy Wyndham Lewis and instead embraced Futurism. Suddenly, the subjects he wanted to paint were motor cars, cities, machinery and aeroplanes.

With the outbreak of the Great War he was an artist in the right place at the right time. Unfit for fighting, he enlisted as an ambulance driver with the Red Cross and travelled to the Western Front, chronicling the horrors that he witnessed. In 1917 he was appointed an official war artist, commissioned by the Ministry of Information to contribute six works on the theme of ‘Building Aircraft’. These are plainly propagandist works, featuring contented (female!) welders using acetylene torches and building biplanes. At the same time they are spectacular: the sparks fizz and light and shade are sharply contrasted. The subjects look like they’ve walked off the set of Fritz Lang’s Metropolis.

The best of this series of prints are those of the aerial views of Flanders – panoramas of landscapes from a bi-plane’s perspective. Originally paintings, they have been turned into lithographs – and are perhaps all the more dramatic as a result. The monochrome shades and tones are a more vivid reminder of Great War scenes usually depicted in black-and-white photography. Back on the ground, Nevinson recorded desolate landscapes like That Cursed Wood – a typical Flanders battle site of bombed tree-stumps, circling birds and, above them, distant biplanes. It is bleak – but beautiful.

Post-war, Nevinson produced some fine mezzotints of Paris, New York and London – including a smoggy From an Office Window and The Workers, a snapshot of industrial unrest against a backdrop of towering factories. But nothing compared to his Great War work. A 1925 etching, Waterloo Bridge from a Savoy Window, perfectly captures the smoky South Bank, but can’t compete with the drama of his 1917 lithograph of an aerial dogfight, Swooping down on a Taube (a German aeroplane), with a biplane back-lit by shafts of sunlight beaming through the clouds.

Perhaps Nevinson was his own worst enemy – his arrogant and boastful behaviour leading to him being ignored for so long. Certainly, the critic Lewis Hind wrote in 1920, ‘It is something, at the age of 31, to be among the most discussed, most successful, most promising, most admired and most hated British artists.’ It is sadly ironic that one who so graphically portrayed the horrors of conflict should be the source of so much enmity.