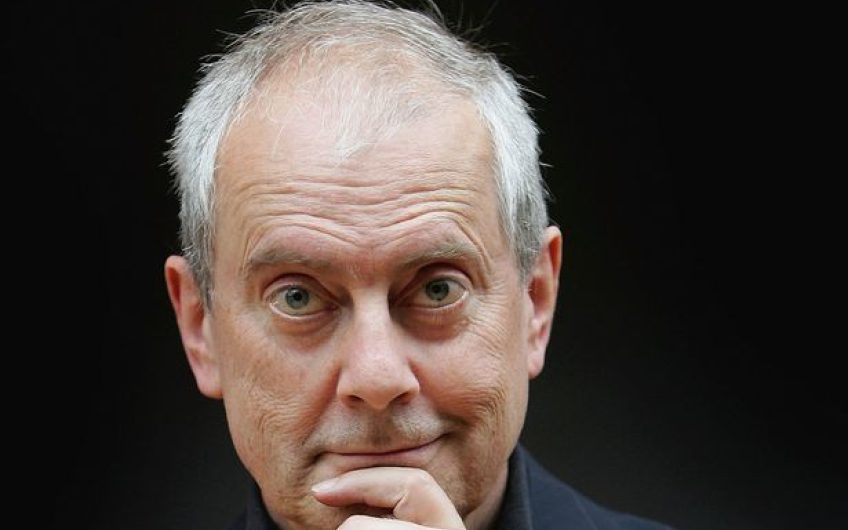 Wow! I’ve just concluded the experience of a lifetime and, let me tell you, it’s been quite an eye-opener.

For the past six weeks I have been taking part in the Channel 4 television series Gogglebox. The last episode in the current season was aired last night. If you don’t know the show, it’s a simple idea. A production company goes to somebody’s home and, using hidden cameras, films them watching the box. That’s it. And it’s been a BAFTA-award-winning ratings hit for six years. I’ve been in the ‘celebrity’ version, teamed up to watch TV with my long-time friend, actress Sheila Hancock, 87. Other celebrity couples included Celebrity Big Brother winner Rylan Clark-Neal and his mum; boxer Chris Eubank and his son; and theatrical first cousins, Emilia and Laurence Fox. We all had a ball.

And that’s not surprising. Apparently, even monkeys bond better after watching a film together. According to new research, based on a series of experiments involving chimpanzees and apes, primates are like humans. When the chimps share an experience like watching the same movie at the same time it helps them get on better together afterwards. They show more interest in one another and want to spend more time together. It’s the same for you and me. Psychologically, socially, emotionally, watching TV with friends or family is much better for us than watching TV alone.

That’s certainly been my experience with Gogglebox. Over the past six weeks I have discovered that watching the box with a buddy is just about the best fun you can have with your clothes on. (And I have to confess there were a few moments during the experiment when I was almost tempted to strip off. Read on.)

With Gogglebox you don’t get to choose your viewing. You just sit down in front of the TV (equipped with the beverage of your choice and a never-ending supply of snacks), press the play button on the remote and watch what you’re given. And you watch for at least three hours at a time – not including loo breaks. (Sheila and I are of a certain vintage, after all.)

At home, I don’t watch much TV. I belong to the generation that thinks it is some sort of sin to turn on the telly before six o’clock in the evening and because of a puritan streak instilled in me by my parents I feel guilty if I watch more than one programme a night. My wife and I will sit down with an episode of Location, Location or a cosy drama like The Durrells, and when we’ve seen it, that’s that. We used to watch the news, but it’s got so repetitive (and depressing) of late that we have decided it’s not good for morale, so after an hour or so of feel-good comfort viewing, we switch off and head for bed.

With Gogglebox, Sheila and I were able to watch hour after hour together with a clear conscience and we were made to watch things I would never dare to watch at home. For example, Naked Attraction.

I know I’m beginning to look like Victor Meldrew. Watching Naked Attraction I’m certainly sounding like him. Even before the opening credits were through, I was crying ‘I don’t believe it!’ at the screen and as the show progressed I was alternately hiding behind my hands and edging closer to the screen to get a closer look.

Essentially, Naked Attraction is a dating show in which the contestants all appear stark naked. A young woman comes on looking for the young man of her dreams. Six are on offer and they are revealed to her bit by bit – starting with the lower half, moving up to the torso, and ending up with the face. The girl gets to inspect the blokes’ private parts in as much detail as she likes and indeed tells us exactly what she likes. This week, the lady in question was much impressed by one fellow’s ‘cock to balls ratio’. Incredibly, she even brought her pet dog, Cush, with her so that (on a lead) Cush could join her in sniffing out the naked lads’ sex potential. (The dog did not think much of the fellow with the penis-ring. Nor did I. Nor did Sheila.)

When the young woman has whittled down her six men to just two, she gets her kit off and the blokes size her up before she picks her winner. In some episodes, it’s a boy picking a girl and the host, a fully-clothed Anna Richardson, spares no-one’s blushes by helping look for the finer features of the females on display in the most graphic terms. ‘That’s a lovely bit of labia there, isn’t it, John? Do you like a fully shaved vagina? I reckon you do.’ And, because this is 2019, it isn’t just boys looking for girls they fancy and vice versa. Oh no, if you happen to be ‘bi’, don’t worry: you can pick the gender of your choice.

When I was a child my mother’s favourite TV programme was The Black and White Minstrel Show. She would probably be arrested for watching it now. What is acceptable on TV has changed beyond recognition over the years. ‘Cowboys and Indians’ are out: your dangly bits in high definition close-up are in. As a small boy, my favourite programme from the 1950s was The Adventures of Billy Bunter of Greyfriars School. It ran for ten years and I don’t think I missed an episode. But, of course, it was a comedy about a fat child who was regularly beaten by his schoolmasters and would be totally unacceptable today. I recall the moment in 1965 when the theatre critic Kenneth Tynan first said ‘F---’on TV. I was watching with my parents. None of us knew what to say or where to look. I feel embarrassed just recalling the moment.

Now, it seems, nobody is embarrassed by anything. The word ‘F---‘ and, more particularly, the adjective ‘f---ing’ popped up in every other programme Sheila and I saw during our six-week stint on Celebrity Gogglebox.

Sheila and I were both shocked by Naked Attraction, but I’m hooked on it now. (I took my kimono round to Sheila’s to watch this week’s episode. She was amused, but resisted the temptation to slip into her jim-jams.) I’m hooked on Love Island, too. It’s a reality soap opera in which physically attractive (but not always mentally acute) young people are flung together so that we can watch who pairs off with who – and who doesn’t – and who gets hurt (or ‘gutted, like’) along the way. The programme is deliberately erotically charged. We don’t see live intercourse, but we do see the young ones snuggling up under the duvet and Sheila and I introduced to a new turn of phrase. One of the girls admitted she was having ‘fanny flutters’.

It’s good to be taken out of your comfort zone. At home, my wife and I never watch thrillers. In Midsomer Murders, when the cellos start to play and we know another killing is in the offing, my wife puts a tea-towel over her head and makes me turn the sound down. On Gogglebox, Sheila and I had to sit through the full horror of Silence of the Lambs. It was terrifying and rather thrilling, too.

Of course, during our six weeks together on the sofa, we watched a lot of lighter stuff, as well: natural history documentaries (including a ludicrous one about gay dogs), cookery programmes (Nigella licking her lips and making us lick ours), and endless game shows. We particularly enjoyed £ 100,000 Drop. It’s a quiz show in which the contestants are offered multiple-choice answers to pretty elementary questions. ‘Which of these bears normally appears naked: a) Fozzie; b) Rupert; c) Winne-the-Pooh; d) Bungle?’ You have to put your money on the answer you think is the right one and you can spread your money between the answers if you’re not sure. Back a wrong answer and you lose the money. With the show we watched, the studio contestants lost every penny, but Sheila and I would have ended up with the full £ 100,000. That was fun.

In fact, it was all fun. And the greatest part of the fun was sitting with an old friend, sharing the programmes – liking them, hating them – and just, well, chatting. Loneliness is said to be one of the great scourges of our age. Over the past six week I have discovered the answer. Phone a friend and invite them over to your place to watch Naked Attraction. You can shout ‘I don’t believe it!’ at the screen together.