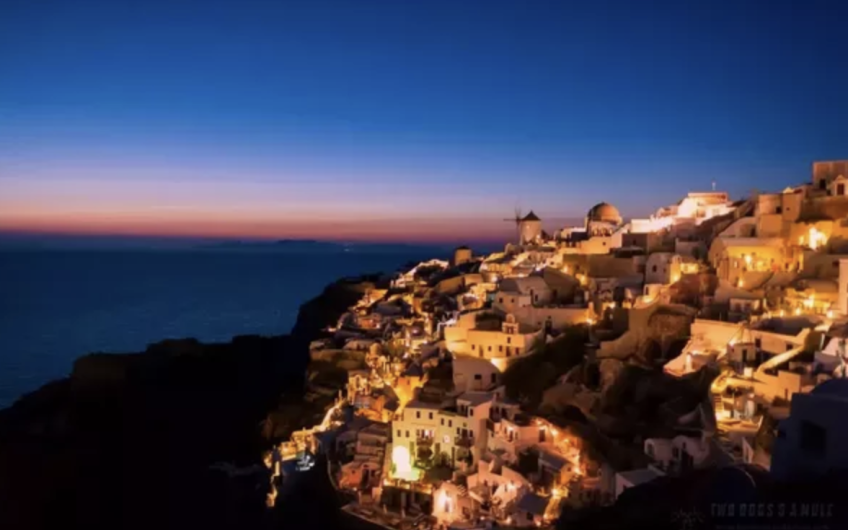 If you loved Joni Mitchell and remember her album Blue, you have already been to Matala in southern Crete. For those magical chords and that yearning voice were nurtured in this hippie mecca, which, half a century on, has changed both so much and so little.

Still ‘the wind comes in from Africa’... and still they ‘play that scratchy rock’n’roll beneath the Matala moon’... And the vast white cliffs peppered with Neolithic caves still look down on a perfect blue bay.

What’s changed since the dropouts, including lovelorn Joni, lived in the caves? The fishing hamlet that the hedonists colonised is now a bustling town, albeit one that, with its painted pavements, peace signs and pop-culture paraphernalia, is a magnet for young hipsters and old hippies.

There’s still a Mermaid Café here – like the one Joni sang about – but it’s not the original. As two women discussed the relative merits of African drum’n’bass and Brazilian dub (whatever that is), the bargirl walked me a few yards to the Petra & Votsalo restaurant – built on the site of the original Mermaid, where Joni and friends used to ‘laugh and toast to nothing and smash our empty glasses down’.

The caves are now fenced off and guarded by the Greek Archaeological Service. Pay a small fee and you’re free to explore them, wondering which was the one where Joni laid down her Afghan blanket to sleep with her ‘mean old daddy’ boyfriend featured in the song ‘Cary’.

Climbing to the highest, farthest cave from the entrance, I found a couple of French seventy-year-olds, who asked me to take their picture. ‘Nous avons dormées ici,’ they said. What! When? The man took a stick and wrote ‘1973’ in the sand. They had spent one night here during a romantic road trip. ‘This is the first time we’ve been back,’ he said. ‘Joni had gone, of course. And Joan Baez had been here in 1968. It was all different back then. A small village with two or three fishermen – and the Mermaid Café. Matala is still beautiful but it was freer then – young people of all nationalities living in the caves.’

In the end Joni had to leave Matala: ‘...it’s really not my home/My fingernails are filthy, I got beach tar on my feet/And I miss my clean white linen and my fancy French cologne’. And although they honour her here with her lyrics painted on walls, I don’t think she’d want to see it. Where once was a haven of peace and love, they really have ‘paved paradise and put up a parking lot’. (I met a supercool Joni in the 1980s and she was then already an age away from the archetypal hippie chick.)

I was glad I stayed not in noisy Matala, but in Pitsidia, a village a couple of miles inland, untrammelled by tourist tat. But it’s not devoid of hippie touches: like Raftis with home-grown organic veggie food served in its own garden; like free alfresco ‘live’ rock music in the village square at night. Pitsidia is more like Matala in its heyday than Matala is.

Barbara and Fanis Doulgerakis, a New Zealander/Greek couple who run Agia Marina Donkey Sanctuary a mile or two from the village, suggested I track down Lefteris Kourgerakis, something of a local history expert. On my third visit to his house, literally on the beach at Matala, I finally found him, a well-preserved man of a certain age with a piratical look. But he told me: ‘I don’t talk to journalists.’ And that was it.

When I looked around at the throng of sunbathers almost propped up by his garden wall, I think I understood. More publicity was not what was needed here.

At the end of tough, stony roads there are still sleepy villages on the south coast of Crete with empty beaches and half-empty bars, just like Matala used to be. I know because I half-biked, half-hiked to find them. But my non-interview with Lefteris had its effect – so I’m not going to tell you their names. Long may those places rest in peace, visited only by the occasional wanderer – and perhaps one day inspiring another great artist like Joni.