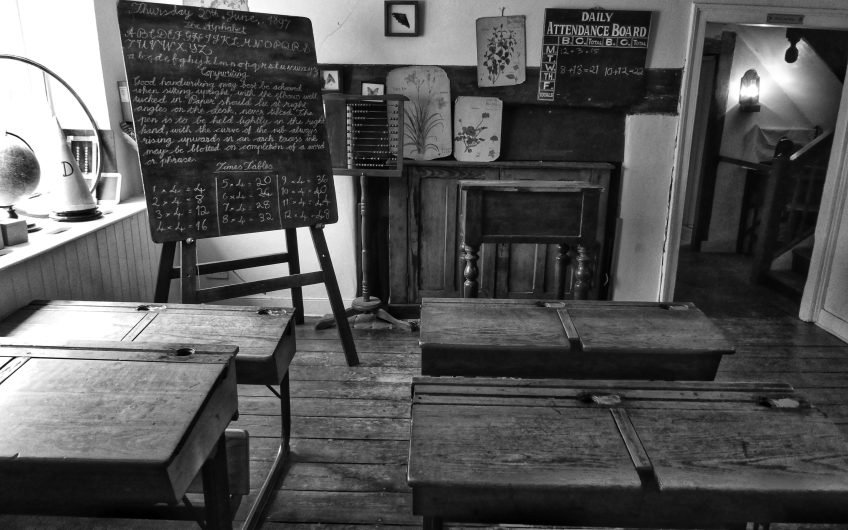 At school in the 1950s, boys and girls barely met, recalls Liz Hodgkinson

Now that some schools are introducing gender-neutral toilets, I wonder what today’s generation would make of the strict segregation in coeducational grammar schools in the 1950s and ’60s.

For us, it started on the school bus for pupils who had to travel to the place. Girls and boys were not allowed to sit next to each other. Any contravention of this strict rule would be reported by the bus prefects and result in a stern warning.

Once we got off the bus, the segregation intensified. Girls and boys had separate entrances and separate staircases. If a pupil was caught using the ‘wrong’ staircase, it meant instant detention. In the classroom, boys sat on one side, girls on the other. Boys were known by surname only. For most of my time at the school, I never even knew the boys’ first names.

We even filed out of separate entrances after morning assembly – boys sitting on one side of the hall and girls on the other. In the dining hall, there were certain tables designated for boys and others for girls, as far apart from each other as possible.

Even the teachers were segregated, with different staffrooms for the male and female members of staff. No teacher would ever use the wrong-sex staircase.

The only time boys and girls were allowed to mix was at the Christmas party, where boys were encouraged to ask a girl to dance. Mostly we refused, giggling and confiding to one another: ‘You’ll never believe this, but Jackson asked me to dance!’ In our early-teenage years, we regarded the boys as definitely of a lower order and almost beneath contempt, compared with the clever, lively girls.

Our school had extensive playing fields and tennis courts, but although both boys and girls played tennis, it was never with the other gender. There were no such things as mixed doubles; perish the thought.

In many ways, the school acted as a single-sex establishment, with boys and girls somewhat uncomfortably sharing a building. We even had gendered lessons, with girls doing needlework and cookery, boys woodwork and technical drawing.

Still, as it was a co-ed school of adolescents milling together, attractions between the sexes could not be entirely stamped out. But any romantic liaisons were confined to out-of-school hours only. When I was 14, I had a boyfriend a couple of years above me, who lived in the same town. We would meet at the church youth club and play table tennis together. At school we became complete strangers, ignoring each other if by chance we passed in the corridor.

Because the boys and girls were strongly discouraged from even speaking to one another, we remained stiff, formal and ill at ease in one another’s company. If the headmaster caught a boy and girl canoodling or holding hands when wandering around the grounds, they were in serious trouble and could even be expelled.

There was a major scandal when our 36-year-old history master fell in love with a sixth-form girl – something that was never supposed to happen. He honourably waited for her to finish her teacher-training course and the moment she graduated, they married. But the gossip did not die down for years.

The rigid restrictions lower down the school were moderated slightly in the sixth form. Yet still it would have been unthinkable to sit next to a member of the opposite sex in the classroom or on the bus. We did manage to drop our guard to some extent, though, and, finally, we became people to one another, rather than creatures to be shunned and avoided. But no easy friendships between the sexes were ever established. I never had a pal at school who was a boy.

Now, when I see groups of school girls and boys laughing and chatting together, walking along in mixed groups and being supremely relaxed in one another’s company – something that could never have happened in my day – I wonder what we missed as a result of being kept so far apart.

Some of those boys on the other side of the classroom might have been quite decent chaps. I never got to find out. But I still wouldn’t want to share a gender-neutral toilet with them.