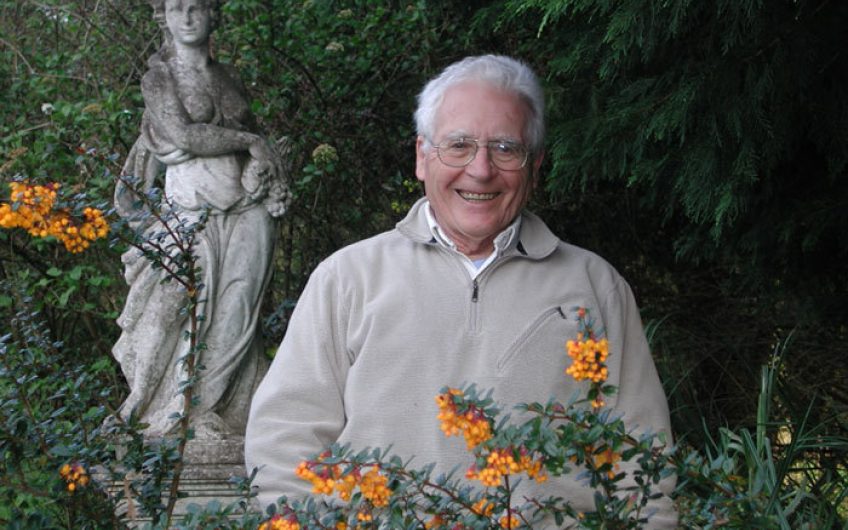 James Lovelock, 101 today, defies all attempts among lesser mortals to pigeonhole him. He is sometimes described as a natural philosopher and sometimes as a deep ecologist. He has also been described as a futurist. (As a student of modern art, I find that particularly unhelpful.)

He has certainly been Britain’s leading independent scientist for more than fifty years and, according to some, the most influential writer since Charles Darwin. His work was the subject of a major 2014 exhibition at the Science Museum, which has bought his archive from 1935 to 2011.

Lovelock also makes a speciality of changing his mind, primarily about climate change, concluding that all predictions could be rendered invalid by one catastrophic volcanic event. He has also changed it about tree-planting, confessing he wishes he had left the planting to nature, but that, like many of us, he fell into the absurdly hubristic trap of trying to save the planet.

His reputation was made by his Gaia hypothesis (now Gaia theory), which contends that the earth is a single, self-regulating organism, geared towards the maintenance of life on earth, causing new-agers and would-be mystics to project onto him a Gandalf persona, holding the blue planet (so to speak) in his own hands.

Meanwhile, we shire hobbits, who are trying to stave off the Sauron-like embrace of the polluting, globalised military/industrial complex by recycling tins, bottles and yoghurt pots, favouring renewable energy and installing composting toilets, suddenly find ourselves choking on our muesli. Lovelock makes increasingly intemperate remarks about favouring fracking and resorting to nuclear power, saying robots won’t mind rising temperatures, and dismissing the green movement as a ‘religion’.

The founding principle of most climate science is based on his Professor Branestawm invention of a matchbox-sized ‘electron capture detector’. It launched the modern environmental sciences, leading to the discovery of CFCs, PCBs and pesticides in air, food and water.

Whether or not Gaia is the literal truth, it is clearly a powerful and holistic way of looking at the world. In a sphere of ever-diminishing circles of scientific specialisation, Lovelock is a defiant generalist, the range of his knowledge and abilities suggesting he is a worthy successor to H G Wells.

One of his most sensational discoveries, in his quest to find the switches that operate ‘Gaian’ control systems governing the planetary thermostat, involves phytoplankton in the oceans. Over much of the planet, the sulphurous ‘breath’ of marine plants is the main source of the condensation nuclei that allow clouds to form; plankton, as well as feeding whales, apparently helps to keep the earth’s surface cooler.

A summing-up of Lovelock’s message for humanity would be: ‘An efficient virus kills its host. A clever virus stays with it.’ Humanity may have a unique role in its capacity to become the ‘brain’ of Gaia.