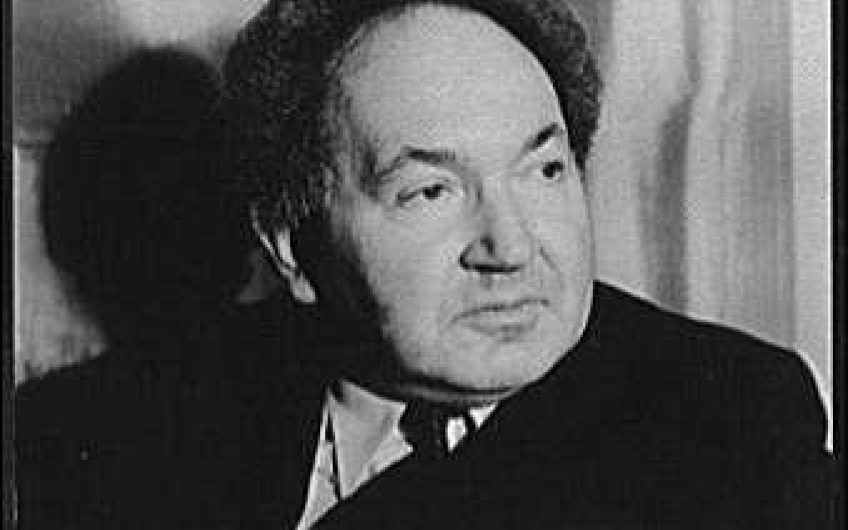 As a young actor in the early 1970s, I was taken by my then girlfriend to a party in Dollis Hill, north London.

I knew nobody there but my eye was immediately drawn to a large, Buddha-like figure seated regally in the centre of the main room, be-turbaned, dressed in a colourful kaftan and dripping with Colombian jewellery.

I asked her name. ‘Dagmar,’ she replied in an unidentifiable accent tinged with American.

‘What a lovely name,’ I persisted.

‘Dagmar Godowsky,’ she answered. My heart skipped a beat.

‘Not any relation to the great pianist Leopold Godowsky, I suppose?’ She looked at me for the first time. ‘He was my father. But how come someone of your age has heard of him. He is entirely forgotten.’

I found out quite a lot about Dagmar over the next decade, not least from her riotous but quite unreliable autobiography First Person Plural. She had been a famous silent film star acting opposite Rudolf Valentino among others, and enjoying a lively love life. She was rumoured to have slept with Valentino, Heifetz and Chaplin all on the same day. When, in the 1930s, a young reporter asked her how many husbands she had had, Dagmar’s immortal reply was ‘Three of my own and several of other peoples’.

More important for me were the insights and anecdotes in her autobiography about her father, because in the late 1960s I had begun researching his life, recordings and music.

Leopold Godowsky was born 150 years ago in February 1870. The music critic of the New York Times, Harold Schonberg, said of him that he had what was probably the most perfect pianistic mechanism in history. The music he wrote for his instrument was regarded as among the most impossibly difficult every conceived.

Since his death in 1938 he had become almost entirely forgotten – and when I started to find out more about him, there was very little that was easily accessible.

One of the amazing things about Godowsky was that he was almost entirely self-taught. His father died when he was 18 months old leaving his mother nearly destitute. His early life was as chaotic as his formal education.

A child prodigy who made his public debut aged nine, Godowsky was taken on European tours by his adopted ‘uncle’, an obscure violinist who saw a money-making opportunity with the boy. The only formal instruction Godowsky ever had was three months in Berlin, after which, aged thirteen, he walked out and left for America with his ‘uncle’ and mother.

In New York he was taken up by Leon Saxe, a wealthy tobacco merchant, his wife and six children. So enchanted was Saxe with the teenage pianist that he crossed the Atlantic with his young charge in order that he might study with Liszt in Weimar.

En route, they heard that Liszt had just died. Nothing daunted they made their way to Paris where Godowsky was introduced to Saint-Saëns. He became a protégé of the great French composer who wanted him to change his name and become his adopted son.

In 1890, Godowsky returned to America where he married Frieda Saxe, the daughter of his tobacco merchant patron, and established himself as a pianist and teacher in New York and Chicago. In 1900 he travelled back to Europe. A single concert he gave in Berlin shortly after that proved to be a pivotal point in his career.

In the course of that one evening, where many of his more famous peers were present, he established himself as one of the foremost living pianists – and quickly became one of the most sought-after and best paid artists on the planet.

One of the reasons behind his success was his performances of his own works. These included some of the studies he had written based on Chopin’s two great sets of 24 Études, Opp. 10 and 25. Any of these études are difficult enough. In Godowsky’s arrangements, some would be played by the left hand alone, or the original played in the left hand with a new study played on top of it by the right hand. In a few instances, two Chopin studies were arranged to be played simultaneously. No one had heard anything like it before.

From then on, the world was at Godowsky’s feet and for the next three decades he travelled the world performing, teaching and composing, revered by his peers and known to his students as ‘Mr God’. Rachmaninov, himself no keyboard slouch, wrote that ‘Godowsky is the only musician of this age who has given a lasting, a real contribution to the development of piano music.’

His eldest son, Leopold II, while still a student at Harvard, co-invented the colour photographic process that became Kodachrome. He and his associate, Leopold Mannes, sold the production rights to the Eastman Kodak Company in 1935 for several million dollars. Meanwhile in 1930 he had married Frances Gershwin, George and Ira’s younger sister. The same year, his father’s world fell apart.

Having lost much of his fortune in the Wall Street crash, he suffered a stroke in London while recording. He was never able to play in public again. Two years later, his youngest son, Gordon, committed suicide, and his wife died the following year. The final five years of life were spent impoverished and somewhat embittered.

My biography of him, Godowsky: The Pianists’ Pianist, was finally published in 1989 (and is still in print) since when all of his music has been re-issued, all of his own recordings transferred to CD, and all of his music recorded and readily available.

Once in danger of becoming a footnote in the history of the piano, Godowsky has now taken his rightful place in the pantheon of great pianist-composers.