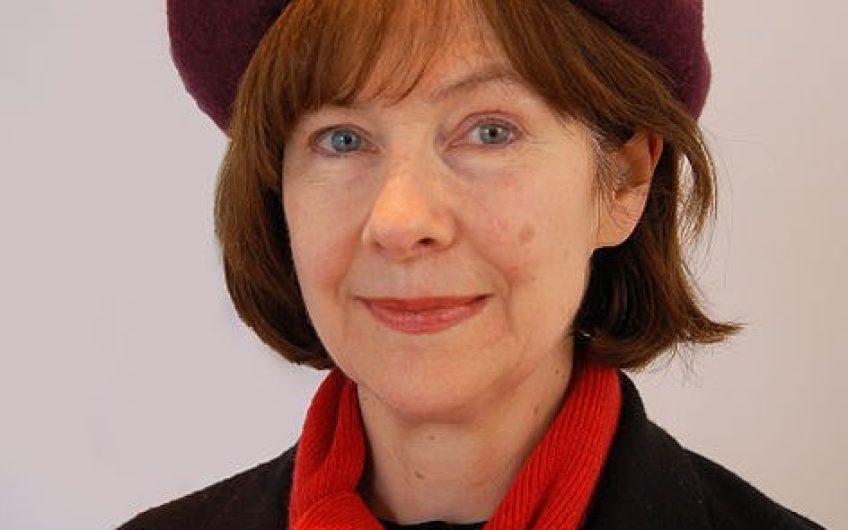 On the road interview – Posy Simmonds

Notebook and pencil – I feel naked without those.

My pillow because, sometimes in hotels, you get those ones that boil your head and you look like a beetroot in the morning.

I do spend quite a lot of time in France. West or north are my favourite points of the compass.

Because I’ve got quite a few siblings, my father used to rent a little boys’ school in Devon right by the sea. The school cook would come in and cook, the cleaners would come in and clean, and there was a little gym in the basement if it rained and the library was full of very old-fashioned books, GA Henty and Ripping Yarns sort of stuff. A week before we left, a fair would set up and we were given sixpences and you could just get lost there and go on the dodgems.

How do you research the look and behaviour of people? Do you go out on the streets with a sketchbook?

I used to but I don’t do it so much now, partly because people say, ‘Will you stop staring at me’ or ‘Can you draw me?’ I’ve got quite a good memory for things I want to record.

Is it harder to do teenagers?

No, because teenagers are, a lot of the time, wearing a kind of uniform. I will often make a little note what kind of trainers they wear and just look at clothes.

Did you do French research for Gemma Bovery?

We went to Rouen and that little village that Flaubert based Yonville in Madame Bovary on. The narrator of Gemma Bovery is a French baker – I saw his prototype first in Britany and then in a men’s shop in Paris.

Did you do English rural research for Tamara Drewe?

I did some in Dorset and quite a lot in Somerset because it has the green lushness I wanted.

Not really, no. I travelled a lot this year because Cassandra Darke came out and I went to Holland, Germany and France. I hate airports apart from people-watching. I went through Germany by train, looking into people’s back gardens – heaven.

I don’t think I had one. My father died. It might have been two or three days away – somewhere in the West Country.

Do you lie on the beach on holiday?

I used to a long time ago. I like sitting on rocks and I like dirty weather, too. So, if someone said you could have a holiday in Florida or Iceland, I’d always go to Iceland.

Do you have a daily routine even when you’re away?

Depends on your host. Generally. we both like mucking about. We’re very happy sitting somewhere, mind in neutral or reading a book, or walking.

Yes, I like most things. I can’t eat oysters anymore, which I loved – because I had a bad one and was ill. I’ve had mussels since – no problems.

In Greece, a bit of bull’s bollocks, which was chewy and when I asked what it was, the man went a bit pink.

I suppose nothing can beat some French bread and cheese and I salivate at some pasta I once had in Lucca.

Best and worst experiences in hotels when abroad?

When my stepchildren were very young (8 and 10), we were in a hotel lift in Menorca, which suddenly stopped because there was a fire at the bottom of the lift shaft. I tried to be very very calm and eventually they managed to put the electricity on for long enough for the lift to go straight down to the fire. There was a line of waiters with buckets and hoses.

I speak French quite fluently, enough German to order a beer or ask where the bahnhof is, and a bit of Greek because I was a governess for Greek children. So most of my Greek is commands – ‘The food is ready… come, children… we’re going now… quickly quickly.’

Mosquitoes – I blow up and for some reason the bites go poisonous - jelly fish and sometimes the lavs aren’t quite what you’d want.

I’m quite chaotic. We’re quite near Eurostar here and we once missed the train because we were so cool about it. Anti-mosquito stuff is a good precaution.

Cassandra Darke, which came out this time last year, but there are still people buying it. I’ve just seen two people in Waterstones buy it!