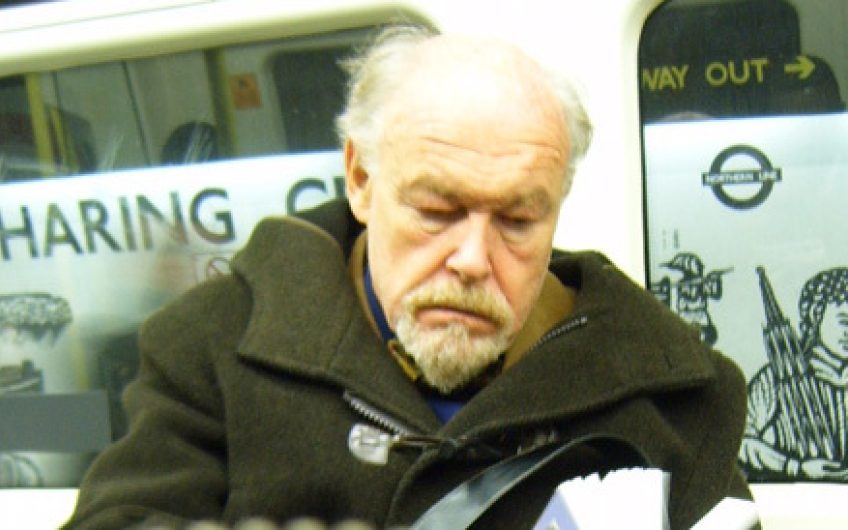 Actor Timothy West turned 85 on October 20 - when the last episode of Great Canal Journeys, starring him and wife Prunella Scales, aired. Here he recalls the immense saga involved in having a new washing machine delivered

Our washing machine died and had to be replaced.

We chose a replacement, and awaited delivery to our Wandsworth house.

Afraid not. That meant a particular delivery team had to be rostered for the job. They said they’d be there on Monday.

On Thursday, I rang them.

‘You didn’t tell us you were on a red route. We can’t park.’

‘Well, it’s just a single red line. Taxis pull up all the time. I’ll pay the fine if you get one, but I don’t think you will.’

‘You could park round the comer?’

‘No, it’s too far with a heavy machine, and dangerous crossing a main road.’

A different vendor washing-machine vendor said they understood about red routes and were happy to park in the driveway of the house opposite. I knew the friendly occupant would not mind.

The agreed delivery day came, and went. ‘That gateway’s too narrow, squire.’

I ran across the road with a tape measure. Then I went round the comer to measure the van, which was really colossal. No way it could fit.

‘Why have you brought such a huge van? For our tiny washing machine?’

‘All our vans are the same size.’

‘I suppose there’s no chance of your stopping for three minutes outside our house?’

On to contractor number three. This organisation delivered the machine but failed to connect the new one.

‘It’s sat in an alcove with a shelf over it for thirty years. It’s never complained.’

‘But it’s near running water.’

‘I suppose it’s within yards of the nearest washbasin. Does that matter?’

‘Spilt water getting into the electrics.’

‘So you want me to actually build a cupboard round it?’

‘That would solve it.’

I now have to find a carpenter with the right van, who can turn up, park and climb two flights of stairs. Then at last I can have a clean shirt.

2021 The Very Best of the Oldie Cartoons