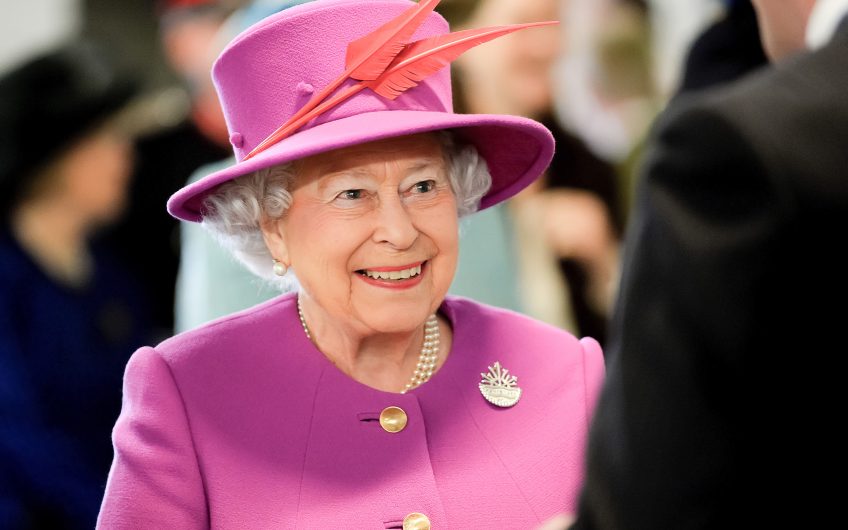 On her 96th birthday, the Queen's biographer, Robert Hardman, looks at how she has smiled more and more the longer she's reigned

Gathering his thoughts at the end of Princess Elizabeth’s international debut, one of the great courtiers of the 20th Century offered his verdict on the future Queen.

Sir Alan ‘Tommy’ Lascelles, who would serve four monarchs, wrote home to his wife that the heir presumptive was made of the right stuff. ‘She has come on in the most surprising way,’ noted the King’s Private Secretary. ‘Not a great sense of humour, but a healthy sense of fun…. For a child of her years, she has got an astonishing solicitude for other people’s comfort; such unselfishness is not a normal characteristic of that family.’

Lascelles had just spent the early part of 1947 travelling around southern Africa with the King and Queen, plus the two Princesses who were making their very first overseas tour. The trip is best remembered for the future monarch’s still-moving pledge to serve her peoples - for ‘my whole life, whether it be short or long’ – during her 21st birthday celebrations in Cape Town (even though I have now discovered that it was pre-recorded in a hotel garden in what would become Zimbabwe).

Though the Queen has now comfortably outlived all her predecessors on the Throne, both her pledge and Lascelles’s analysis still hold true in almost every regard, as I have discovered while writing my new biography.

The one exception is his observation about humour. It is certainly true that she was a serious and conscientious child. As a young woman, Cynthia Gladwyn noted in 1949 she still retained ‘a charming diffidence’ while being ‘seriously aware of her rank and responsibility.’

One striking change through the decades is the way in which the Queen has been seen to smile more and more as the years have progressed.

Back in the early stages of her reign, courtiers talked about her ‘smiling problem’ in public, particularly when on tour. ‘She couldn’t maintain that smile for a motorcade lasting 45 minutes,’ her lady-in-waiting, Lady Pamela Hicks, said later, recalling the great first post-Coronation tour of 1953-4. ‘You get a twitch.’

What the public rarely got to see was that, in private, the Queen was a quick-witted, happy person.

There was a marked change around the time of her Golden Jubilee in 2002. It was a year marked by the death of both her mother and her sister. She had adored them both and spoke to them almost every day – yet the public now detected a new serenity.

By her ninth decade, she was beaming away. And just weeks after the death of Prince Philip, at the age of 95, she was in manifestly good spirits, despite the ongoing sagas of the Dukes of York and Sussex.

Joining the rather po-faced G7 leaders for their group photo at their 2021 summit Cornwall, it was the monarch who livened up the proceedings by joking, ‘Aren’t you supposed to look like you’re enjoying yourselves?’

During her Birthday Parade the next day, the television cameras caught the royal foot tapping away in time to the music.

It is that perception of a morose, even miserable Queen which runs through the Netflix drama of her life, The Crown. It is a depiction which ignores what she was really like in private all along. Former private secretary Sir William Heseltine, who worked for the Queen from the early sixties to the Nineties, remembers a boss who, in private, was always upbeat, unlike Olivia Coleman’s dour on-screen alter ego: ‘She just looks glum and disapproving all the time. The Queen very seldom had a glum look on her face.’

She has always been much funnier in private than in public, specialising in the dry aside, without being caustic. During one foreign tour, a nervous photographer managed to drop his glass on the floor at the Queen’s media reception. A few hours later, his camera seized up at an important engagement, prompting her to remark, ‘Just isn’t your day, is it, Mr Reed?’

Many years ago, during Prince Charles’s bachelor days, a new girlfriend arriving at Windsor Castle was greeted with a friendly, ‘Did you find it all right?’

The Queen has always found that a modest injection of levity can make everyone a great deal more comfortable in the most formal situations. Few occasions come with more layers of ritual and tradition than gatherings of the Order of the Garter, the oldest and noblest order of chivalry. Yet one of their number remembers the ceremony for installing a new knight as a combination of medieval rites, plus some delightful Elizabeth II touches. ‘It’s a terrific show,’ he says. ‘She’s very funny. When she invests you, it’s a mixture of “Oh, we must get this right” and “I can’t bend down – so I’ll get someone else to put the Garter on”. That mix of formality and informality is very typical, I think.’

Why the shift from serious young Queen, back in the days when she monarchy could do no wrong, to the bright, cheery matriarch of more troubled, recent years? In short, say those who know her best, it boils down to confidence.

One Palace veteran described her early years on the throne as ‘the unfinished reign’. Back then, she was determined to do things exactly as her father had done, under the tutelage of avuncular old men like Lascelles and Winston Churchill, who would routinely refer to her as a ‘child’ while keeping Prince Philip well away from affairs of state.

By the Seventies, she was starting to reign in her own image. Jokes started to appear in her speeches. Prime Ministers began to find her less biddable, as when Labour’s Jim Callaghan attempted to make the choice of the monarch’s private secretary a political appointment. She and her officials quashed that idea. Edward Heath might have succeeded in stopping her going to the troublesome 1971 Commonwealth summit in Singapore. When Margaret Thatcher tried to stop her going to the 1979 summit, the Queen was having none of it.

Though her confidence took a serious knock during the reverses of the nineties, notably the ‘annus horribilis’ of 1992 and the death of Diana, Princess of Wales, she stuck to her guns.

‘Storms will come and go, some worse than others,’ Sir John Major told me, reflecting on his experiences with the Queen during the nineties. ‘But she will always put her head down and plough through them. The Queen has always lived by the doctrine “This too shall pass”.’

While the Queen has sometimes been accused of being slow to act, there has never been a charge of panic. Her default mode in the face of a crisis is stillness.

‘During the whole “annus horribilis”, I don’t remember a single occasion when I went to see her and she exclaimed, “No! What next?”’ says her former private secretary Charles Anson.

By that Golden Jubilee of 2002, she knew she had turned a corner. By the Diamond Jubilee of 2012 – not long after the marriage of the Cambridges and just before the London Olympics – she was at the height of her powers, more confident than ever and has remained so ever since.

What on earth would Lascelles be saying if he had seen her Olympic opening ceremony spoof with James Bond?

Why was Beethoven quite so brilliant? By David Oldroyd-Bolt