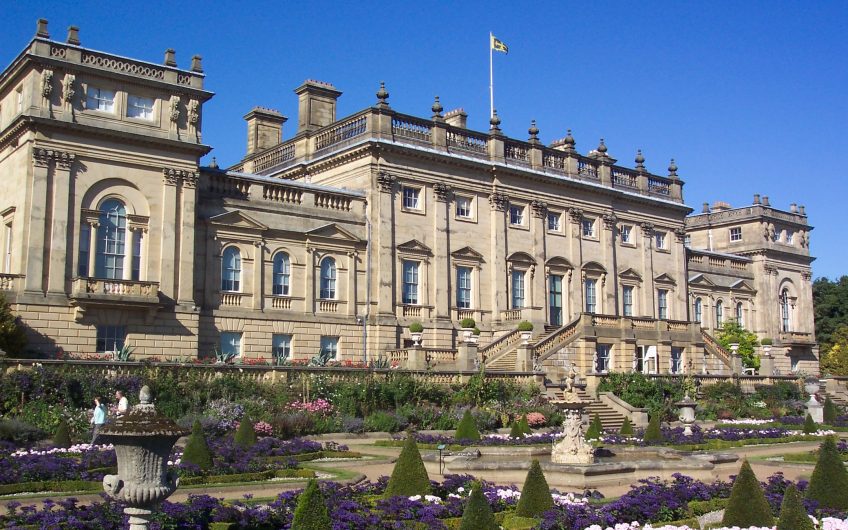 Ann Widdecombe has cancelled her National Trust membership, and she’s not the only one.

Other members are up in arms because the National Trust has published a list of 93 of their properties, all of which, apparently, have links to colonialism and slavery. The NT say they’re not making judgments about the past – merely being honest and open about the histories of these buildings – yet a lot of reasonable people are clearly very upset.

The response to this kerfuffle has been fairly predictable: traditionalists on the one side, so-called progressives on the other. As a wishy-washy centrist, I’m always inclined to look for a solution which would please - or at least appease - both sides. And, in this instance, I reckon these National Trust bigwigs and their opponents should pay a visit to Harewood House in Yorkshire, a stately home that’s found a middle ground in our current culture wars.

Harewood House is a magnificent Palladian mansion, with interiors by Robert Adam, furniture and furnishings by Thomas Chippendale, family portraits by Joshua Reynolds and landscapes by Capability Brown. It is undoubtedly one of Britain’s finest country houses and, like a good many of our country houses, it was built from the profits of the slave trade.

Harewood House was built by the Lascelles family, who’d owned plantations in the West Indies ever since the 17th Century. Henry Lascelles bought the land in 1738 with money from these plantations. His son Edwin, a wealthy slave-owner, who was born in Barbados, built the house in the 1760s. Slavery was central to the wealth they amassed in the 18th Century.

Harewood doesn’t hide this dark heritage. Nor do they put it centre stage. Instead, they’ve come up with a sensible and sensitive compromise. Anyone visiting the house is made well-aware that slavery is an intrinsic part of Harewood’s story, yet the visitor never feels overwhelmed.

Harewood has also supported various creative and academic projects that address black history, from new art and music to the curation of their plantation archives. ’I believe very strongly that we can change things in the present but, for better or for worse, there is nothing that any of us can do about history and the past,’ says David Lascelles, 8th Earl of Harewood. By acknowledging its past, and engaging with serious research rather than tokenism, Harewood has become an example to other stately homes with comparable histories. Others may feel their approach is too much or not enough (and that’s fair enough) but for me it felt about right, both bolder and yet more nuanced than anything I’ve encountered elsewhere.

Like a lot of oldies, I love visiting stately homes – mainly to admire the architecture and the artworks, and to walk around the gorgeous gardens. However I also want to know a bit about the history of the house, and the family, and if the family made their money from slaves and sugar I want to know about that too. It doesn’t make me feel remotely guilty (why should it?) but if it happened I want to know about it and if I’m not told I feel short-changed. I studied history to degree level and was taught virtually nothing about slavery. It wasn’t until I read up about it in my thirties that I learnt about what went on.

In my teens and twenties, I visited countless stately homes (it’s always been one of my favourite pastimes) and came away with no idea that any of them were involved in this murderous, inhuman trade. At Harewood, the sobering - but fascinating - information about the Lascelleses’ intimate involvement with slavery didn’t detract from my enjoyment of Robert Adam’s architecture, or Thomas Chippendale’s furniture, or Joshua Reynold’s portraits, or Capability Brown’s gardens. If anything, it enhanced it. So why are so many sensible people so distressed about the National Trust’s report?

The historian Andrew Roberts hit the nail on the head when he criticised the National Trust for combining slavery and colonialism in the same report. Surely there’s a world of difference between the two? Including Churchill’s Chartwell and Kipling’s country cottage on the same list as stately homes built from the profits of slave plantations belies the true horror of slavery, and gives those who would belittle it useful wriggle room.

Above all, it’s a good example of how big institutions can become clumsy and unwieldy, even when they’re acting with the best intentions. The National Trust looks after hundreds of properties. It has millions of members. An organisation that large is bound to end up with a top-down rather than a bottom-up way of doing things. Harewood is part of a consortium called the Treasure Houses of England (alongside Beaulieu, Blenheim and Chatsworth, to name a few). However, all ten houses in this group are privately owned, so it’s a lot easier for them to adopt a more bespoke approach.

For me, and millions like me, the National Trust has been a godsend. Its properties have been my playgrounds ever since I was a child. I’ve written countless articles about them (my wife’s parents used to live in one of them). It almost feels like family, yet like any family it can be infuriating. We criticise it because we care about it. We want it to succeed. I’ve no doubt this report was well meant, but its presentation has been tone-deaf. The National Trust could learn a lot from Harewood about the best way ahead.