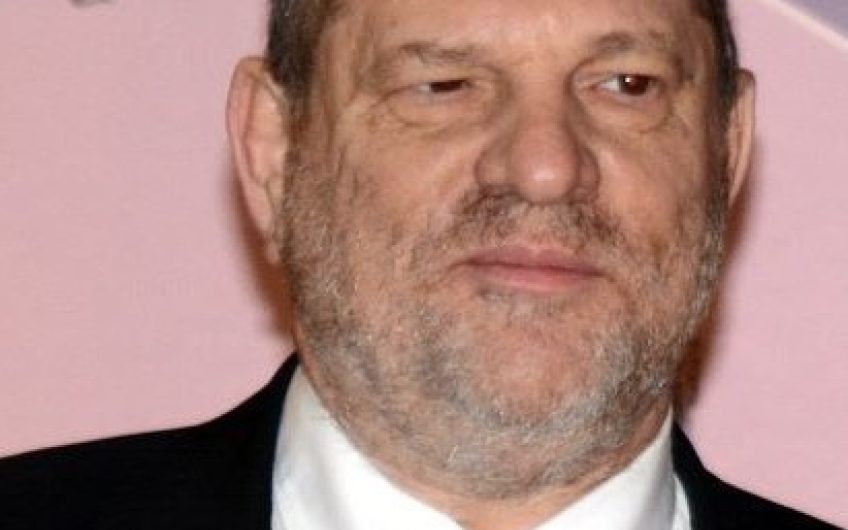 Harvey Weinstein has been sentenced to 23 years in the maximum security Downstate Correctional Facility in Fishkill, New York. His actions were an abuse of power, as well as sexual abuse, says Charlotte Metcalf

The backlash against the Me Too movement, against sexual harassment of women, continues growing. Oldies everywhere are grumbling about young women’s lack of grit in dealing with inappropriate sexual behaviour. Many are losing patience with the idea that a hand on the knee and clumsy attempts at a kiss in a corridor equate to traumas. After all, many women over 50, myself included, were once used to dealing with such occurrences on a daily basis.

But for some people, the backlash against #MeToo has proved positively nasty. Lysette Anthony was one of the first actresses to speak out about being raped by Harvey Weinstein and I wrote about her ordeal in the Sunday Times. Both of us - but she far more than I - faced criticism and on-line ‘trolling’ for confusing rape with consent: Germaine Greer tweeted that any actress who opened her legs for career advancement should stop moaning. Many agreed with her.

Germaine fails to grasp that this is not an issue of what we have to gain from a bully but what we stand to lose. Lysette’s story is not so much about sex as about bullying. This is what a witness said about MP Paul Farrelly’s alleged behaviour to a young female staff member: ‘He wound her up like a screw and reduced her to tears. The more he upset her, the more he enjoyed it, the more he kept turning the screw. He was very aggressive. It felt like no one had the ability or authority to intervene. Everybody knew it was wrong.’ At least bullying in the Commons is now high on the political agenda, with the recent bullying allegations against John Bercow, Speaker of the House.

However men throw their weight around - literally in Weinstein’s case – we all know bullying is wrong. Yet anyone who’s been bullied knows that bullies appear too omnipotent to challenge, let alone topple. They make victims feel they’re moments away from losing their jobs. This can happen to men, too, and is not aimed solely at the young – as an older woman, I have also been bullied at work.

As an oldie freelance journalist, I don’t have hundreds of lucrative career opportunities – or even much of my life – ahead of me. So I feel grateful whenever I am employed, hoping that my advanced age has been overlooked. I know my years give me wisdom and experience but this certainty allows only a thin shroud of confidence, easily torn, because youth is widely perceived to have the advantage. My age makes me feel I have to be accommodating, likeable, flexible and approachable, or I risk being cast aside as a domineering, old battleaxe who can’t keep up with the times.

Throughout my career, most people have treated me with care and respect but writing about Lysette Anthony helped me to see that the handful of bullies I have run into is the reason that we should all applaud any movement, be it Me Too or Time’s Up, that calls for a halt to harassment or bullying at work, sexual or otherwise.

What bullies are good at is belittling people. They wear down their victims by making them feel they’re so useless that they’re in constant terror of being sacked imminently. Bullies also imply they can damage their victim’s reputation irreparably, just as Weinstein did with Lysette Anthony.

13 years ago, I was hired to edit a French magazine. It started well but the owner never paid me for the last three months I worked there. This nearly ruined me but eventually I gave up fighting, browbeaten by her aggressive, loudly voiced claims that I had overspent and been incompetent. The same had happened to the editor before me.

In another incident, with an American magazine, the owner of a start-up offered me full-time employment providing strategy for website content. Being restricted to an office eight hours a day was impossible as a single mother and freelancer, and the salary was not enough. However, my boss told me that everyone working there was on identical money and so I agreed with her that I would complete the allotted job in my own time. Once I started work, I was given an additional, time-consuming and repetitive task. I did it to show willing and was praised initially but I was asked to do it again and again, I began to feel I was failing dismally. At the end of my first month, I was summarily dismissed by telephone and told I lacked the necessary skills for the job. The editorial plan I had delivered was never mentioned. I discovered that I had been bad-mouthed and was being paid considerably less than a younger male colleague, despite the promise we were all being paid equally.

I would like to think I have learnt from these experiences but it’s difficult to stand tall and fight, having been undermined and demeaned, even if you know you’re in the right and are confident of your abilities. Any movement that represents a groundswell of resistance to bullying in the workplace, sexual or otherwise, has my support.

And let’s not be blinded by the sex – this is about power. Women and some men, young and old alike, can only benefit from knowing they are not isolated but part of a growing crusade that will no longer tolerate bullying in whatever shape it takes.