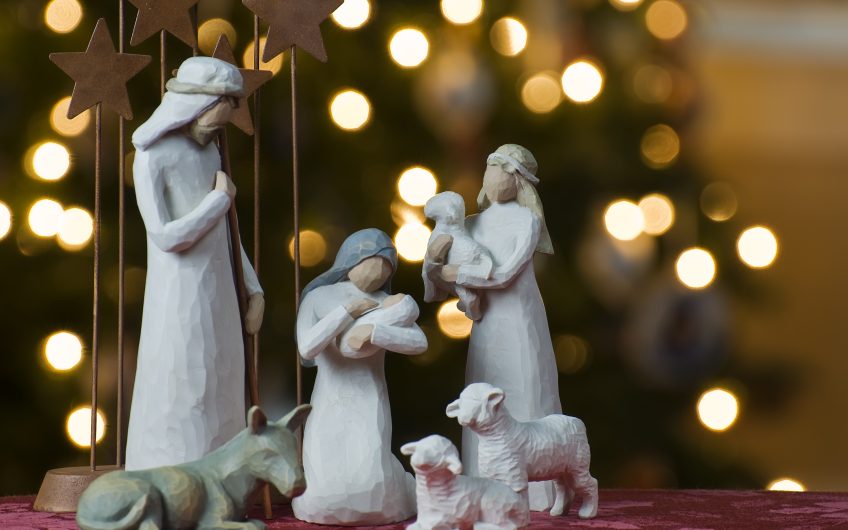 You’ll have been to a few very select parties - Jemima Khan’s, maybe, or the Gary Kemps’ - in the days before. So, come Christmas Eve, it’s time to start your - or your friends' - home fires burning.

Just cedar logs, please, for their smoky aroma - far nicer than any Jo Malone - and no spitting sparks to set the kiddies’ elf costumes aflame. Because that hearth is where the home is, there’s no question of going abroad - God forbid, anywhere hot. Nothing’s naffer than piling massive, shop-wrapped ‘gifts’ into the far end of the Gulfstream; they’ll only be torn open, and soon forgotten (thanks to Pokémon Generation VI on those iPhones, 24/7) beside one of the pools of some spa-heavy, mega-hotel in Palm-land.

No - a relaxing Christmas begins with a foggy slog to somewhere warm and welcoming and trad, and preferably somebody else’s. Squabbles about the route and fumbling with maps enliven the journey…. never rely on anything so new-fangled as sat-nav.

After stopping to ask the way for the umpteenth time, you reach the gates. Open, of course; no muddling code to punch in, no illuminated metal spheres among the topiary along the drive, no multi-coloured lights hung from branches. The façade of the house seems in total darkness - a ‘Do you think this is right?’ panic - but wait, the wreath-free front door is ajar, a sliver of light escapes under the thick felt draught (one hopes) excluder and, closer now, from around the Robert Kime-curtained windows.

You give Toby a quick walkies or, rather, a pent-up deluge onto the rosemary – as, before he’s asked in, he’d better stay in the Land Rover. You wonder why you have quite so many plastic bags, and why you forgot the Stilton, your promised house-present. Never mind. Miranda won’t need it tonight; she said it’s just telly supper.

Lugging the Samsonite wheelies, you struggle up the steps. And there’s dear old Jenkins.

‘Evenin’, madam. Evenin’, sir. May I take your things, and will you have a cocktail?’ Gestures at a groaning grog tray… spirits, naturally. No townie wine or, heaven forbid, champagne, in the hall.

There’s holly and ivy over the pictures and a vast, rather wobbly and already needle-shedding tree by the stairs, rammed with baubles Nanny had saved since before the war: tinsel, peppermint canes, angels, gingerbread men, tiny packages and non-flashing lights, with masses of rather badly-wrapped, lumpy presents beneath it. Damn, forgot to bring any paper, let alone Sellotape. Oh well, Miranda will have some.

Whisky now firmly in hand, you head for the strains of Strictly (The Crown’s far too difficult to follow) coming from the library, a scribbled ‘CHILDREN, DO NOT ENTER’ stuck on the door.

Simon is digging out his well-worn Santa get-up; Miranda, on all fours on the equally well-worn kilim, stuffing tangerines and chocolate coins into shooting stockings, looks up.

‘Darlings! Welcome to Christmas hell. I can’t tell you. The lift conked out on Thursday, then the gardener brought in RED poinsettias - can you imagine? - and apparently the bird’s too big to fit in the Aga. I’m almost dead, though I’ll perk up after a Sidecar. Have you seen your room? Lucinda and Archie have bagged the Rose, so I’ve had to put you in Honeysuckle. Bit chilly, I’m afraid; Freddie broke some panes practising his drop-kicks. Supper’s at nine, and we won’t change. In the kitchen. If the children are asleep, that is.’

Shrieks coming from above, as you unpack, suggest this is unlikely; until some bellowed warnings from below about Father Christmas Won’t Come Unless...

You do a quick and frigid (despite the blow-heater) ‘not’ change - into a crumpled kaftan, and old cords - only to find Miranda’s somehow managed a black-lace Chloé jumpsuit, and Simon a perfectly-aged green velvet smoking, when you go down to smoked salmon, sirloin, Tarte Tatin, ‘a perfectly drinkable Rioja I’ve discovered’, and elaborate ‘Ooh, thankyou’s’ to Jenkins, who’s threatening to retire, while Immacolada quietly does all the boring stuff at the sink.

You wonder if you dare ask her to get Toby’s dribble off your coat, as someone’s mentioned going to Midnight Mass after supper, though frankly you had planned on bunking down with Natasha Fraser’s book on Andy Warhol and a Lemsip.

Miranda gives the Christmas Day marching orders. ‘Breakfast - no, not in bed, Jenkins simply can’t manage the stairs - in the dining room. With presents; let’s get it over with. Then Immacolada can be an angel and hoover the glitter while we’re at church. Midday drinks at Houghcomb; then lunch at two, here, with every possible trimming - they’re the best part - and masses of 5ps in the pudding.’

‘We’ll be 17 in all. Simon’s cousin’s coming; poor thing, her son’s transgendering. Just pray that Emily won’t say, ‘Mummy, who’s that funny lady?’ again. And we can all have a zizz while waiting for the Queen. After tea, with cake and crackers, during which, I hate to tell you, the kids are putting on a play, there’s Magnums for them in their jim-jams. Later, if I’m still alive, we can watch that boxed set you gave us last year, with cold ham and your Stilton.’

OMG, the Stilton! Darling, just nip out to the car and make sure Toby hasn’t…