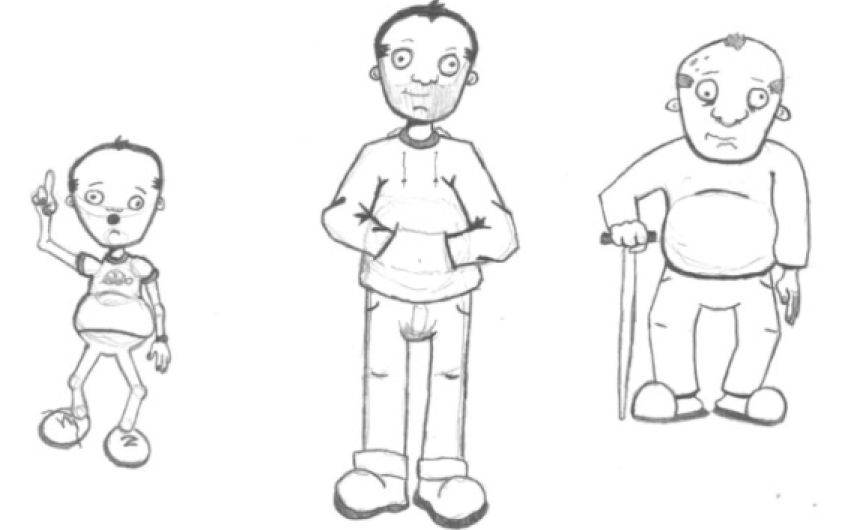 It’s oft been mooted that the upper and lower classes share a common enemy: the middle class; in the same way, the young and old share a hearty dislike of the middle-aged. I am a member of both despised camps.

The middle class and middle-aged have a great deal in common: we are po-faced, neurotic, fatefully aware we have missed our chance for greatness, beset by financial worries, and constantly aware our allure is preparing to set sail, if it hasn’t already left the harbour. We pride ourselves on primly never breaking ranks and subscribe to Auberon Waugh’s hatred of anyone guilty of ‘sucking up to the young’.

Meanwhile, eighteen-year-olds and eighty-year-olds, if not footloose, are certainly fancy-free. I realised this when I compared two events held at my house in Puglia, in southern Italy: my son’s eighteenth birthday party this summer and an Oldie reader trip in 2009.

Despite being born sixty years apart, with technology taking the biggest leap since the invention of the railways, the two age-groups had lots in common: a desire to infuriate middle-aged me by a.) Trying to break every pre-agreed rule (no swimming after midnight); b.) Continually asking about the itinerary of which they have a copy in their hands; c.) Finding bars open in remote places at unusual times; d.) Staying up drinking as late as possible (7am in the case of the eighteen-year-olds); e.) Laughing loudly at their own jokes, which were often nonsensical; f.) Saying, ‘you look stressed, James’ when they’ve just blocked the loo for the third time or g.) Announcing ‘you’ve run out of beer/wine/limoncello’ as if I had purposefully thrown it all down the drain.

Both groups believe they are immortal: the eighty-year-olds often behave as if they have cheated the ferryman; the eighteen-year-olds don’t know who he is. This leads to a wholesale disregard for basic personal safety when, for example, crossing busy roads.

They also love getting lost: the old because it means they can continue shopping or drinking; the young because they can buy more cigarettes for the group. And they both love being found, as if they have bestowed a massive favour by their return. Attention-seeking is their raison d’être.

Both groups are polite, in that they have learned to ask ‘anything I can do to help?’ in the certain knowledge that no right-thinking adult would let them near a dishwasher. I finally cracked, and answered an eighteen-year-old girl’s faux plea: ‘Yes, why not wash the lettuce?’ After glaring at me as if I were the Child Catcher from Chitty Chitty Bang Bang, she then took so long at her allowed task, the remaining leaves had wilted by the time they hit the sink.

Ultimately, they indulge in a selfishness and self-indulgence not seen since Gomorrah’s heyday. My only consolation is that the young will soon be me, and I will soon be the old, desperate to annoy my middle-aged son.