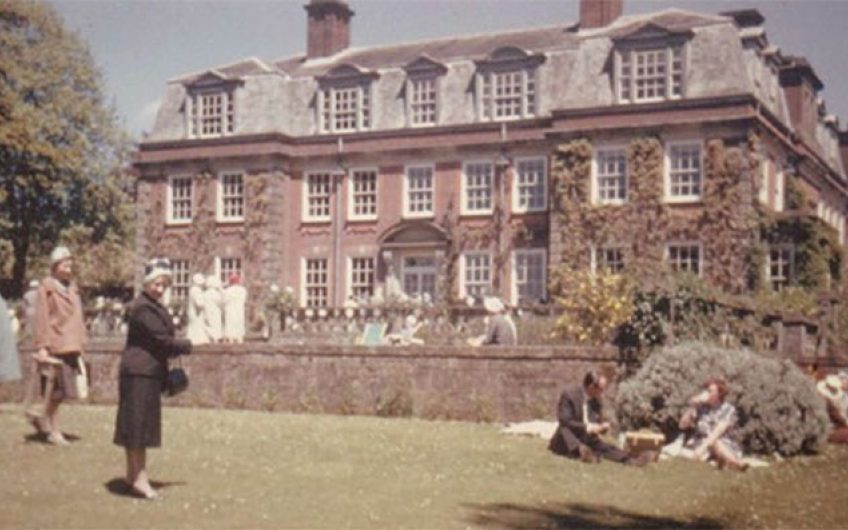 John Jolliffe reflects on Britain's loyal relationship with Ukraine, stretching all the way back to the Second World War

The present appalling plight of Ukraine reminds me of the early 1960s, when I was chairman of the London branch of the Anglo-Ukrainian Society.

Its founder was the admirable maverick politician Auberon Herbert (1922-74), who never made it to the House of Commons. Standing as a Conservative in the hopeless seat of Aberavon, he won a few votes by learning to propel a coracle on a local river. (He later came closer to success in Sunderland East.)

The Society’s aim was to be a rallying point for the 30,000 Ukrainians granted British citizenship after 1945. Many had settled in Lancashire and Yorkshire, where there were flourishing branches, not least in Halifax, where the Conservative Maurice Macmillan, Harold’s son, owed a large portion of his tiny majority to the Ukrainian vote.

This led to a London-branch outing to Harold Macmillan’s home at Birch Grove, where the gardens were open for charity. On arrival we were briskly greeted by his wife, Lady Dorothy, with the words ‘It was last Sunday, Auberon, but now that you’re all here, you’d better come round.’

Another high point was a brains trust, featuring David Floyd, the Daily Telegraph Russian correspondent, who was later Solzhenitsyn’s first port of call in England. Better still, it included Malcolm Muggeridge, who, as the Manchester Guardian’s man in Moscow in 1932-33, had witnessed the genocidal famine ordered by Stalin, which led to the deaths of at least three million Ukrainians.

Those deaths account for their later greeting the Germans as allies against the enemy who had been responsible for this particular holocaust, and for the iron determination of their resistance today.

In London, I was also able to arrange the visit of heroic dissident General Grigorenko, champion of the oppressed Crimean Tatars. Through Liberal politician Jo Grimond, a lunch was held for him in the House of Commons, attended by historians and various Russian experts.

The General also addressed Russian A-Level students at Eton, though he showed scant interest in the window in College Chapel dedicated to the memory of the Etonians who fell in the Crimean War.

Auberon’s quixotic attempts to underline the significance of Ukraine came 60 years too soon, but his foresight surely deserves to be recognised.

Joy of The Mousetrap by Madeline Smith

30 OLDIE CLASSICS FOR OUR 30TH BIRTHDAY! 7/30 Germaine Greer on cats