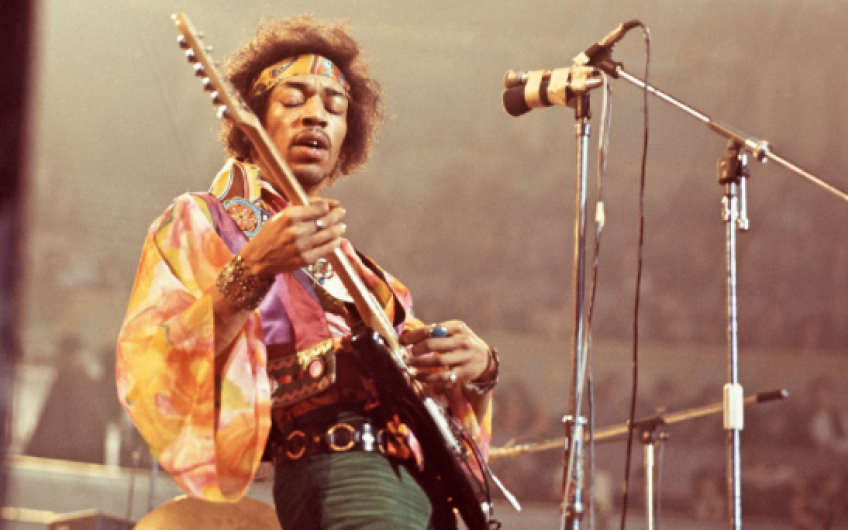 Oldies bedecked in hats, beards and even floral loon pants converged on London’s Jermyn Street on Saturday night – not to honour Beau Brummell, whose statue stands at the entrance to Piccadilly Arcade, but to remember another dandy from another time: one James Marshall Hendrix, better known as Jimi.

One of Hendrix’s songs of lesser renown is called ‘51st Anniversary’; so maybe it wasn’t so odd to be gathering for a Hendrix night at The Scotch of St James, the club where 51 years ago, almost to the day, the legendary guitarist made his London debut.

The Scotch was so trendy in the Sixties that the Beatles and the Rolling Stones were among those who hung out there. One can only imagine what it was like in September 1966 when Jimi took to the tiny stage in a club little bigger than most people’s living rooms.

We got a taste of it, though, thanks to the Hendrix tribute band Are You Experienced?, fronted by the remarkable John Campbell, who not only looks like the man but can also truly play like him.

In skintight, leopard-print trousers, fringed shirt and bandana, he could easily be mistaken for the real thing – if it weren’t for his Brummie accent and quickly apparent sense of humour.

In between playing guitar behind his head and with his teeth, he managed artfully to insert ‘Third Stone From The Sun’ into ‘Purple Haze’, treat us to snippets of 'Star-Spangled Banner', and leap into the audience during ‘Foxy Lady’ to encourage women to play with his tremolo arm – and, yes, it was as suggestive as that sounds.

There were a few foxy ladies in attendance who looked as if they could have been there at that first Hendrix gig – but there were a lot of younger Jimi fans too.

As one oldie standing next to me remarked of these young pretenders, ‘They’re more like the Sixties than the Sixties were.’

But then does anyone really remember the Sixties?