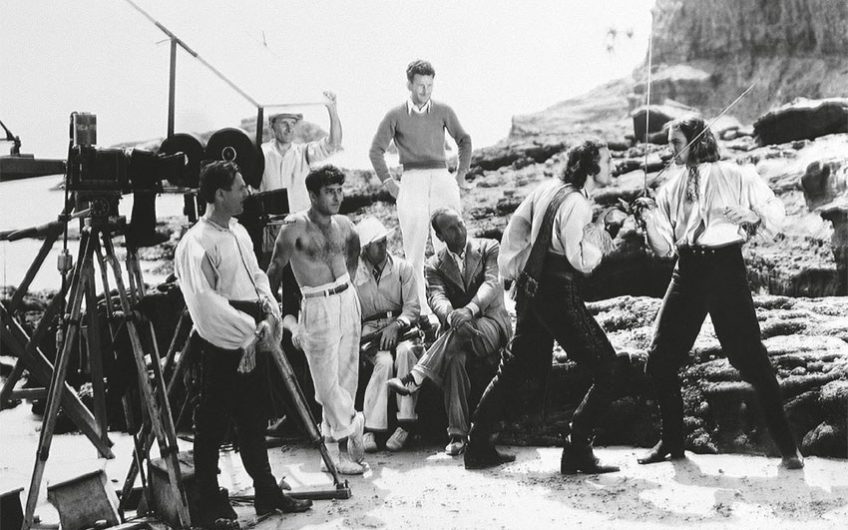 Eighty years ago, Michael Curtiz directed Casablanca. We should remember his other marvellous films, too, says Nick Brown

Sixty years ago, on 10th April 1962, one of the most famous and influential film-makers of all time died, aged 75.

Budapest-born Michael Curtiz was a major player in getting his country’s film industry under way. When he moved to America, he worked with Spencer Tracy, Bette Davis, James Cagney, Boris Karloff, Errol Flynn and Elvis. Nine of his films were Oscar-nominated.

And yet he is still widely remembered only for one masterpiece, Casablanca (1942). There is, though, so much more to Michael Curtiz than one brilliant film.

Following the Austro-Prussian War of 1866, the military dictatorship ended and the Austro-Hungarian Empire was born in 1867. In the economic boom that followed, the Hungarian film industry started to take shape.

The first films – documentaries and newsreels – proved to be extremely popular with the viewing public. It was against this backdrop that a young man named Mihály Kertész arrived on the scene.

Born in 1886 to parents Ignácz and Aranka, Kertész studied at the Royal Academy of Theatre And Art in Budapest. In 1912, he started work at the National Hungarian Theatre as an actor and director.

Released on 14th October 1912, his film Ma és holnap (Today and Tomorrow) was the first full-length Hungarian feature film. The lead roles were played by Artúr Somlay and Ilona Aczél, actors who were known to Kertész from the National Theatre. The film’s première is considered to be the moment the Hungarian film industry was born. Three years later, there were over 250 cinemas in Hungary. By 1918, over 100 films had been produced.

Kertész travelled round European cities in 1913 to check out the tricks of the trade, securing a regular appointment in Denmark at the Nordisk studio working as an assistant director.

His career was interrupted by the First World War, in which he was wounded fighting on the Russian Front. Kertész later wrote of the war years, ‘The intoxicating joy of life was interrupted, the world had gone mad … destruction, thousands for ever silenced, crippled or sent to anonymous graves. Then came the collapse of Austria-Hungary. Fate had spared me.’

He was assigned to make fundraising films for the Red Cross and was appointed director of production at Phoenix Films, the leading studio in Budapest.

When the war ended, Kertész moved to Austria to continue his trade there. He worked alongside Alexander ‘Sascha’ Kolowrat on over 20 films. He would later write that, in his time in Austria, he ‘learned the basic laws of film art, which, in those days, had progressed further in Vienna than anywhere else’.

In Austria, he directed the film that would eventually win him his big break. The Moon of Israel (1924) was a Biblical tale about the Israelites’ enslavement in Egypt, with the extra ingredient of an Israelite maiden’s love for an Egyptian prince.

The film, bought by Paramount Pictures, caught the eyes of Jack and Harry Warner – two of the famous Warner Brothers. They were impressed by the visual style Kertész developed – and the fact that he wasn’t frightened to weave the melodrama of romance into historically important events.

A contract with Warner Brothers followed, along with a name change to Michael Curtiz. History was about to be made.

After arriving in America in 1926, that year Michael Curtiz directed The Third Degree starring Dolores Costello, with whom he would work frequently throughout the silent era. The film was about a circus artist, Alicia, who deserts her husband and child to run off with another man. It showed off Curtiz’s expressionistic style, and even included a sequence shot from the perspective of a fired bullet.

Another successful partnership was forged with Errol Flynn. The swashbuckling Captain Blood (1935) won Curtiz an Academy Award nomination as Best Director and the film a nomination for Best Picture. A swashbuckling pirate adventure, the film propelled Flynn to stardom.

Further Best Director nominations followed, for the gangster film Angels with Dirty Faces (1938) and the musical Yankee Doodle Dandy (1942) – both James Cagney movies. Although known for being a tough taskmaster, in the latter film Curtiz gave the actors more freedom to express themselves, allowing ad-libs and improvised lines.

His evolution as a director led to his finally getting his hands on the famous little statue in 1943: Casablanca won Curtiz Best Director and it also won Best Picture.

What was Curtiz like to work with? By all accounts, all that mattered to him was the final result – a great film. The actors were there to act and it was his job to get the best from them.

James Cagney, who won an Academy Award for Yankee Doodle Dandy, is quoted in A Life in Film, Alan K Rode’s biography of the director: ‘Mike was a pompous ******* who didn’t know how to treat actors, but he sure as hell knew how to treat a camera.’

Humphrey Bogart apparently threatened to walk off the set of Casablanca, saying, ‘He can be a real son of a bitch to the bit players.’ Olivia de Havilland said of her director, ‘I guess he can be a villain but he was pretty good.’

‘Pretty good’ is an understatement. His films received 19 Academy Award nominations in all categories, winning five of them. Curtiz was a perfectionist who would micromanage anything he felt needed micromanaging.

His style was distinctive, with unusual camera angles, high crane shots and evocative lighting. Casablanca is a masterclass in film-making. He keeps the viewer involved in what is happening – often giving us more information than the characters we are watching.

At the start of the film, the police confront some suspicious characters and confiscate their papers. One policeman hands the papers to another one, nearer the camera. He isn’t particularly interested but we, the viewers, can see what’s written on them.

Many of Curtiz’s more intimate scenes – as where the actors speak in hushed tones in an alleyway, so as not to be discovered; or the leading male and female are sorting out past differences – are shot so that the audience feels they are watching something they really shouldn’t be. You feel as if the actors will discover this interloping and tell the audience to clear off before returning to their business. This technique of Curtiz’s, often copied but very rarely matched, was a particularly impressive forte.

Casablanca really was the film where it all came together – superb direction and great performances by the whole cast. And it has all those classic lines: ‘Of all the gin joints in all the towns in all the world, she walks into mine’, ‘We’ll always have Paris’, ‘This is the beginning of a beautiful friendship’, ‘You played it for her; you can play it for me.’

Mihály Kertész, we salute you. You may have been hard to work with sometimes, but you were a master of your art. Here’s looking at you, kid.