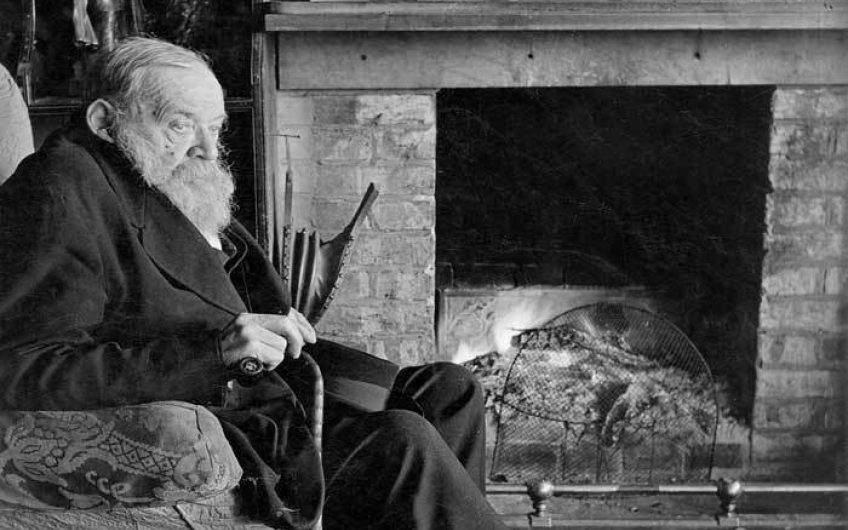 Over sixty years ago my mother took me, a very shy teenager, to Hilaire Belloc’s eightieth birthday party at Kingsland, his Sussex house.

He was sitting at a large round table in his living room looking very patriarchal with his white beard and his voluminous black clothes covered in candle grease (there was no electricity), surrounded by his books and adoring friends. In spite of being the centre of the celebrations he seemed to exude a quiet sadness and resignation.

After being presented with two signed volumes I was shown the house. It was a lovely house with rambling passages, rooms on different levels and a much used chapel – a mixture of grandeur and domesticity. There was a crucifix over every beamed doorway so that the infidel had to bow his head. Farm buildings, fields and a functioning windmill extended beyond the garden.

Belloc was a close friend of my grandmother, Charlotte Balfour, a widow and a Catholic. My mother and her three siblings spent holidays at Kingsland, where companionship with the Belloc children, who were brought up with few restrictions, was often alarming and dangerous. She describes those games in her memoir Lobster at Littlehampton. Conventional games such as pillow fights or midnight feasts were called ‘Pleasures of the Poor’. If the Bellocs’ son Louis cried ‘Hell’ during meals, his parents would grind their knives on their plates to imitate the sound of gnashing teeth.

Three years after his eightieth birthday, Belloc paid us a visit. Dressed in black from head to foot, wrapped in a large cape, loud of voice and rolling his Rs, he was both intimidating and fascinating. At the time we were living in a small terraced house in Oxford and we took him to Mass on Sunday where he enjoyed a long conversation with Father MacMullin, talking about heaven where he hoped there would be ‘lots of r-r-r-red wine’. The glorious glow of ironic wit charmed everyone.

A colossus of the drums