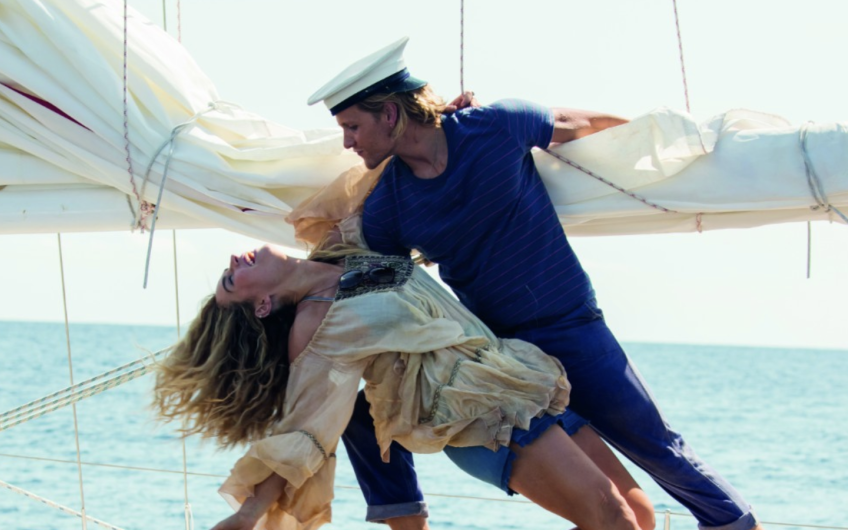 As you settle down to watch that new Hollywood blockbuster or wedge yourself into the stalls for the opening night of that play at your local theatre, spare a thought for the poor actors. You may think we already know whether it’s going to be a smash or a flop, but the truth is, we haven’t a clue – at least, until your reaction informs us.

Instead, we’ll have spent months before the premiere or first night, racked by nerves and insecurity, hoping for the best and fearing the worst, knowing our own expectations are often utterly confounded. I should know: during my forty years in showbiz, I’ve sampled both.

Some years ago, I thought I’d finally made it when I was cast in a central role for a new prime-time BBC drama series, Castles, a middle-class version of EastEnders of which much was expected.

Prospects looked good. Radio Times even printed a cut-out-and-keep family tree, so viewers could work out which character was related to which. But the transmission of the crucial opening double episode coincided with a baking hot summer’s day, when the entire country was either in the park or watching the Rugby Union World Cup quarter-final, in which England were competing, over on ITV. The series never recovered from disastrous initial viewing figures. My chance to become the thinking man’s Ken Barlow evaporated.

Occasionally, you’re not sure whether you’re in a hit, even after you’ve performed it. When I appeared in Arthur Miller’s powerful family tragedy A View From The Bridge, at the National Theatre in 1987, the applause at the end of our opening performance was polite rather than ecstatic, and we took our curtain call with a slight but pervasive sense of disappointment. Never mind, we comforted ourselves as we left the stage, at least we’d got through it.

It was while changing, back in our dressing rooms, that we became aware over the Tannoy that the applause hadn’t stopped. In fact, it was swelling. Several more minutes ticked by before we returned in a dishevelled scrimmage for another bow – with the leading man, Michael Gambon, now in his vest – to find ourselves staring at a moist-eyed, standing ovation.

I was back at the Aldwych in 1990 for a far more chastening experience. Michael Frayn’s much-anticipated sequel to Noises Off, called Look Look (and starring Stephen Fry), seemed bomb-proof; my fellow cast members and I were required to sign up for a year, in anticipation of a sellout smash.

In rehearsals, I found myself wondering if the conceit of the play – set, if you can imagine such a thing, in the stalls of a London theatre – was a tad too clever to get airborne. But when Frayn himself turned up to watch a final run-through and pronounced himself thoroughly delighted, I assumed it was I, not he, who was missing something.

Five weeks later, the play closed after terrible crits. Frayn later admitted in an interview that he’d realised when he first saw it that it didn’t work; but, with opening night only days away, there was nothing to do but to make encouraging noises and hope for a miracle.

Perhaps the most spectacular instance of a show confounding the expectations of the cast and creatives was Mamma Mia!

Just think of it. A ragtag of assorted hits by Abba, shoehorned into an improbable tale about a woman living on a Greek island and planning her daughter’s wedding. Actors not involved in the project smacked their lips at the prospect of the critical reception likely to be afforded to such kitsch claptrap.

I took over the role of Sam a year later, when many of the original participants were still in harness (and the show a box-office sensation), and their tales of that opening night had become showbiz legend.

So sure had many of them been that Mamma Mia! would prove the biggest turkey since Christmas that they’d instructed their agents to start looking for work. But the audience thought differently, and it’s they – you – who ultimately decide.

As well as being entertaining and packed with memorable tunes, Mamma Mia! tackled universal themes, including love, loss and second chances.

The scene (pictured) when the heroine, Donna, helps her daughter into her wedding dress and sings ‘Slipping Through My Fingers’, as she regards her child standing on the threshold of womanhood, was often overlaid by the sound of keening – there’s no other word for it – from the auditorium. Mothers and daughters relived, through the drama, their own experiences, both personal and profound. Pure magic.

Now, twenty years on, I’ve recently filmed a small cameo role in Mamma Mia! Here We Go Again, the movie sequel to the film version of the show.

With more Abba hits on offer and the original cast reunited for the project, it looks likely to prove another critical and commercial blockbuster. But then again, what do I know?