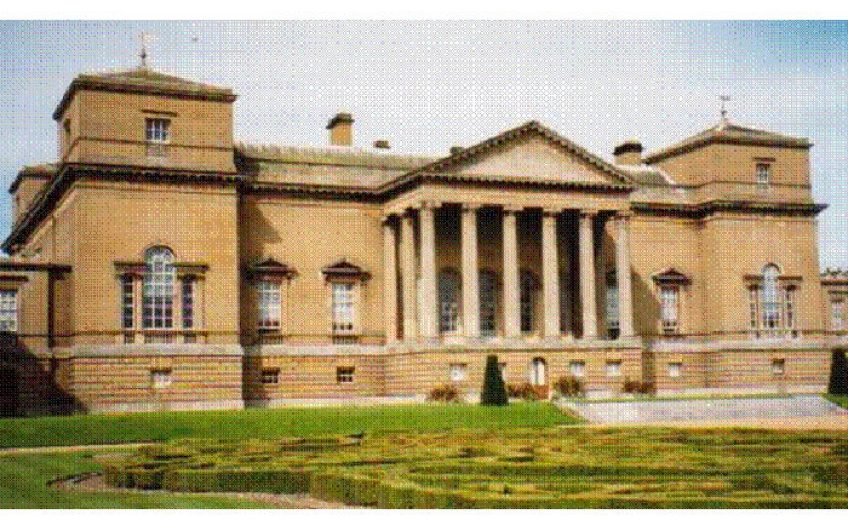 The traces of a thousand walks are left on the sand at the end of the day. Each boot print and paw print is a passing memento of an individual’s choice, to walk here and not there. Like the choices we make in life, each one is tiny, and our route ends up much the same as everyone else’s. In this case – along the beach and back again, imbibing the grand expanse of Wells-next-the-Sea, near Holkham Hall (pictured).

The prints are trodden in such profusion that a great crowd could have gathered on the beach, but at any time there are only a handful of Lowry-like figures on the horizon, leaning into the wind, trudging over soft sand, jumping a rivulet. The huge beach with low sandbanks rolling out towards humble surf seems to swallow hundreds of people, or render them inconsequential.

Sky, sea and sand, backed by green-black pines that cover the dunes; the scene is unchanged through every season and yet constantly changing. The moods of the sea, even a relatively undramatic North Sea which flits between grey-blue and grey-beige, change with every day. And winter storms, urged on by the full moon, bring drastic upheavals. This year, brutal tides have flattened the last traces of a marram-covered outer dune that stood tall until the storms of 2013. It’s hard not to view such change as loss.

The best clue to the season lies in walkers’ garb and whether they bring dogs. In summer, many dogs disappear, presumably left to pant in a shady garden. In winter, I count as many dogs – two dozen – as people.

Wells is greatly prized by dog-lovers as a big beach with only a minuscule muddy section reserved for children over dogs. So the pets are let off their leads and race in giddy circles, dancing on tiptoe, jousting with passing rivals. Ben, Milly, Lola and Bella may be permanently delighted but they are more ecstatic than ever on Wells beach, pleasurable drool dripping from grinning mouths.

As more crowded seaside towns establish more stringent no-dog rules, the little port of Wells positively bustles with pooches. The nine conscientious dog-owners are overshadowed by the tenth who lets their dog pebbledash the pavement and doesn’t scrape it into a little plastic bag. Still, dogs are good for business. Cafés put doggy water bowls outside their doors. As twilight falls, I slope past one coffee shop and half-expect to see dogs sitting upright in the lighted window, supping lattes. Animal-Farm-next-the-Sea.

I’m not a grouchy, dog-hating walker although I struggle to raise much gratitude for the thoughtful cries of ‘He won’t hurt you!’ as a gigantic English mastiff tanks up to my small child. Dogs are boundlessly positive love machines and walking facilitators. They clearly enhance their owners’ mental and physical wellbeing. But, rather like cars, dogs seem to be getting bigger and, like cars also, we have more of them and they go to more and more places. Just as with our human population, at some point we would be wise to plan for what size of canine population gives us all a good life. How about a limit of one per household?

Dogs may be effortlessly hosted by the open spaces of Wells beach but they are changing the place. Furtive shore-nesting birds such as the ringed plover have disappeared from here – scared off by even well-behaved dogs trotting past. These endangered birds can now only breed on the sands of nearby Scolt Head which, as an island, only receives that rare breed of dog that also sails.

*Park at Beach Road car park, Wells-next-the-Sea NR23 1DR. Walk west towards Holkham for one-and-a-half miles then back. Depending on the wind direction, you can avoid headwinds by walking in one direction along the lovely sheltered path behind the dunes at the back of the pine woods. You can also follow the sea bank south to Wells port, which has cafés and a quirky boat-pub, the Albatros. Map: OS Explorer 251 – Norfolk Coast Central