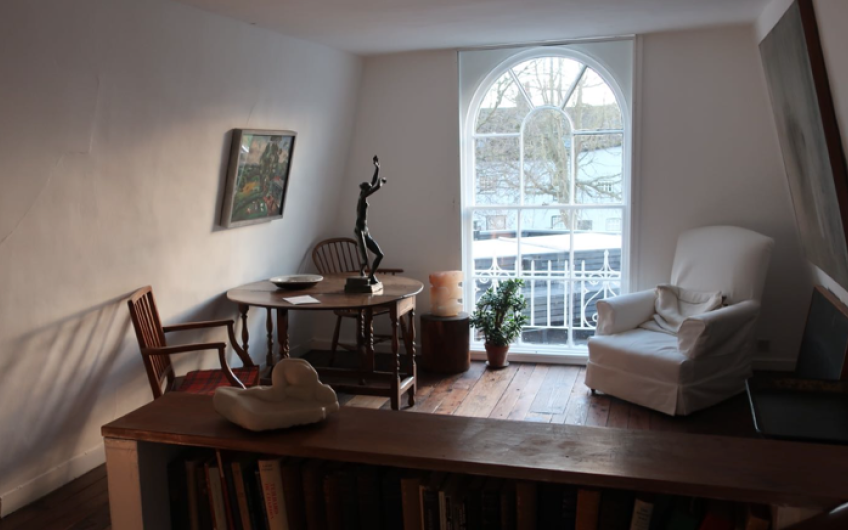 Last year, I had a brief infatuation with house-museums. I decided that the very best museums are the inhabited, living ones – in stark contrast to the meticulously curated barren white spaces marshalled by suited assistants. The Tate Modern, for example, would not have been able to engineer a three-day sarcophagus party to rival that of Sir John Soane at his townhouse in Lincoln’s Inn Fields (held in celebration of procuring the sarcophagus of King Seti I). If it had, the bureaucracy involved with its organisation would have been hell.

Home-owner curator is a decidedly different job to that of museum curator. Jim Ede (1895-1990), the creator, curator and resident of Kettle’s Yard, in Cambridge, sought to make a place that should not be ‘an art gallery or museum, nor simply a collection of works of art reflecting my taste or the taste of a given period’.  He continued, ‘It is, rather, a continuing way of life from these last fifty years in which stray objects have been used to make manifest the underlying stability.’ Such an ambition, or lack of ambition, is refreshing.

Ede is remembered as ‘a friend to the artists’ – he is immortalised as such in a blue plaque on his former house – now owned by the University of Cambridge. ‘Friend to the artists’ is actually how he modestly described himself. A former curator at the Tate (or the ‘National Gallery of British Art’ as it was then), he buoyed up and befriended the contemporary artists of the day – who were often snubbed by the artistic elite – and began to build up a collection of their work. This would grow over five decades, eventually forming the basis of Kettle’s Yard.

Although the Kettle’s Yard gallery space has had a glamorous revamp under Jamie Fobert Architects, the cottages – where Ede lived – exist almost unchanged. The ‘Louvre of the Shell’ I’ve heard them described as. I wonder why? Could it be the stillness of the minimalist aesthetic, with the whitewashed walls flowing, one into the next, like the interior of a periwinkle shell? Or, is it more literally, that there are shells and pebbles on display across all surfaces, as if put down on the spur of the  moment or in mid-conversation, after being combed from the beach? Most brilliantly, there has been no stuffy memorialisation. Kettle’s Yard still operates the ‘loan’ policy originated by Ede. Students would come for tea and return to their college, Miró underarm, to spruce up their bedroom wall or replace a humdrum poster.

In a fantastic memoir printed in Slightly Foxed (Issue 42, Summer 2014), Mark Haworth-Booth, a former senior curator at the Victoria & Albert Museum and past student at Clare College, Cambridge (1963-66), recalls being told about a man who opened his house to visitors several afternoons a week to view his art collection. Haworth-Booth recalled that his ‘callow imagination conjured up a flashy aesthete in a tall townhouse, probably with an agenda extending beyond the love of art’.  How wrong he was. He described Ede’s appearance when he first answered the door as ‘a slim, white-haired man, with bright, blue eyes, wearing a denim blue jacket. We heard ourselves being welcomed in a musical voice.’ Haworth-Booth quickly became a habitué. He writes, ‘I realised that if you hung around at the end of visiting time, you might be asked to stay to tea. Then you would meet the lovely Helen, with her white fringe and Scottish brogues.'

After I visited a few weekends ago, I showed The Oldie's publisher, James Pembroke, my photographs and the postcards I’d picked up. One card was of the Gaudier-Brzeska sculpture The Dancer in the early evening light. James said, ‘This is going to sound mad, but I could have sworn that that was on loan to my college while I was at Cambridge’, adding, ‘I’ll never live alongside art quite like it again.' Multiple bronze casts must have been made from the original clay work, because on a trip to Tate Britain, I saw the same Gaudier-Brzeska sculpture ­– this time in the formal gallery setting. As much as I adore Tate Britain, it just wasn’t the same.

Visit Kettle’s Yard now to see the house and new galleries. Free timed tickets to the house are only available through the information desk on the day of your arrival; 'Antony Gormley: Subject’ is on show 22nd May to 27th August; http://www.kettlesyard.co.uk/