How to die in peace – Prue Leith 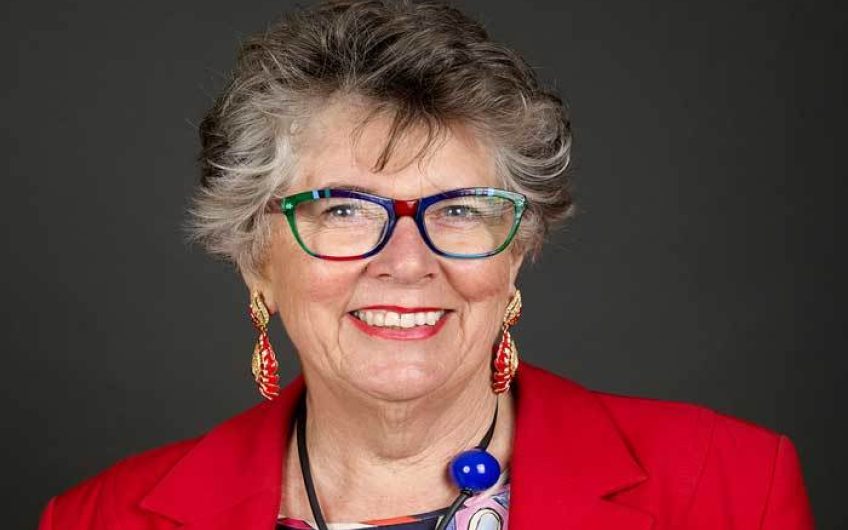 As surgeon Henry Marsh backs assisted dying, having a ‘living will’ isn’t enough, says Prue Leith. You have to make sure the people who keep you alive know about its existence

When my Mama was dying in her own home, she was generally content in the knowledge that she’d be allowed to get on with it without medical interference. She’d circulated her ‘living will’ (now called an Advance Decision to Refuse Treatment) to all the family and sent it to her doctor and lawyer.

But she very nearly didn’t get her way. On the day she died, in 2010, her wonderful professional carer, Alison, who’d looked after her for years, was sitting by her bed, stroking her hand as she slept. Alison, who’d seen a good few patients through this final rite of passage, correctly read the signs of chilly hands, irregular pulse and laboured breathing of impending death. She knew it would be soon.

And then the worst happened. Every evening, social services provided half an hour’s extra help for Alison to get my mother undressed, washed and into bed. Usually, the care assistants sent to do this job knew my mother’s wishes. But this evening, the woman who came had never been before. Taking one look at the patient and realising she was in extremis, she walked to the living room and dialled 999. Alison tried to stop her but did not want to leave my Mum, nor shout too loudly and disturb her.

When the paramedics arrived, my mother was already unconscious and Alison begged them to leave her be. But paramedics are trained to keep people alive; not stand by while they die.

Mercifully, my Mama, a former professional actress, knew a thing or two about exits and entrances, and died before they’d unpacked their gear.

Had she not thus thwarted the dutiful and efficient paramedics’ intentions, she’d have been subjected to the very interventions she didn’t want: resuscitation, being carted off to hospital, and probably to further well-meaning attempts to keep her in this world.

My husband died in hospital in 2002, and in his last three weeks, though everyone knew he was dying, he went through several of these brave, but misguided, procedures. Once he was clinging to my hand, but I was pushed out of the way because the medics needed the space for CPR, to give him adrenalin jabs, to keep him alive at any cost.

There are no easy answers. It’s a paramedic’s and a doctor’s job to save life. But at what cost? If they are only delaying the inevitable and doing so in opposition to the patient’s wishes, it’s mad, surely?

The Advance Decision (formerly the ‘living will’) has become more widespread as people become aware of how awful dying can be. But I fear that, though writing and registering a living will may make you feel better, in the belief that you won’t have the pain and indignity of repeated medical interventions, that document is no guarantee of a good death.

If you have a stroke or heart attack or are knocked unconscious and are unable to point to the whereabouts of your Advance Decision, you have a problem.

Even ‘Do Not Resuscitate’, tattooed on your back and chest, is unlikely to wash with the ambulance guys. Once in hospital, there’s a very thin chance of the docs on duty knowing about your Advance Decision, let alone locating it or acting on it. Jerking on a bed at the mercy of a defibrillator, or being pummelled and pushed and manhandled onto a trolley and into an operating theatre could be your fate.

But help may be round the corner. Advance Decisions, properly registered, now have the force of law, at least in England and Wales. Medics can be taken to court if they do not obey your instructions. But they cannot be blamed if they haven’t seen them. A living will in a lawyer’s files is no good at all. Even pinned to the inside of a front door, it is likely to be missed.

There are some good ideas about: you could carry a Notice of Advance Decision from compassionindying.org.uk – preferably on a lanyard round your neck, so it’s unlikely to be missed. This will alert medics to the existence of your instructions.

Or you could get an electronic pendant or bracelet, optimistically described as jewellery, from medicalert.org.uk, which will bring up the details of your Advance Decision. And/or you can insist your Advance Decision is included in the summary care record on file at your doctor’s surgery and at the hospital.

But ultimately, unless the NHS establishes a nationwide register of Advance Decisions and makes checking the register compulsory before reviving a patient close to death, living wills are a guarantee of nothing.

Sadly, just as we need to make assisted dying legal for terminally ill, compos mentis patients, we need to legislate to ensure a sane patient’s desires about their end-of-life care override our ‘doctor knows best’ culture.