How to understand Faust? Read Louis MacNeice - AN Wilson 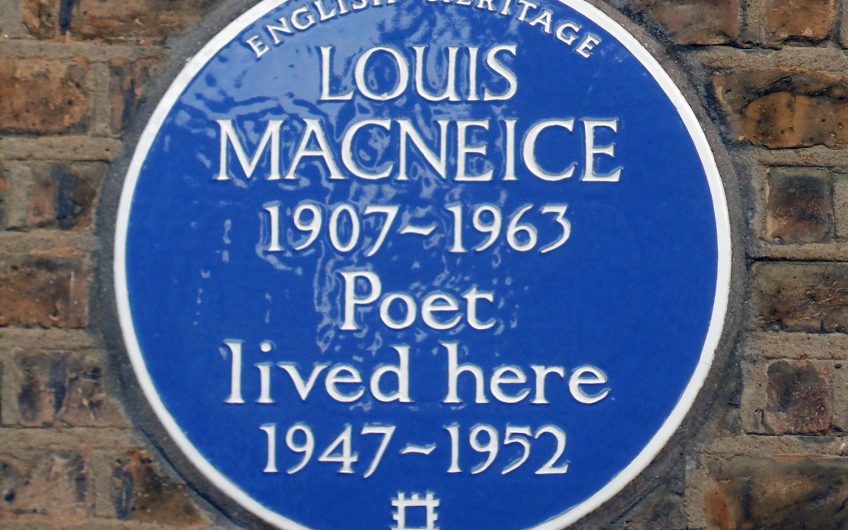 One of the reasons that Germany’s greatest literary genius, Johann Wolfgang von Goethe, is all but unread in the English-speaking world, is the very great difficulty of translating his poetry.

The best of it, arguably, is the lyric verse. Undoubtedly the most interesting is contained in Faust, which displays a vast range of tone, a superfluity of styles and modes – now caustic, now lyrical, now sublimely spiritual, now melodramatic. It is symptomatic of the general English ignorance of Faust that most people, if they allude to it, assume that Goethe repeated the traditional story from Marlowe’s Doctor Faustus, of Faust’s “bargain” or “pact”, with the Devil. In fact, it was only after completing a version of Part One of Faust that Goethe got round to reading Marlowe. He totally subverted the original Faust legend, which he had first picked up as a child from watching versions in puppet theatres. His Faust feels in no danger of going to Hell, since he does not believe it exists. In the second part of the drama, Faust makes an imaginative journey back into the ancient world,. He embraces Classicism, and the grinning, nihilistic Mephistopheles is out of his depth when meeting his rivals, the Sirens, the witch Erictho, the Centaur-Mage-Medic Chiron, etc etc.

How could we poor English be expected to make sense of it all? One of the moments in our history when we were most likely to do so was in 1949, the bicentenary of Goethe’s birth, when the radio broadcast six totally inspirational episodes of Faust. The translation was by a BBC employee, the poet Louis MacNeice.

A young classics don, Louis MacNeice had joined the BBC as war work in 1941 and he continued to work there until his early death in 1963. His Faust is easily the best translation I have ever found, and although it is not complete (he cut the longer disquisitions on science, for example) it is one which will set you on the path to reading the thing in full and eventually tackling it in German.

Compare and contrast MacNeice’s version of a famous speech – where Faust speaks of being “two souls” at war with one another, with that of Coleridge. (Faust is addressing his student-sidekick Wagner – nothing to do with the famous composer).

You are only conscious of one impulse. Never

Seek an acquaintance with the other.

A contract one of them desires to sever.

To the world with the tentacles of its senses;

The other lifts to the Elysian Fields

Out of the mist on powerful wings.

Two spirits are contending, each attempting

To separate from the other. One with strong

But sensual ties is fettering me to earth;

The other powerfully soars, and spreads

Its wings to loftier emprize…

The original German does not have the “Elysian Fields”, but MacNeice perhaps inferred them from the words “Zu den Gefilden hoher Ahnen”, to the fields of higher thought. In German, the Elysian Fields are known as “die Gefilde der Seligen”.

Coleridge only translated a very truncated version of Faust Part One. MacNeice boldly translated the whole work, pruning, as I say, the repetitions and some of the wafflier bit of geological speculation etc .

His finest passages – and they are also among the finest passages in the German – are found in his translations of Part Two, Act II, when Faust was transported by magic to the Pharsalian fields, where Caesar and Pompey had fought their great battle against one another –

But here at Pharsalus was fought a master model

To shreds the lovely thousand-petalled wreath of freedom

While the stiff laurel twists around the royal head.

It is here that Faust really takes leave of the old Nordic, Gothic Christian fantasy of a Devil and embraces, as Goethe did, the Classical. “(The Classical is what I call healthy, the Romantic is sick” as Goethe said in old age to Eckermann on 2 April, 1829).

MacNiece was of course a classicist –

Which things being so, as we said when we studied

The classics, I ought to be glad

That I studied the classics at Marlborough and Merton,

Not everyone here having had

The privilege of learning a language

That is incontrovertibly dead,

Around in his head.

At Marlborough, incidentally, he had been a contemporary of Anthony Blunt and John Betjeman. Their dormitory chat must have been a cut above the average.

MacNeice was certainly a better classicist than Goethe but, with his combination of colloquialisms and the high style, he was able to convey some of the way that in Faust we lurch between the sublime, the satirical, the coarse-grained, the spiritual, the high and the low. While Faust, like Goethe on his Italian Journey, is awestruck,, in a Grand Tourist way to be in the mysterious presence of the ancient world –

Here, through a miracle, here in Greece! I stood

On her soil and felt at once the soil was good

Mephistopheles claims to feel at home among the spirits, monsters, sirens etc of the ancient world; he is actually, Gothic northern grotesque that he is, a bit out of his depth and soon has to revert to rather chippy negativism which does not convince

The Greeks were never up to much! They daze you

Our sins seem gloomy by comparison.

This is the MacNeice who said that

“It’s no go the merry-go- round, it’s no go the ricksaw/All we want is a limousine and a ticket for the peepshow”.

It would be great if the BBC still possessed recordings of the original 1949 radio production of MacNiece’s FAUST. But if not, surely we would all tune in to a revival. Faust must, in its finished form, especially in Part Two, be all but impossible to stage. But radio would allow us to fly through the air on horseback with Mephistopheles and to go again with Faust in spirit or dream to the “Classical Walpurgisnight”. Tuned into the radio, we could tap into the experience Faust himself has, as he reconnects with the imaginative, legendary and literary past.

A sphinx like this saw Oedipus stand in hope;

Such sirens made Ulysses writhe in rope.

I feel some new force fill me, thrusting through

The forms are great and great the memories too.