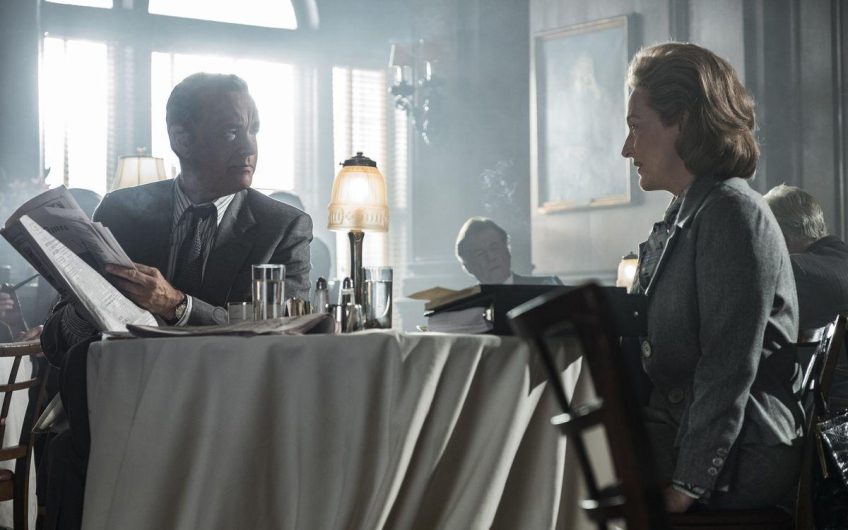 Over many decades, I’ve written columns for a variety of newspapers and magazines while journalism itself has undergone many changes. (By the way, see the movie “The Post”, pictured, for an accurate glimpse of the nuts-and-bolts of newspapers, the way they used to be.)

In the 1960s and 70s, there were not that many columnists.  A newspaper might have one or two writers with the authority to compose a column – Peregrine Worsthorne in the Sunday Telegraph, say, Bernard Levin in The Times (and previously in the Daily Mail), Katharine Whitehorne in The Observer. Jill Tweedie in The Guardian had a good-tempered line in feminist thinking – she also had the knack of sharing her life experiences in a way that didn’t seem overly narcissistic. Popular women columnists in the tabloids – Jean Rook in the Daily Express and Lynda Lee-Potter in the Daily Mail – seemed like towering national figures in their day.

The stock-in-trade of the columnist was to have an opinion on many – if not quite every – subject: sometimes to be outrageous and sensational: sometimes to be informative and entertaining.  Sometimes, invective was a selling-point, and I seem to remember that Lee-Potter and Rook pioneered the bitch-fest column (often selecting members of the Royal Family as their targets, since they famously didn’t answer back), which became immortalised in Private Eye’s “Glenda Slag”.

Then, as the years wore on, columnists increased and proliferated, and today a newspaper like The Times,  will have three or four regular columnists each day. In one sense, the competition is much greater – the Internet and blogging have opened the floodgates of so much more writing, information and opinion-mongering – and yet, there are also many more opportunities because of all these outlets. I also believe that because there is so much data and information available to us all, there is a constant need for trustworthy analysis. This week, for example, I’d like to read a really well-informed column about what is exactly going on at Davos – not just describing it, but interpreting it intelligently for me, too, from someone who knows their stuff and can analyse the content.

It’s important to study the market, and to read the newspaper or magazine for which you want to write. Some columnists are successful because they entertain the reader – Rod Liddle is, I would say, is a columnist with a very high entertainment quotient. Jan Moir in the Daily Mail can also be an entertaining and amusing observer. Some columnists are there to entertain and provoke: in her prime, Julie Burchill fulfilled this role more than brilliantly. She has been succeeded in this genre, today, by Caitlin Moran: although the shocking-young-woman voice can only be sustained for a certain length of time, without becoming a repetitious cliché.

And of course, personal taste is a factor. Women columnists can be very effective in writing directly about the personal experiences in their lives – from sexual harassment issues to personal encounters with care, death and dying. These things can make for vivid reading, and people like you to share, sometimes, and to identify. I’d always encourage writers to offer pieces about experiences they’ve been through. However, on certain subjects, again, there can be a saturation point. With all due respect to those who suffer from it, I don’t think I ever want to read another personal-confession piece about the menopause. You can go too far up your own navel – but, look, no offence meant! It’s just a matter of personal taste…

We all change and evolve our taste over the years, and I think I look for different qualities, now, in a columnist than I used to do. I was once very dazzled by style in a columnist – Jilly Cooper, before she became a novelist, was a very beguiling stylist as a columnist – and I also warmed to strong opinions: but now I think I am more drawn to writers who provide interesting information and analysis, whether it be of politics, foreign affairs, or human dilemmas. I also like a “voice” that I feel I can trust. “Trust” can be an important element in a columnar “voice”.

Sometimes readers follow a columnist to have their own views re-enforced. Perhaps we all do that, to some extent – and social media certainly tends to enfold people in their own bubble. But we should always be open to the unexpected, as well.

Although journalism has changed so much over the decades, the most useful tool of the columnist remains the same: a notebook, carried everywhere, in which every idea and thought is registered. A columnist must (1) have something to say and (2) draw on ideas. Ideas need to be noted down the moment they occur, and then developed, and researched. Sometimes a column develops from linking two or more ideas together…

A successful column has a kind of personality of its own, but here’s the challenge: readers may want both continuity and change from a columnist. That’s to say, a columnist may, indeed, repeat herself – it’s inevitable that she will, since she will return to themes that she knows about. But the columnist should also, sometimes, surprise, and turn an idea on its head. Simon Jenkins, in The Guardian, often does this quite well: take a subject, and look at it another way.

The life-as-disaster column is a genre unto itself. Jeffrey Bernard was, surely, the master of this genre, in The Spectator: The Oldie’s Wilfred De’Ath must be currently one of the finest of practictioners.

Yeats’s advice to writers was that that they should learn to “put pictures in their prose”: and I would add to that, that it’s often engaging to tell a story when writing a column. Edward Lucas, who often writes about serious matters touching on Russia and Eastern Europe, was writing recently about the fact that a fifth of the British population is “often” or “always” lonely: he didn’t write a preachy column about this, but he told a poignant little story about an Estonian correspondent who used to write to him regularly. When the letters stopped coming, Lucas learned that his pen-pal had died, and that no one attended his cremation: how he regretted he hadn’t made more of an effort to befriend the older man, whose life had been intertwined with the bleak history of his country.

A columnist needs a “profile”, and a specialisation is always an advantage. I’ve known writers who made themselves brilliant experts in law, health, child psychology, gardening. To be the “go-to” person for a particular speciality is a great strength. Who knows more about Britain’s historic hinterland than Lucinda Lambton? Who is a better authority on digital life than Matthew Webster?

Writers are nearly always advised “write about what you know”, and that’s unfailingly sound: but a columnist has to keep knowing things and keep writing about them, which means continual learning and continuous experiences. There is something of an ongoing responsibility about writing a column: I remember when Richard Ingrams quit writing a column for the Observer, he said that “the trouble is – you’re always thinking about it”.

Keep a notebook: develop ideas: get a “feeling” for the readership of a publication: read, go places, have new experiences, attend new events, travel, reflect on what you have learned. Use social media to feed you thoughts and ideas – Twitter can indeed be helpful for that – but don’t let it use up all your energies. All human life can go into the mixture of writing a column. ***

Mary Kenny has written regular columns for the Sunday Telegraph, Daily Express, Irish Independent and Catholic Herald, as well as, currently, for The Oldie

Save the Eurostart - Mary Kenny

No Continental European is an island