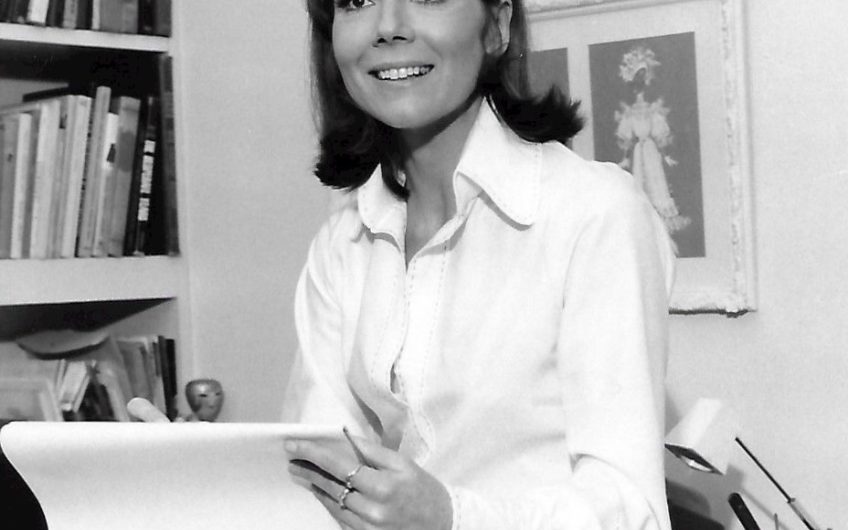 The actress, who has sadly died aged 82, will appear as a nun in Black Narcissus at Christmas

My paper knickers. I first discovered them when I had a baby - they’re soft, they don’t rustle and your luggage gets lighter as you go along.

Yes, I do. I’m not Elizabeth Taylor.

India – the far South; the far North. I was bought up there [as the daughter of a railway executive] and I just love it.

Do you still speak Hindi?

I was recently in New York and I gave this cab driver a really good tip but he got out of the cab and demanded more money. From the mists of time, I found myself saying, ‘Tum bhouth badmash’, which means ‘You’re a very naughty person.’

Cornwall. You didn’t go on holiday in India. You just went up to the hills in the hot season. When we came back to England, we used to go to Bude.

You were born in Yorkshire. What are your favourite parts of the county?

As a county, it’s absolutely ravishing. I’m going back to do some filming around Skipton. Last year, we were filming again in Yorkshire for Victoria [Rigg plays the Duchess of Buccleuch] because it’s got these wonderful stately homes.

If you got a list of good theatrical digs, you were quids in. There used to be a code amongst actors and actresses. If the place was absolutely terrible, they would write in the visitors’ book, ‘Quoth the raven’ – from Edgar Allan Poe’s poem The Raven, where the raven cries, ‘Nevermore.’ And if the landlady was obliging, they would write, ‘Charged for cut flowers’.

Where did you travel as a Bond girl in On Her Majesty’s Secret Service (1969)?

We went to Portugal and Switzerland.

Did you travel for The Avengers?

No, absolutely not. Occasionally in the countryside.

I’ve been to China, the Great Wall, Slovenia, South Africa – I am an avid traveller. I’ve been to the Galapagos, Bhutan, all across South-East Asia, apart from Polynesia and Japan.

Where in Scotland did you live when you were married to Archie Stirling? What is your favourite part of Scotland?

Stirling – I was Chancellor of their university for 10 years. Loch Morar would be my favourite part.

I spent 10 months in New York in 2018, playing Mrs Higgins in My Fair Lady. We did three performances in 24 hours and it was a very long show. So I didn’t get to dig deep into what New York had to offer. I’d just swing my legs out of bed with a groan and totter across to the theatre, deliver and totter back. I had my 80th birthday party there and gave a big party.

I’ve always been one. I was in Chichen Itza, the Mayan ruins, in the early 60s. It’s now been fully explored but, when I was there, it was still half jungle. Islands I particularly love because they’re a sort of mini-cosmos, a distillation of culture.

Well, no, because you look stupid muttering to yourself and gesticulating.

I love it. I discussed this with my brother – we were brought up in India, then we were sent home to school and didn’t see our parents for a while. So you become very independent.

A hotel – I’m very fond of a cocktail.

Bull’s balls in Greece – they were spongy.

I speak French, a muttering of restaurant Spanish and Hindi in a crisis.

When you’re lied to about the length of a journey and they say it’s only 10 minutes by taxi and it turns out to be half a day.

Sleeping upright in a train is not much fun. My father was a railway engineer and built the railway for the Maharajah in India. So I’m a railway child and love railways.

No, I absolutely loathe it. In fact, I’ve got one suitcase which is still not unpacked from coming back from New York over a year ago.

Always have a very comprehensive medical kit. I travel with antibiotics, and I also have pills for three degrees of pain: slight, worse and really bad. For those scratches and bites, there’s a wonderful thing called Mercurochrome, which is a very old-fashioned recipe.

Yes, wherever I go, I plug the English language. If you have a guide or a translator, they’re longing to learn the language – so I’ll give them a lesson.