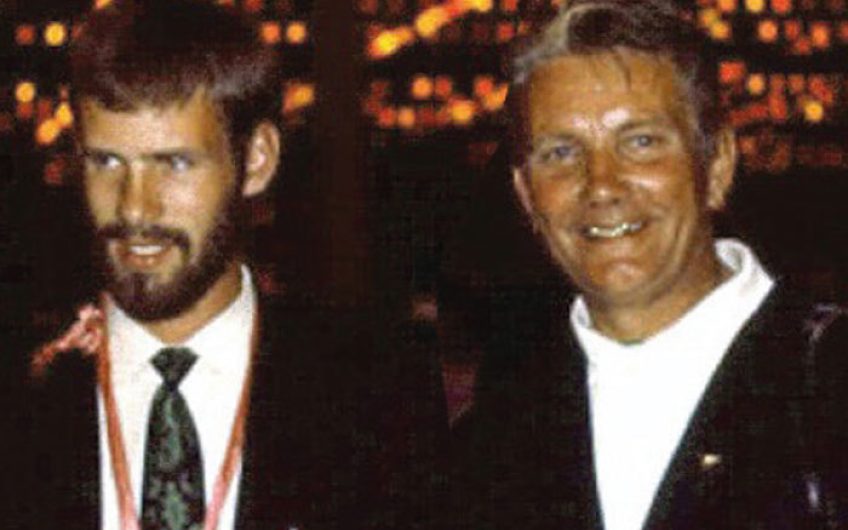 Colin Keeler, played by Neil Morrissey, appeared in The Trial of Christine Keeler. Michael Lawrence remembers working with him at Butlin's

The summer of 1965 saw me employed as a photographer at the Butlin’s Holiday Camp in Pwllheli, North Wales.

Now every Butlin’s photographer had to share a chalet with another, and the one I shared with called himself Pete King. That hadn’t always been his name. Originally it was Colin Keeler. Colin Keeler was Christine Keeler’s biological father.

Pete had abandoned his family shortly after Christine’s birth in 1942, but when the Christine Keeler story hit the headlines, he did not keep his paternity secret. Quite the reverse. Every week, scores of campers went home with the news that they’d had their picture taken by Christine Keeler’s father. It was a hell of a sales gimmick.

With his rough-diamond charm, tousled, sun-bleached hair and a smattering of gold teeth that always seemed to catch the light, Pete was adored by most of the campers - especially the female ones. Some husbands or boyfriends were less enchanted, but, if a male camper said something Pete didn’t like when he was about to snap a couple or group, he had a fine line in put-downs. Such as, leaning over the man, gold teeth glinting tautly in the murky light, and hissing, ‘Listen, chum, I may only be a dozy twat with a camera, but you can bet your sweet life I make more in a week than you do in a year.’

The money wasn’t as good as that but it did the trick. The man was humiliated, his wife or girlfriend apologised for his rudeness, and Pete ran off several shots before spinning on his heel with a hearty laugh and a wink for the women.

Most evenings, Pete and I worked in tandem, in one or another of the camp’s enormous bars. He would strut into it shouting, ‘All right mate? OK love?’, to all and sundry while firing his flashgun into every deck of eyes that turned his way.

Once the crowd realised it was charming Colin who had blinded them, they were putty in his hands – they weren’t merely his subject matter, but his adoring public, too. Where I left them with nuked vision and a ticket for their picture, Pete left them with nuked vision, a ticket and a warm glow. No one remembered me, flying by, anxious to get the job over and done with, but everyone remembered Pete King.

They would have remembered him even if he hadn’t told them he was Christine Keeler’s father.