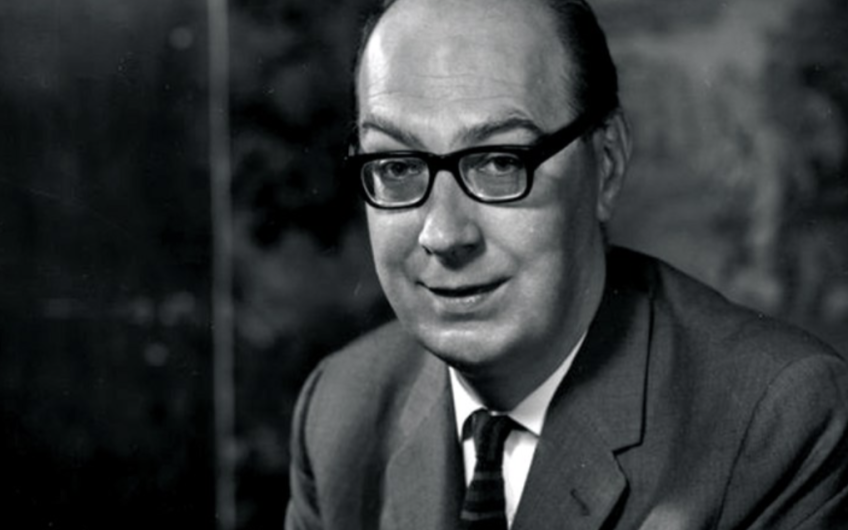 I only mention it because it occurred in a crowded room in which an interesting incident, much written about subsequently, also took place. The room was in No 10, to which Margaret Thatcher had invited various poets and writers and their spouses (I was married at the time to the writer John Gross) for a party.

Larkin and I greeted each other briefly and he was soon introduced to Mrs Thatcher, whom, as he had told me previously, he ‘adored’. In the course of their conversation, overheard by a group of literati, she quoted a line from one of his poems, ‘Deceptions’ – a wonderful line: ‘All the unhurried day,/ Your mind lay open like a drawer of knives’. Larkin was delighted, even though she had slightly misquoted the first few words.

This small misquotation led various anti-Thatcherites such as Alan Bennett to conclude that the philistine Prime Minister had been hastily briefed shortly before the party; clearly she had never read a word of Larkin. However, I have since learned that Mrs Thatcher was an enthusiastic reader of poetry and that she knew lots of it by heart – Kipling, T S Eliot, Longfellow and, yes, Larkin.

In late 1979, when I was working at the Observer, I was asked to do a long interview with Larkin. There was no particular ‘peg’. In those days it was still possible to interview people on the basis of their intrinsic interest rather than as a PR exercise.

Before setting off for Hull University, where he had been librarian for about 25 years, I read all Larkin’s novels and poems, talked to various of his friends, studied photographs and formed a strong impression of the kind of person he would be: lugubrious, shy, polite, physically unprepossessing, depressed, unforthcoming and charming.

As soon as I entered his spacious office, I realised that most of those adjectives didn’t fit. He greeted me in a positively jovial manner. There wasn’t a trace of gloom about him. If he had once been shy, he had completely cured himself of this disability. He seemed almost extrovert. His appearance, too, confounded my expectations. He was much taller and physically much more imposing than I had imagined. And yes, charming – and funny.

Before starting the actual interview we went, at his suggestion, to a nearby pub, where he insisted on queuing for drinks and sandwiches and was only persuaded not to pay the bill when I assured him that we were eating at the Observer’s expense. He drank a pint of bitter rather quickly, I remember. He told me that he liked living in Hull because it was so far away from anywhere else. There was less crap in Hull than in London. He liked peace and quiet and unpretentiousness. He was very fond of his friends, but also of solitude.

When I mentioned that I had feared that he would be difficult to talk to and a bit of a miserabilist, he laughed, saying that poems were often written out of unhappiness but that didn’t mean that the poet was in a continuous state of misery. When he was young, he had suffered from a stammer, he told me. I asked him to repeat all this in the interview.

He did. And he said many other fascinating things. For example, that he had dreaded that the line ‘They fuck you up, your mum and dad’ would find its way into the Oxford Dictionary of Quotations. He didn’t want it thought that he didn’t like his parents. He did like them.

Another unexpected revelation was that he read very few serious books. He liked detective stories and undemanding fiction such as Trollope, Anthony Powell and Kingsley Amis. He read almost no poetry, he said, though he later mentioned a string of poets whom he found moving. He hated being abroad, though he wouldn’t mind seeing China as long as he could come back on the same day.

During the three or so hours I spent in Larkin’s delightful company, his good humour never flagged. Even the sentence, ‘Deprivation is for me what daffodils were for Wordsworth’, which has been much quoted since, was said in a light, matter-of-fact way.

There was only one moment when his darker side – the voice of the poems – showed through. As I was setting up my tape recorder before the interview, he said (off the record) in a totally un-self-pitying way, that were it not for his job as a librarian, he would long ago have killed himself.

l Miriam Gross is the author of ‘An Almost English Life’, Short Books £12.99.