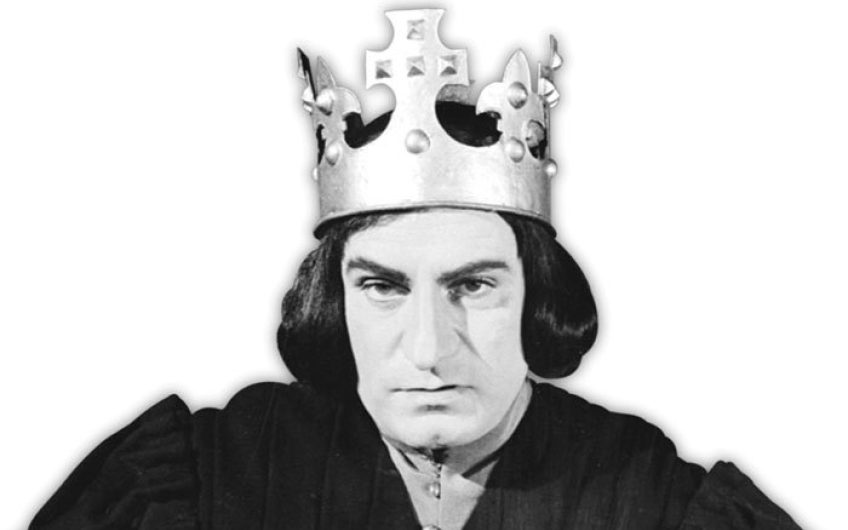 The late Sir Laurence Olivier exercised an eerie fascination over me from the first time I ever saw him act in the film version of Hamlet. It was something to do with the way he arranged his face before he spoke, and then pushed the familiar English language about into weird shapes, rather in the way Gerald Scarfe distorts the human face.

It was still recognisable as English, but the pleasure was not so much in listening to the meaning as to the funny cadences, the unexpected swoops, mutters and yelps.

It was a style that achieved its fullest flowering in his Richard III, where the distortions in the language were echoed by the cartoon figure on the screen, the hump, the nose and the funny walk.

I first saw him in the flesh, without really meeting him, in Sean Kenny’s office in Greek Street some time in 1964, when he came in to talk about the set for a play Sean was designing. Sean was a small, tough, broad-shouldered Irishman, who could lift a car onto the pavement if he didn’t like the way it was parked, and frequently hit people, and I was alarmed when Sir Laurence laid a languid arm round his shoulders, rolled his eyes and said, ‘Hello, Shawnie Baby!’

Sean didn’t hit him, but I was surprised how concerned Olivier was about timing and delivery, even off stage.

I am not sure whether that mystery was solved about five years after that, when I met him. I had translated Danton’s Death for the National Theatre. The play was directed by Jonathan Miller, and Christopher Plummer was playing Danton.

Shortly before the dress rehearsal there was some disagreement or other. Christopher Plummer was brooding in his dressing room, and Olivier, the director of the National Theatre, came down to the theatre to smooth things over. Jonathan Miller had encouraged the designers to eschew the obvious, and apart from some glass cases containing dresses, the only scenery consisted of two plaster figures accurately modelled on the male anatomy – with the skin or muscles peeled back here and there to demonstrate the working parts – standing left and right on either side of the forestage.

Both were, I think, modelled from life, one with ampler external organs than the other. It was to this one that Sir Laurence seemed drawn, and we ambled across the stage to examine it.

After a while he asked Jonathan in the familiar cracked articulation: ‘Tell me, Jon-ath-an, sum-thing I have nevah un-der-stood: how does the bludd get into the pee-nis to create an e-rec-shun?’

Jonathan fluttered his hands and explained with his characteristic hurried hesitancy that ‘it wasn’t so much the blood getting into the penis, it was more a kind of brake operation that prevented it from getting out.’

Sir Laurence pondered this in silence for a moment or two, and then said with the familiar upward inflection, ‘Ejaculatio praecox... The story of my life!’