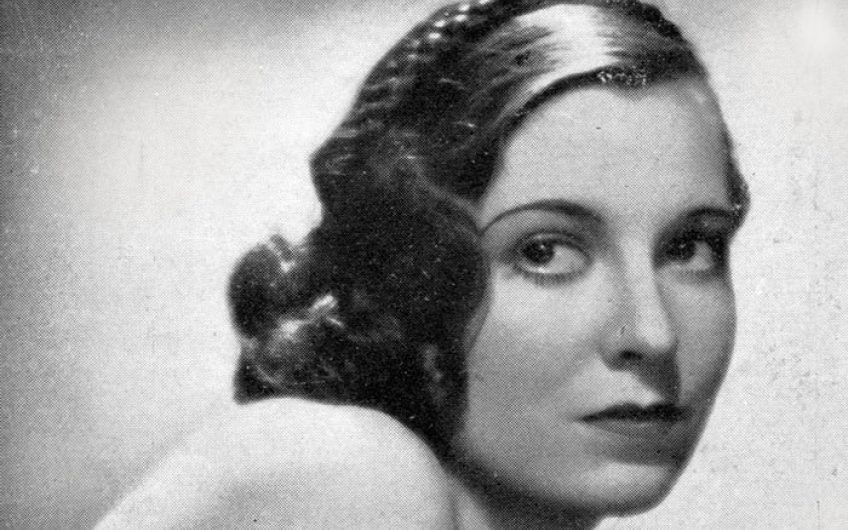 It was in the mid nineteen fifties, in Mayfair; an appropriate spot to meet a woman who had played members of the old English aristocracy on the silver screen with charming nobility.

She played the slender, virtuous Edith D’Ascoyne in 'Kind Hearts and Coronets' - competing for the delicate hand of Denis Price, against the lower-class, conniving vulgarity of her suburban rival in the film, played by Joan Greenwood. She had also portrayed the man-hating Estella in David Lean’s 'Great Expectations', victimising poor John Mills as the grown-up ‘Pip’. She also appeared in dozens of British films in the 1930s and 40s. Some years later, she played opposite Yul Brynner on the London stage in ‘The King and I’.

I hasten to add that, although it was elegant Mayfair, I was not on the occasion attired in top hat and tails like a Michael Wilding; nor did we meet in the cocktail bar of the Dorchester or Grosvenor House Hotel. The naked fact – at least, so far as my knees were concerned – is that I wore the short grey trousers and scarlet school blazer of the 13-year-old schoolboy I was and the encounter was in the assembly hall of our co-educational LCC secondry school, St. George's, off Mount Street Mayfair, where she had come to give out the prizes.

It was I imagine, about 1952; just before her marriage to John Profumo. The Christine Keeler downfall was still in the unseen, tragic future. It was a day for Valerie Hobson and us assembled children that was still ‘Springtime’ in Mayfair.'

I recall she wore one of those large summer ‘picture’ hats with a matching, wide voluminous frock, glamorously fashionable amongst post-war actresses and probably acquired from a Mayfair fashion house like Worth. Seldom had we post-wart children been treated to such glamour and scarcity value. I forget what she told me as she handed me a prize for history or woodwork or something. But I am certain it was charming and encouraging. The scarlet-jacketed, Whig, Georgian generals and colonels in cocked hats, whose many portraits anachronistically looked down on us in our assemblies, seemed to gaze approvingly.

This small scene in Mayfair, shortly after the Second World War, happened in the shifting borderlands of history; on the one side, the last retreating shadows of the almost vanished, high Victorian and Edwardian summer of social differentiation; on other, the new peacetime, egalitarian, welfare-state, high, progressive taxation, persistent rationing and a new working-class confidence; the swinging sixties ahead of us, out of sight but on their way, with commercialisation.

But still, for a moment or two, it was a world where ministers, like Valerie Hobson’s husband (like Oscar Wilde's Lord Chiltern) resigned for the disgrace of lying to the House of Commons, before going off to do charity work in the East End of London by way of penance and hope of social re-acceptance into a retreating social system. All this is captured in this recollection of her, in all her charm and beauty, on that particular day on the frontier of 1950s historical change.