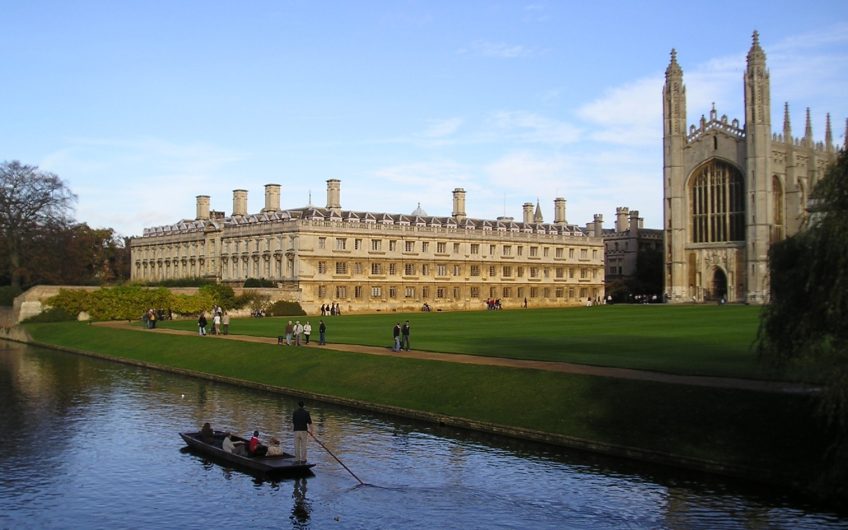 As author Bill Bryson announces he wants to leave his body to science, Beth McKinley explains why she's come to the same conclusion

The forms – one white, one yellow – sit on the kitchen table, waiting for my decision.

The accompanying leaflet contains a message from the Professor of Anatomy at Cambridge University. It tells me that completing the forms will be my last act of benevolence, reflecting a life of generosity, for which he is enormously grateful.

He is assuming much about my lived life. But I am gratified by his perception of me, and feel myself warming to his assessment.

I am mulling over the fate of my dead body – and whether to leave it to the medical students of Cambridge University to ponder over.

When I read the leaflet from the Human Tissue Authority, I was pleased to learn there’s no upper age limit for donation.

But I also see that my decision to donate my body after death for medical research is not as straightforward as I had hoped and will not necessarily be successful.

For a start, if I have the misfortune of dying at Christmas, New Year or Easter, my next of kin will ring the Human Anatomy Centre in vain. It’s closed for the holiday and bequests will not be accepted. My relations – promised in the leaflet that they can dodge the expense and emotional difficulties of a funeral – will now have to make hasty arrangements after all.

If a post-mortem – or autopsy – is needed, a medical school may decide to turn down by body.

Certain medical conditions may also mean I’m rejected: transmissible diseases such as hepatitis, HIV, septicaemia and tuberculosis, extensive malignant disease including some primary and secondary cancers, Alzheimer’s Disease (unless it can be proved that dementia has not been caused by prion disease), artificial stoma, large bedsores and varicose ulcers, peripheral vascular disease, recent operations where the wound has not healed, amputation of limbs, arthritic deformity, obesity, malnutrition and, if organs, (apart from corneas of the eyes) have been donated for transplantation, that too will eliminate me as a suitable donor.

In other words, I need to be pretty healthy when I die, in order to be of any use when I’m dead.

For those who are accepted, a touching feature of the process is the holding of a non-denominational service of committal in the Department of Anatomy at which students and staff ‘thank the donor’.

Relatives cannot attend this event nor, oddly, can they attend the subsequent cremation or burial. However, Cambridge holds a Memorial Service every year specifically for next of kin.

In addition to thanking their cadavers, students are also asked to write a tribute to them, a copy of which will be sent to the families if they so request. An extraordinary task for a medical student, in a career that is bound to be full of extraordinary tasks. Wouldn’t it be nicer for donors to get this tribute while they’re still alive?

If I pass the test – and I hope I will – my body will need to be retained for a minimum of three years. But, if I have no objection, it can be held for as long as it is useful to the study of medicine.

And it’s not only the plucky young students with strong stomachs who will do the poking about and slicing up; but also the experts in anatomical research whose findings might perhaps break new ground.

Since I started to write this, I have broken off to complete the forms. I like the idea of avoiding a funeral.

I have always dreaded funerals – the inky cloaks and suits of solemn black; the shiny hearse with its shiny cavalcade bearing the hollow-eyed mourners. Then there are the tributes, true and false, delivered by someone who may have never met the deceased; or maybe by some hapless relatives caught in the temporary glare of intense scrutiny at just the time when they are least able to bear it.

No - not for me. Let’s have a big party in a familiar garden full of birdsong and flowers and cheery faces. Not a grey January day, please. Wait till the first whisper of cherry blossom appears in April or, better still, a summer binge when the bees are buzzing around the hollyhocks and the swallows are still swooping in and out of the eaves. No eulogies, no mawkish sentiment, no tears...

I’m keen on the prospect of doing something useful – even if I haven’t done much of use in my life.

It’s a bit like a change of career. How thrilling to think of eminent clinicians publishing scholarly articles about my knobbly fingers or arthritic hammer toes.

I am assured, of course, that there is a strict code of anonymity in this business – so nobody will ever know they are my digits, even if photographs of them appear in learned medical journals.

They can keep my body as long as they like. After all, what good is it to me?

I’m delighted to think I might be a skeleton in a young man’s cupboard – and, of course, my descendants can always claim, with pride, that I went to Cambridge.

The Human Tissue Authority is responsible for body donations, hta.gov.uk