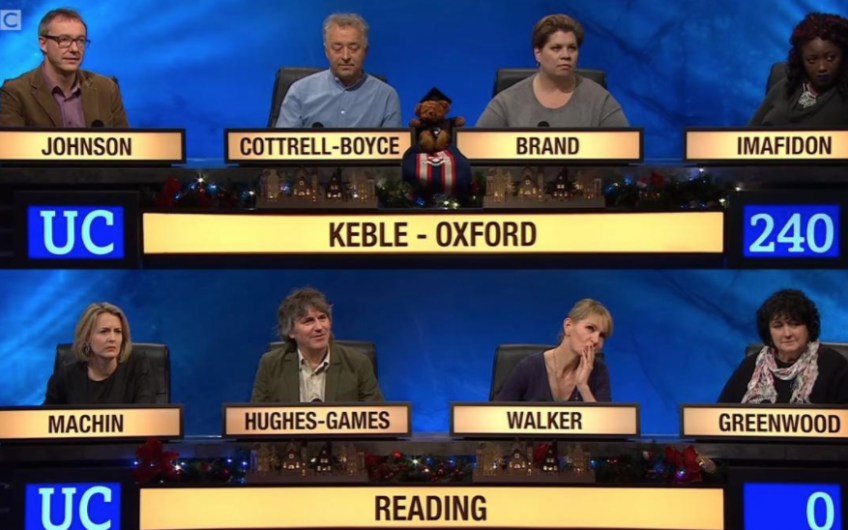 The most difficult questions Jeremy Paxman is required to ask on University Challenge tend to be concerned with science, mathematics, geography, history and politics. These are subjects with which, by and large, the contestants seem to be halfway, or even completely, familiar. The teams are knowledgeable, too, about pop music, though they’re occasionally flustered by anything performed in the first half of the 20th century. They recognise the sound that Billie Holiday made her own, but aren’t so confident with the likes of Bing Crosby or Nat King Cole. It’s with literature, art and – especially – classical music that they are often revealed to be… well, ignorant.

They’ve heard of Shostakovich, though. His name is a constant on the programme. He stands in for all the Russians – Borodin, Rimsky-Korsakov, Prokofiev and, God help me, Tchaikovsky – and does occasional duty whenever something not especially tuneful is played. His estate ought to be raking in a small fortune in repeat fees. Yet the majority of the classical music questions aren’t particularly difficult, not when it’s a matter of identifying the William Tell overture, an aria from La Traviata or a passage from a Beethoven symphony.

It’s not just the young. Over the Christmas period, the producers of University Challenge invited famous and not-so-famous graduates from universities to display their learning while the students still in the competition took a break. Shostakovich got his usual attribution, which was wrong as usual, and new heights were reached when Aaron Copland was credited with composing Brahms’s Academic Festival overture. A composer and presenter on Classic FM managed to give the incorrect answer to every easy question that came her way.

If University Challenge was just another general knowledge quiz, like the spectacularly inferior Mastermind, I wouldn’t be writing this. I am unhappy that the Humanities – a word favoured by academics – appear to be taking second place in even the most prestigious universities these days. As a teacher, I have encountered students who know more about Simon Armitage, say, than they do about Keats or Coleridge. In that capacity, too, I have expressed my admiration for Aretha Franklin as well as Maria Callas. If I prefer Bartók to Shostakovich, that’s simply a matter of taste.