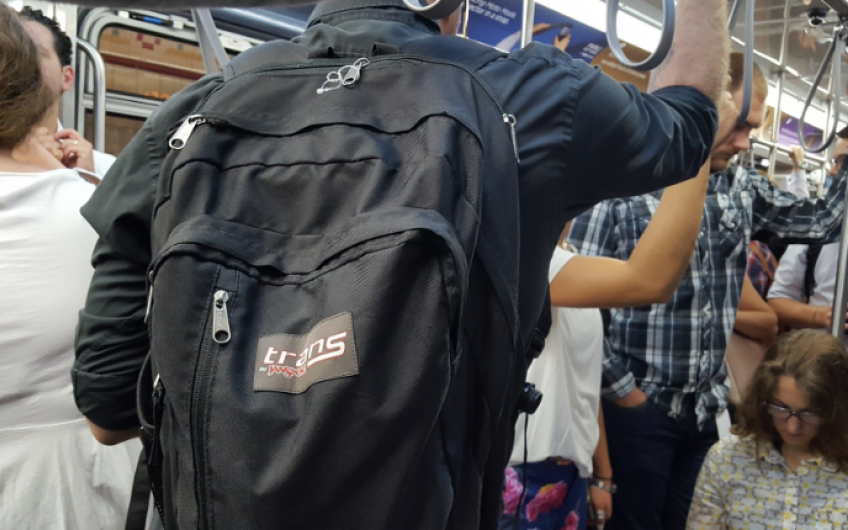 I shan’t be travelling on the London Underground this summer. The rush hours that occur in other seasons do so at predictable times of day. But from May to September the trains are crammed with people, tourists mostly, every morning and afternoon.

I am happy to walk alongside them in the always-crowded Oxford Street, say, and ready to give them assistance when they are unable to locate the entrance to a famous landmark, or are simply lost. It’s only on the tube that they fill me with terror.

Not all of them, of course. I am referring, specifically, to that copious global family – the Backpackers. They come in all colours, all sizes, all shapes. They are old, middle-aged and young. They speak languages both familiar and unfamiliar. They tend to look pleased with themselves, though I have occasionally encountered a disgruntled one.

What they have in common, apart from the family heirloom at the rear, is robust health. They bring the spirit of the Great Outdoors to the confined space of a railway carriage, and some of them behave as if they are still climbing a mountain or at least crossing a field. The unadventurous passengers in their midst look at them in awe – though, in my case, with trepidation.

Although I’m old, I look younger than my years, and, thanks to the NHS, I can ignore those who won’t give up their precious seats. That means I often have to stand next to Mr or Mrs or Ms Backpacker. It’s then that I fear for the heart that once failed me in a remote seaside town in Romania in 2002.

Some Backpackers are wealthier than their less fortunate cousins and sport state-of-the art backpacks with gleaming steel frames. They have a habit of turning round quickly, unaware of the contrivance they are carrying, and the poor wretch beside them is the recipient of a sudden stab to the chest. I was that poor wretch not so long ago. And the big lederhosened brute didn’t even say sorry.