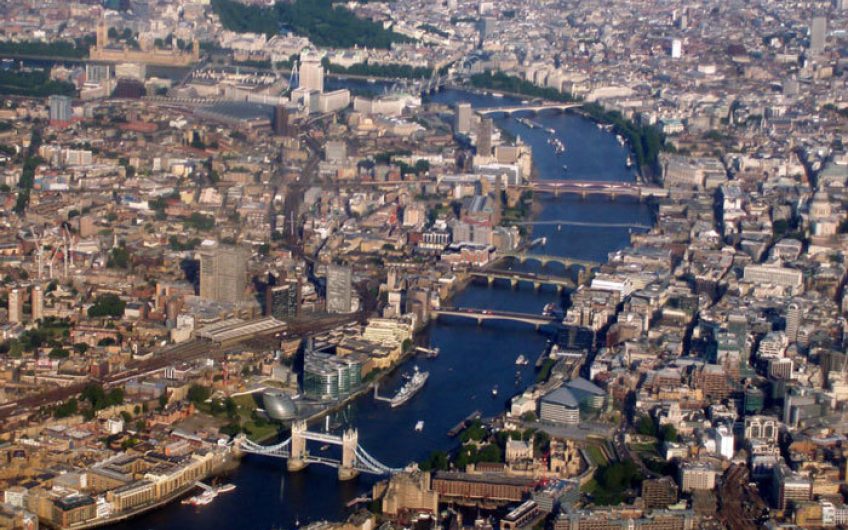 Re-entry. It’s increasingly odd. I lived my whole life in London but, when I disembark at Paddington Station now, I feel different.

I am off the Penzance train, from the fishing village I've lived in for two years, and I meet a city I no longer feel at home in. In fact, I realised with a small shock yesterday: my body now knows this. The change is complete. It’s as if the rhythms of my body, my sight and my hearing have all changed, and they no longer work here as they did. The lights are too bright. The noise is a low roar that seems to come from below the city. The people move about with purpose, unwilling to veer from their chosen track; pause and be jostled. I think: I will get no rest here. There is not a corner in this city I can rest in.

I suppose this is natural. I awake each day in Cornwall, to a bucolic, even hackneyed, gurgling stream. I walk across a tiny bridge to take my son to school, and then I walk the puppy by the sea, greeting other dog-walkers. I am used to smiles from friends and strangers, from traffic slowing down for me to cross; to chatting with the butcher, the baker and the greengrocer. I'm used to smiling at the vicar and murmuring with concern as my elderly neighbour tells me his blood pressure. I am used to village life, where people ease each other’s paths through life, because they want to, and they must.

Read the story of Tom Bawcock of Mousehole, who fished in a storm to save the village children; or the story of the tin miner who angered the small magical creatures who follow miners for crumbs, and died because he did not share his supper. In a remote land, if you don’t have neighbours, you have nothing.

London seethes with anger and neurosis and when I feel it, I remember it is, at least partially, why I left. Three years ago, a Camden tramp called me 'a f*cking fat bitch' when I told my son I would buy him a lolly; I left London shortly after that.

'You are a heroin addict,' I told him, 'and you live in a shop doorway.' He didn’t listen. Everyone judges mothers. On this trip, I hailed a black cab in Shoreditch, to take me to Selfridges. I asked for a receipt with no date. He demanded £3 extra for this service. I said no, since the fare was already £30. He called me 'a fat c*nt'. I asked him to pull over by Old Street, so I could take the Underground. He called me it again and locked the doors, thinking I would not pay, even though I had my debit card in my hand. Then I paid - as I female, I had to force myself not to tip - and he said it again in farewell.

I was upset, but I tried not to make his words the theme tune to this new London I no longer belong in. Later I stood on the top of Broadcasting House in Langham Place and admired John Nash’s church and its strange, round narthex. I will always love, and forgive, London.