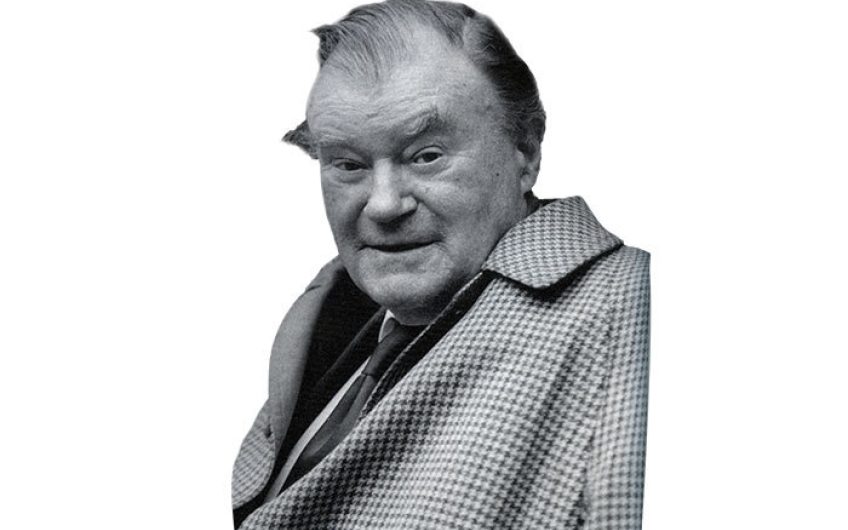 I have the impression that your passion for the classics and your respect for the teaching of the Ancients has shielded you to some extent against the realities of the modern world. Would you agree?

They have certainly shielded me against a lot of nonsense that is spoken in the modern world. Both the Greeks and the Romans were full of direct and pithily expressed commonsense, much of which would be considered unacceptable today. Also the study of the classics is a very absorbing matter, involving quite a lot of concentration and hard work, which in itself shields one from all the follies going on outside. I hardly ever read a newspaper these days except for the racing sections. Newspapers contain so much sentimental rubbish and self-pitying whining about this and that, rape and murder, or photos of politicians in silly positions sucking up to rows of proletarian children. I just don’t have time for that. The trouble with this is that when the modern world does break through, which it is bound to do from time to time, it is uniquely unpleasant.

In your book, An English Gentleman, you say that by becoming a writer one bade farewell at once to ethical restraint and to any kind of conventional status in society. Have those two factors been the cornerstones of your writing?

They were advantages that came with the trade. The point I was trying to make was that if one was a regular army man, or a don, or a schoolmaster, or a Foreign Office man, one had to observe the code, largely a Christian code – and this still applies. Writers did not have to observe a code, and I was very grateful for this.

You say that you don’t expect your novels to be remembered. Is this something you regret?

I would very much like some of my work to be remembered, but when I consider what has happened to better novelists in my own lifetime, it’s extremely unlikely that my own work will last. If you take a novelist such as Francis Brett Young, who was very important in my parents’ day – whoever hears of him now? It seems to me that in order to be remembered as a novelist you have to be of supreme merit and also enjoy a lot of luck. I could still hope in a corner of my mind not to be forgotten, but the omens are not good.

In an article in the Listener in 1962 you gave an account of your addiction to gambling in which you spoke of ‘the treasury of terror, guilt and perversity’ which it entailed. You suggested that the principal motive for gambling in your case was the desire to be punished when things went badly, and the ‘almost sexual satisfaction’ to be derived from an evening of disastrous losses. If it is indeed sexual, it is surely masochistic…

Yes, I think it is. It is quite true that all those things accompanied my gambling, and there was definite sexual excitement. That is partly to do with fear, I think. I can remember when I was a very young boy doing a long division sum for an exam and I couldn’t get it to work out. Time went on and I had no time left for other questions, and I found myself becoming distinctly sexually aroused. I also remember getting a huge erection underneath one of Aspinall’s gambling tables when I was still allowed to go there.

I now see that the only form of gambling which is really amusing is horse racing. You can’t hope to win at horse racing because you don’t know how the horse feels. That’s why hot favourites lose to 33-1 numbers, and a wail of self-pity goes up from the crowd. It’s my favourite thing, particularly if I’ve backed the 33-1 number. The point about horse racing is that it is just fun, it’s an exciting sporting spectacle, you don’t know what is going to happen, the colours are beautiful, the band plays, there are blue hills in the background, and so it becomes almost a cultural obligation to go to the horse races. Toulouse Lautrec and Degas knew this, as did lots of fine artists.

I think I’m right in saying that you regarded yourself as bisexual, which, in the 1950s, was not exactly fashionable. Did you ever wish that you were one thing or the other, so to speak?

No, I’ve been very happy being bisexual. It seemed to me the intelligent and civilised solution. It was the position taken up by all my favourite classical authors, and a lot of my favourite more modern authors, who, even if they themselves weren’t bisexual, certainly condoned the condition and sometimes actively approved it. It’s so matchlessly convenient to be able to help yourself either way if the opportunity presents.

You have a reputation for misogyny. Does it have a rational basis? You obviously have strong feelings about the worthlessness of women, their ‘inability to act sensibly’, as you put it.

These answers are not to be oversimplified. Like everybody else I’ve had a lot of experience of the foolishness of women, and the foolishness of men, too. On the one hand, men tend to be sexually vain and greedy. Women, on the other hand, tend to be possessive and domestic. This is quite simply biological, since nature tells us that women are there to have babies; they are naturally possessive of men so that a family can be formed. This can make them in any number of ways very tiresome. They don’t want their husbands to go out on a drunken evening or do jolly things like racing, because that uses up money which is meant for babies. I find this aspect of women particularly tedious.

Also this business of wanting to be in on male things. Women have gone to endless trouble to penetrate male clubs. Well, if they want clubs, why can’t they have their own? After all, it’s very good for people to be able to get away from the opposite sex, for women as well as men.

While you were at King’s it came as a shock when your girlfriend Susan Kilner announced she was pregnant. The prospect of marriage appalled you, yet you caved in under pressure ‘to do the decent thing’. Was this not uncharacteristic behaviour – I mean, to do what was expected of you?

No. I was afraid that her parents might make a row and that I might as a consequence lose the studentship I’d just got, and that I would be expelled. Obviously something had to be done, but it was very much on my own conditions.

I never lived a day under the same roof with Susan after we married. It was on my own terms that I married her, and the whole thing quietened down very nicely, largely because of her great good sense and cooperation.

Do you think your son was psychologically damaged by this arrangement?

I don’t see why he should have been. He always knew where I was, even if he didn’t see me very often, and I’ve always been on friendly terms with him. He’s now well over forty and we go racing together quite often, and we travel abroad together sometimes. He’s a very good driver and a good chap to have on a trip, as long as he doesn’t drink too much and ask for all the most expensive things on the menu.

About 25 years ago you said: ‘The English, by and large, are the last decently behaved people in the world.’ Do you still believe that to be true?

I do, despite all the nonsense that goes on. The great danger is so-called political correctness, which could make Nazis of us all in the end. All the informing which goes on, and all the silly judgments which interfere and undermine. I don’t think it’s too bad in England yet, and on the whole we’re still a very decent, tolerant lot.

In your own obituary, which you were invited to write some years ago, you complimented yourself on your loathing for what Orwell called ‘smelly little orthodoxies’ and what are sometimes called ‘modern sensitivities’. What would you include on your list?

The whole bother about race – that’s one smelly orthodoxy. I’m perfectly prepared to accept the fact that I need to call anybody of any creed or race equal, but I see no reason why they should be subjects of special consideration. Why on earth should they be? They’ve got to put up with things like anybody else. The whole business of equality can be solved by decency and commonsense, instead of all this going round making doctrinaire fusses and having special institutions. The Race Relations Board does nothing except make trouble.

Another orthodoxy I have nothing to do with is this matter of equal opportunities for women. If women are as good as men, then let them have the job by all means, but don’t make a great sort of fuss about it and say there’s got to be a quota. That’s a big smelly orthodoxy. And as far as I am concerned, Christianity is another. Belief in Christ is not necessarily smelly, nor is belief in God, but Christianity as it stands is most definitely smelly, from the clap-happies to the most severe Catholics. There are inquisitors in our midst; they may not use heated tongs, but they are inquisitors just the same.

The weed that may feed the world