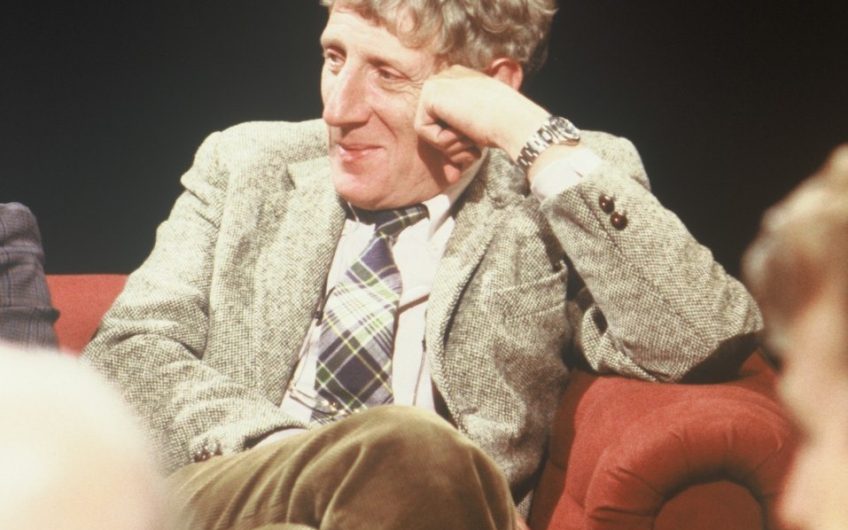 On the 60th anniversary of Beyond the Fringe, Roderic Dunnett remembers Jonathan Miller, the gifted writer and opera and theatre director

Philosopher, Psychologist, Medic, Theatre Director, Opera enabler: Jonathan Miller was that most elusive, and enviable, of beings: a polymath.

I suppose Stephen Fry is one of the best examples today, or – say – Simon Sebag Montefiore. Those who can hold forth, engagingly, on any subject, and write about it, too.

Miller tended, he said recently, to be ignored, or uninvited, to direct these days. Even in the Eyre and Hytner eras at the National, he was not heavily in demand. Nor by the ever-changing regime of ENO [English National Opera], where his Don Giovanni, 1930s La bohéme and ‘Mafia’-imbued Rigoletto (assured moneymakers) got revived season after season, but which has now lurched to engage less obvious or, he would accept, younger directors.

But his vast intellect, spotted early by those of us (and we were many) who lived through and relished the Beyond the Fringe and TW3 days, took him to the very top. His Mikado – yes, he did do funny, too, as the Fringe showed – is already back as the Coliseum’s Christmas show. But not all funny: he was due to direct Kátya Kabanová (Janáček) in a return to the Met [Metropolitan Opera] in May next year [2020].

If he was not called on so much in England, he continued to shine abroad, particularly in Europe (Italy, France, Denmark, Austria) and the US (New York, Seattle) and, in recent years, Tokyo; even Mexico. So work did not elude him.

But much had preceded. One gem was his directing Laurence Olivier in The Merchant of Venice while he was one of the supreme ham’s assistant directors at the National (Old Vic). The story goes that, exasperated, Miller said to his bridling star, ‘Larry, you can have the teeth, or you can have the nose, but you can’t have both’.

Anecdotes like this must have abounded, for the super-intellect of Jonathan Miller (awarded a CBE and latterly, like Fringe co-star Alan Bennett, deservedly knighted) could swoop down on any actor or interlocutor with a damning, jaw-dropping, or side-splitting, beautifully crafted bon mot which meant his casts were endlessly entertained – and hence motivated.

That’s just it. Miller staging were fun. And packed with canny detail, and subtle innuendo. The polymath, or clever-clogs, in him produced uncanny results, just because he could see things in a text, and communicate what he saw in rehearsal to his performers. There are some directors you learn a lot from; indeed learn your craft from. Miller was one of those.

He directed (for TV) John Cleese as Petruchio [in The Taming of the Shrew], Anthony Hopkins in Othello, Michael Hordern as Lear. Yet at the same time he could make space for lots more. Atheism: A Rough History of Disbelief dazzled TV audiences with its depth and its daring.

Fabulously well-versed as a director, he wrote much about the art of performance. What will he remembered for, this sage? For everything he did, I guess. For being a massive enabler; and surely, in all aspects of culture, a giant. Lucky are those that knew him.

What is a Karen? - Richard Godwin