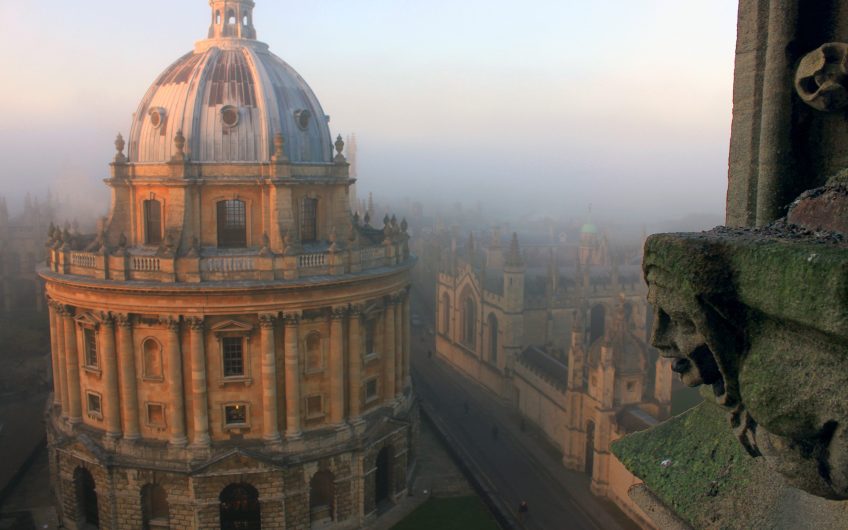 Last month marked the centenary of the birth of Edmund Crispin, the nom de plume of Bruce Montgomery (1921-1978), one of the most precociously gifted but unfairly neglected of all 20th century English crime fiction novelists.

A contemporary and friend of both Philip Larkin and Kingsley Amis at St. John’s College, Oxford, in the early 1940s (where he studied Modern Languages), Montgomery was also the college organ scholar and choirmaster and would go on to great accomplishments in the fields of both literature and music.

In addition to his detective fiction written under a pseudonym, Montgomery was also a highly talented and successful composer, especially for the early films in the Carry On series and other film scores in the 1950s and 60s.

However, after a flurry of early career triumphs, his life was blighted by bouts of heavy drinking. He retired to Totnes in Devon, visited London as infrequently as possible, reviewed crime fiction novels for the Sunday Times, married his secretary and died from alcohol-related complications aged 56.

But let’s momentarily forget the somewhat lugubrious later life and instead focus on the glorious art of his early years. Crispin’s oeuvre of detective novels is a thing of consummate beauty. Set in the main in post-war Oxford, his novels are unashamedly erudite, replete with myriad canonical literary and musical allusions, gently humorous and exquisitely written, with a wonderfully rich, ornate vocabulary, not to mention ingeniously plotted, with many seemingly unfathomable "locked door mystery” plots.

Furthermore, they all feature Gervase Fen, an Oxford Professor of English Literature, as his charmingly eccentric detective protagonist (reputedly modelled on Montgomery’s own Oxford tutor W. G. Moore (1905 - 1978), as well as a host of other deftly delineated characters, such as fellow academics, former students, current undergraduates and local citizens.

With the customary backdrop of the fictional St. Christopher’s College (located next to St. John’s College), Crispin’s novels are hugely entertaining, as well as rather addictive.

I was first alerted to Crispin’s brilliance some years ago in a piece by renowned former Telegraph theatre critic Charles Spencer, who in a 2010 column exhorted his readers thus: “Instead of dwelling on Crispin’s melancholy later years, seek out the novels of his gilded youth, and discover this quirky, comic and greatly endearing English crime writer at his best.” To this day, I remain immensely grateful to Spenser for putting Crispin firmly on my radar.

Crispin’s true genius - beyond the writing of these extremely satisfying, page-turning whodunnits - is arguably to articulate in gleeful, almost ludic prose the supercilious egos, the rampant peccadilloes and the petty rivalries of the arcane, scholarly coterie, but also the manifold joys, not to mention charms, of life amidst the dreaming spires in mid-twentieth century, post-war Britain - a period we often swiftly dismiss as unremittingly bleak, austere and doleful.

The individual faces which frequent the streets of Oxford may now be very different, but the city Crispin describes is still readily recognisable, as are the types of people with which he populates his novels - a testament to his acute psychological acumen, rare in one so comparatively tender in years. Humanity seldom changes, and nor does the full gamut of human emotions which underpin our quotidian behaviour, including our darker, more atavistic impulses and baser instincts, which he brilliantly captures.

Whilst they can admittedly be seen as period pieces from a bygone era (one naturally thinks of his friend Larkin’s elegiac line “that will be England gone”), with manners, morals and mores to match (some which would not pass muster nowadays), the novels still deserve to be infinitely better known and much more appreciated than they are - especially in this, his centenary year, for their stylistic panache, narrative verve and unique literary charm. The sartorial choices of Crispin’s characters might well be dated and some of the vernacular dialogue set in linguistic aspic, but little else is - and, whilst not perhaps of direct contemporary relevance, there is a discernible modernity of outlook in places.

Despite being a remarkable testament to the precocious flourishing of youthful talent, albeit one subsequently dissipated by dipsomaniacal indulgence, with a genuinely sad denouement and a tragically early demise for their author, Crispin’s novels are sprightly, vivacious and, notwithstanding their murderous subject matter, evoke the power, frivolity and ebullience of a vigorous mind in his salad days, fresh out of Oxford, wearing his learning lightly, the world at his feet.

So what could be a more fitting tribute to Montgomery this autumn than to toast yourself some crumpets, make a nice cup of tea and pick up an Edmund Crispin novel? In so doing, you will be diving headlong into a world of bitterly cold, Oxford winter days, of cerebral sleuthing on Broad Street and The Turl, of quintessential Englishness, academic badinage, rambunctious adventures and, of course, dastardly murder, all described with the cleverest, most elegant and most insouciant of touches.