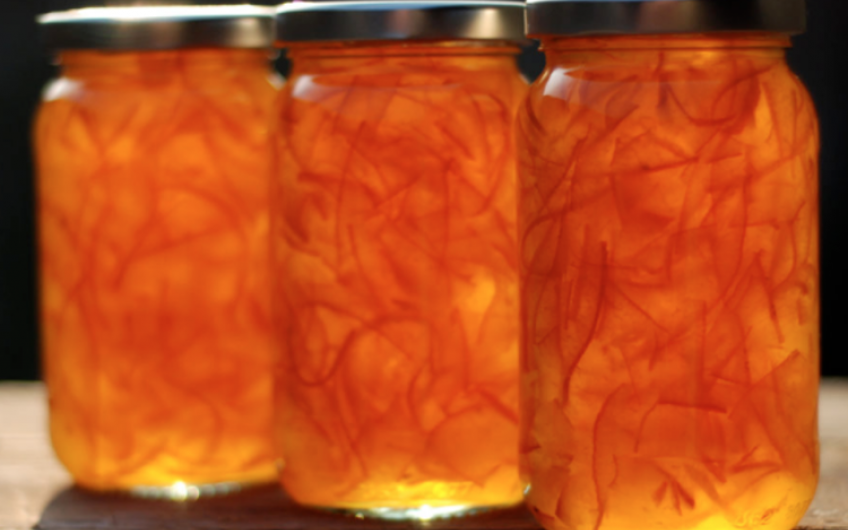 A recent Telegraph article has suggested the young can't handle bitty things to spread on their toast - and so marmalade is apparently in decline. Elsewhere, in our mad, waist-obsessed times, it has been attacked for having too much sugar in it.

Unbelievable! Marmalade is the king of them all: subtle in taste and texture. And also in name. At the moment, there's a tremendous correspondence going on in the Times Literary Supplement about its origins. Antonia Fraser wrote to the magazine, telling the charming legend of its origins.

One day, so the story goes, the young Mary Queen of Scots was taken ill at the French royal palace where she was brought up. A concerned chef set about creating a cure for his mistress. As he stirred the orangey mixture, he muttered to himself, 'Marie est malade, Marie est malade...' And so the name was born.

Another TLS correspondent, Alan James, gives a more conventional explanation. Marmalade apparently comes from the Portuguese 'marmalade', meaning 'made from marmelo', Portuguese for a quince. Marmelo in turn comes from the Greek melimelon, 'honey-apple'.

Perhaps the second explanation rings truer; but I prefer the first. Whatever the origin, it tastes lovely!