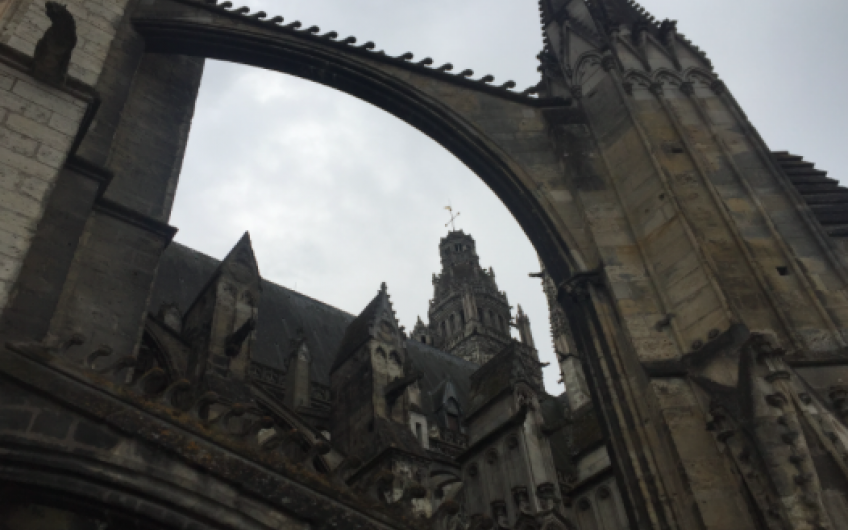 Here, at Tours Cathedral in the Loire, I'm surrounded by flying buttresses. In this photograph alone, there are seven (look closely at the little ones attached to the tower in the background).

What a joy they are! Gracefully arched, you might think they are decorative. In fact, they are entirely structural, working against the outward pressure of the nave walls and towers they support. They are that much more powerful than attached buttresses - that is, vertical towers of stone attached to walls all the way down their length. We inadvertently realise this when we stand away from a car or cupboard door to close it. If we put our bodies right up against the door, we wouldn't produce such intense pressure.

The northern French worked this out in the first Gothic building - the 12th century church of St Denis on the edge of Paris. Tours Cathedral was built shortly after, in the late 12th century.

The flying buttress was one of the three elements that make for a Gothic building, along with rib vaults and pointed arches. All those elements allow the building to be taller, and carry more weight - all of them add so much beauty.